The Skyworth G90 48" 4K OLED gaming monitor/TV went on pre-sale in mid-June in China and the first deliveries are expected any day now. The official model name is Skyworth F48G9U. This is a real hybrid between a gaming monitor and a TV. The product features a 48-inch 4K OLED display with a 10-bit color bit depth and 120Hz native refresh rate. It covers 99% of the DCI-P3 color space and has 1 ms GTG response time. VRR, HDR10, and Dolby Vision are supported. In addition, the monitor has a 450 nits brightness maximum brightness in SDR and a peak brightness of 900 nits.

Skyworth is one of the first companies in the industry to apply 3D LUT professional color correction technology to displays. In order to achieve better color accuracy, it uses CalMAN technology to perform automatic correction of up to 3000 color points, fine-tune gamma, and white balance. Moreover, this gaming monitor/TV arrives with its own system-on-chip which tackles key problems and optimizes the CalMAN data conversion algorithm, so that the data exported can be accurately adapted to the display. The Skyworth G90 arrives with an △E<1.5.

In addition to its own SoC, the Skyworth F48G9U also arrives with two operating systems. The first is Skyworth's own CooCaa OS 8.0 for TV. The second is dubbed Parallel Vision OS and is created especially for Skyworth's e-sports monitors and is used when playing games. You can switch easily between the two simply by pressing a button on the remote control.

The Skyworth G90 48" 4K OLED has a Y-shaped stand with a cable management system. It allows for height adjustment up to 90 mm and can be removed for VESA wall mounting (200 x 200 mm). The display's rear shell design is called "Combat Wings" and features SKyworth's Atmoglow LED lights with 7 colors, 6 modes, and 3 levels of brightness. A magnetic cover attaches to the rear shell hiding the connectivity ports which include a LAN port, two HDMI 2.1 inputs, an HDMI 2.0 port, a USB 2.0 and two USB 3.0 ports, a headphone jack, and what looks like a cable/antenna input. An IR blaster is also available.

Moreover, the Skyworth F48G9U supports Wi-Fi 6, Bluetooth 5.0, DLNA. The model is equipped with two 8W speakers with Dolby Atmos and DTS-X support. A five-way joystick button is placed on the rear shell for quick access to settings. The display has an anti-reflective coating. Currently, the model is available in China only. 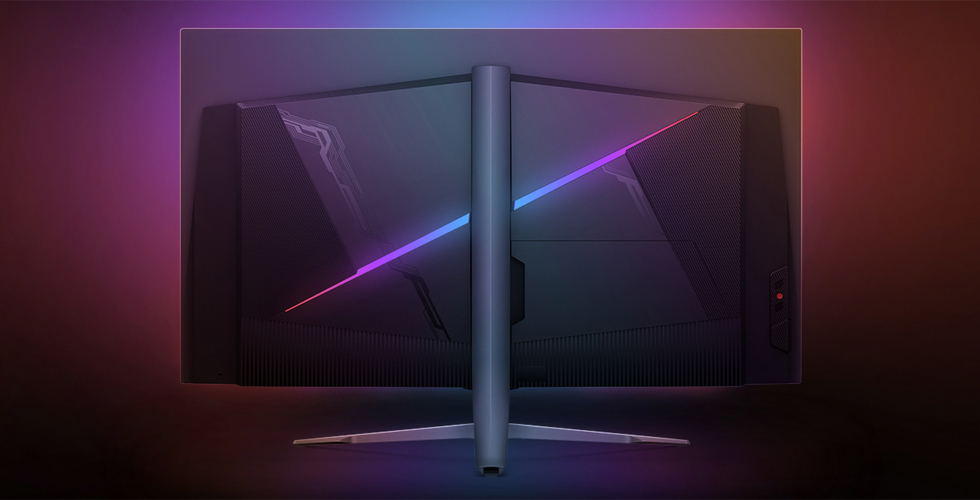 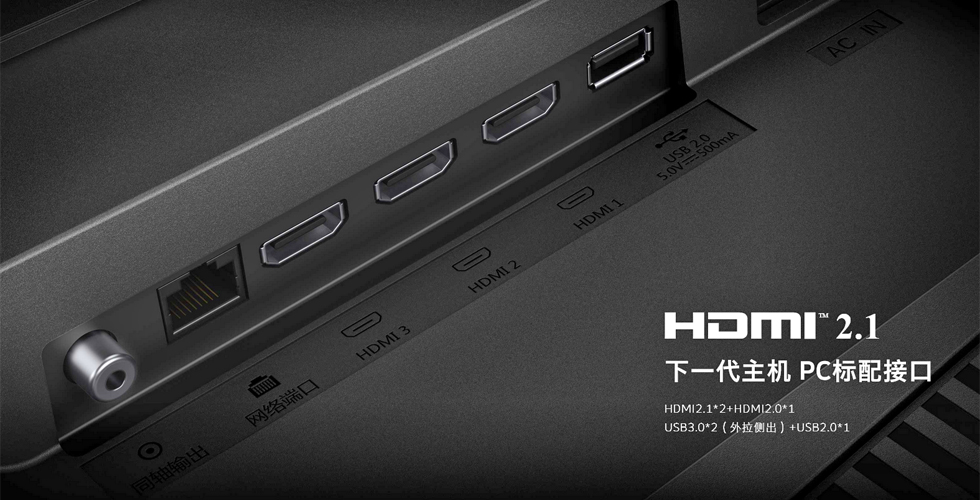