To simplify connection and compatibility with HDMI devices that support VRR, the automatic VRR verification process has been improved as well. On P-Series, you also can take advantage of the Nvidia RTX30, a new 4K 120fps HDMI graphics card, for frustration-free, high-performance connectivity that supports multiple VRR technologies. 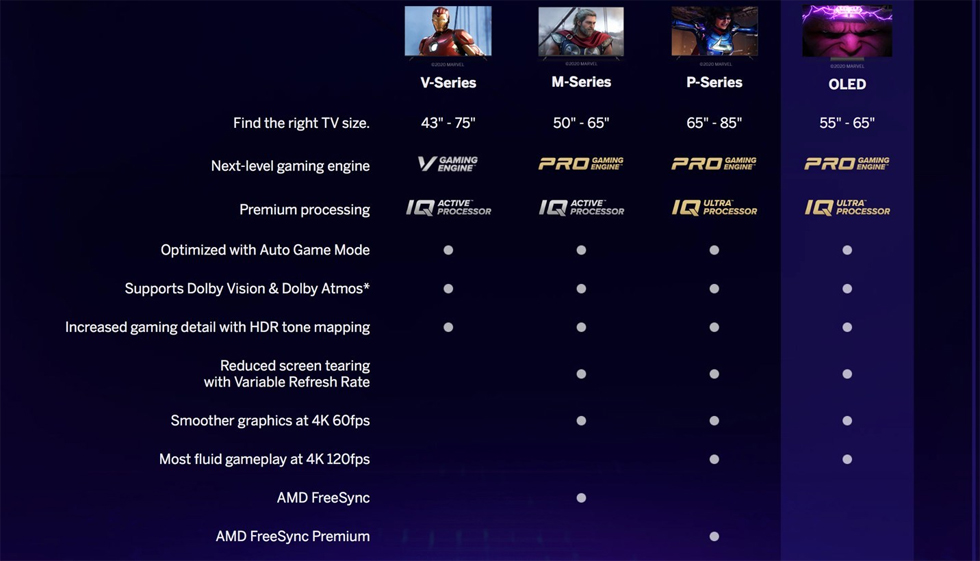 Vizio has recently announced its all new SmartCast M-Series Ultra HD HDR Home Theater Display collection. All models from the M-Series arrive with the Google Cast protocol with support for Ultra HD and HDR playback with Dolby Vision support, a pre-installed VIZIO SmartCast app and a 6-inch Android Tablet Remote. Each model also features a Full-Array LED backlighting with up to 64 Active LED Zones for more detailed...