At the IFA 2017 in Berlin, TCL has introduced a new range of QLED TVs with AI. "Today marks a significant milestone for TCL, as we continue to innovate on behalf of our sophisticated global customer base," said Tomson Li, Chairman and CEO of TCL Corporation, pledging to become a global leader in smart products and Internet services. 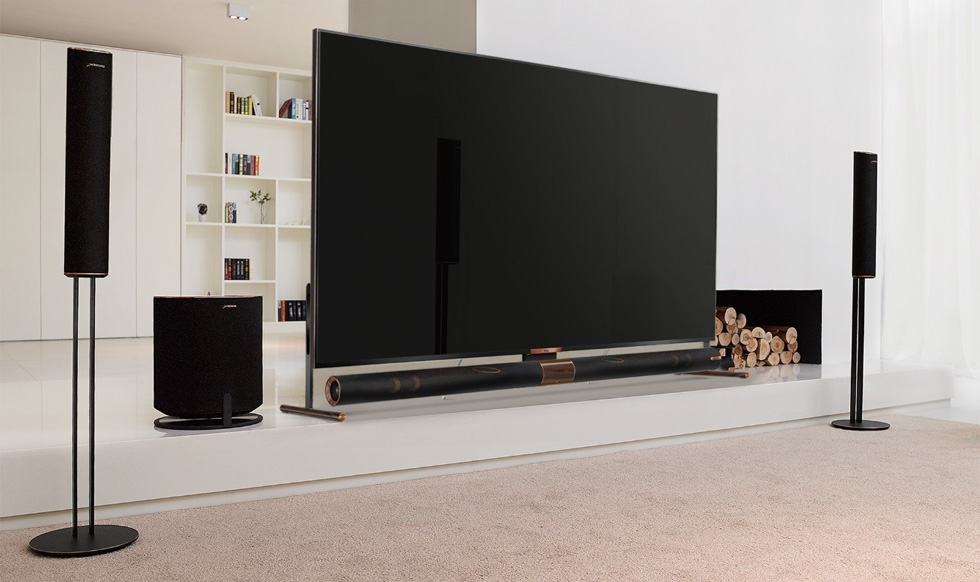 The first model from the range is the 85-inch flagship XESS Private Theatre X6, which adopts Quantum Dot display technology and supports Dolby Vision HDR. It has a peak brightness of 1200 cd/m2 and its colour purity is 58.3% better than that of traditional TVs. The contrast ratio (12M:1) is increased by local dimming supported by 1200 LED backlights. The model features a Harman Kardon sound system and supports Dolby Atmos sound technology and DTS: X 7.1.4 technology. It is also one of the slimmest super-sized TVs with a profile of 24.8 mm, which is the thinnest one among TVs with a diagonal size larger than 80 inches.

The second model is the P6 TV from TCL's Popular series. The mid-ranger is available in 43"-65" sizes and delivers HDR picture quality via 4K UHD display technology. Its micro-dimming provides great contrast. The onboard Sports Mode optimises live-action images with the help of studio-level Dolby 5.1 surround sound. This TV also has a very slim body and a 4.8mm narrow bezel. The P6 TV will be launched in overseas markets from Q4 2017.

TCL's QLED projects are a logical market move as it has already joined Hisense and Samsung in forming the QLED Alliance. In the first quarter of 2017, TCL ranked in top three for global TV shipments, with a market share of 7.3%, according to IHS. In the first half of 2017, TCL LCD TV total sales volume rose by 12.2% year-on-year.Origen
The TCL X91/X915 QLED TVs receive global IMAX Enhanced certification

Samsung UK has announced in an official press release that if you pre-order a 2020 QLED 8K TV, you will get a free Frame TV. This exclusive promotion is valid starting today (March 11) until April 7th. More information can be obtained from the source link below. The 2020 QLED 8K TVs feature an advanced AI technology that delivers a whole new 8K experience through product-wide innovations ranging from image quality...

As of today, Samsung has also listed the prices and specifications of some of its 2020 models for the European market. Here we list all currently available and will update this listing over time with specifications and respective prices where needed. We have noticed some differences in the prices for certain models which are within 100-200 euros depending on the market - France, Italy, Germany, etc. Where possible...