Samsung China took to its Weibo page for the past few days to tease its new Odyssey G9 gaming monitor. Known in China as the "Dragon Knight", the Odyssey series has the G9 as its top-level monitors. For sure, the new 2021 Odyssey G9 Neo gaming monitor upgrades last year's model. The most noteworthy difference is that the 2021 Samsung Odyssey G9 Neo a.k.a. Samsung S49AG95NC will use a Mini LED backlight with 2048 Mini LEDs. The display panel is a VA-type one with a 1000R curvature and a resolution of 5120 x 1440. It covers 95% of the DCI-P3 color space and offers a peak brightness of 2000 nits. [UPDATE] VESA DisplayHDR 2000 certification does not exist currently and VESA explicitly states that the use of such a logo is illegitimate [END]. Just like last year's model, the new one offers a refresh rate of up to 240Hz and 1 ms MPRT. It is AMD FreeSync Premium Pro and NVIDIA G-Sync Compatible certified. On the back of the display is placed what's called the "Ring of Victory" - a circular module with LED lights that supports 5 models and 52 colors to create a suitable ambient atmosphere while gaming. The Samsung S49AG95NC has also been listed on the TaoBao online store, however, very often early listings on this store have mistakes, so we will follow up the details after an official announcement of the full specifications from Samsung. The official announcement is expected to be on April 30th. You can check out the monitor which features in a video with Samsung Odyssey's brand ambassador Faker. 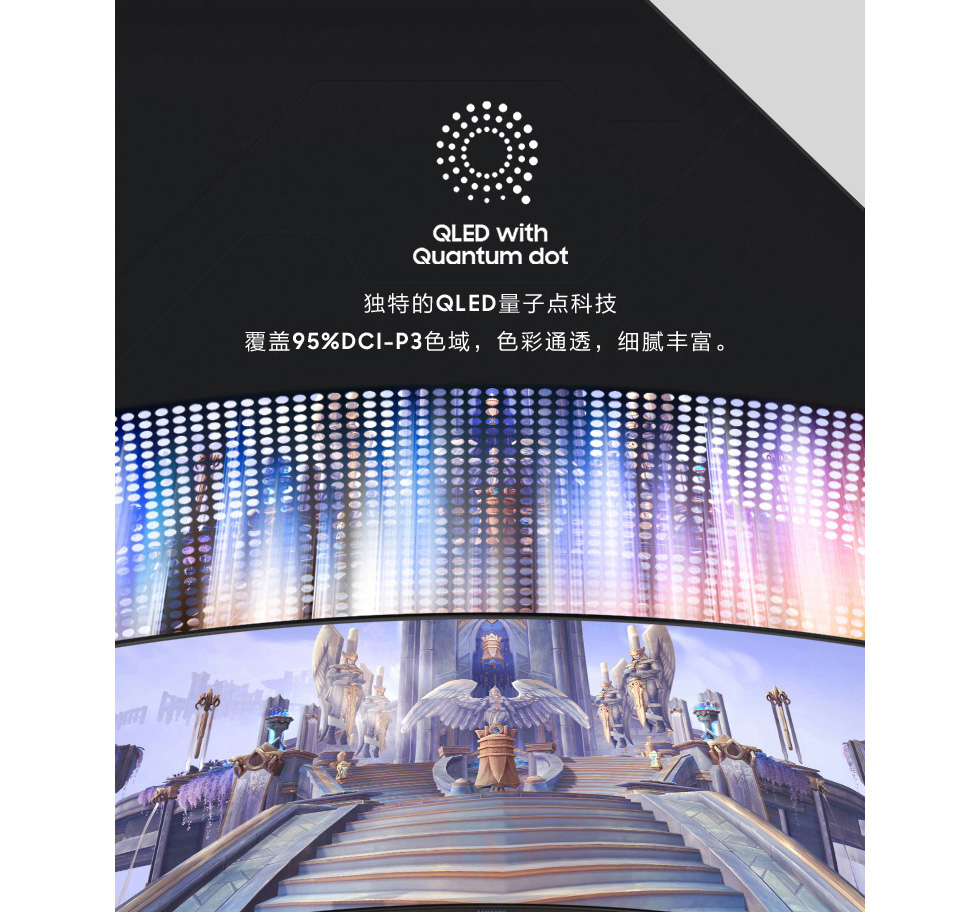 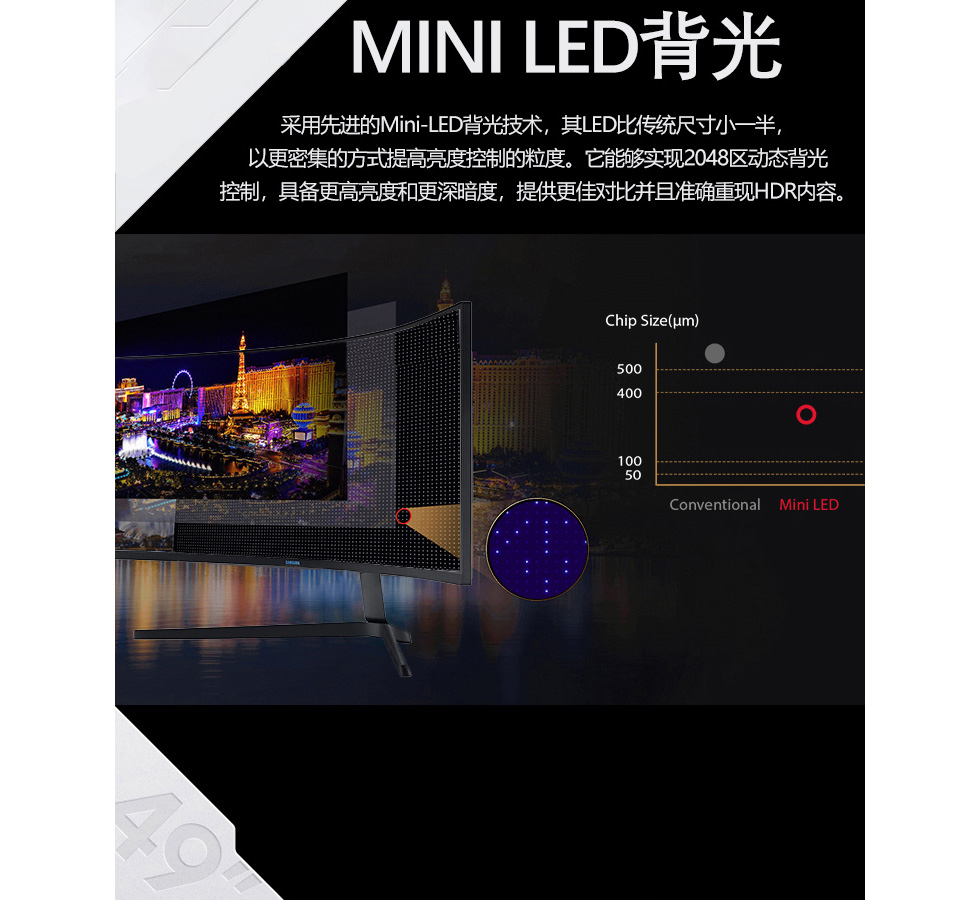