Asus has unveiled a new monitor from the ROG Strix series dubbed Asus ROG Strix XG27AQM. This monitor is fitted with a 27-inch Fast IPS display with a QHD resolution (2560 x 1440) offering 400 nits of peak brightness and 1000:1 static contrast ratio. The display panel covers 150% of the sRGB color space and 97% of the DCI-P3 color space. 8-bit color is supported. Asus mentions 0.5 ms GTG response time but this is most likely 0.5 ms MPRT.

The most interesting feature of the Asus ROG Strix XG27AQM is that it supports up to 270Hz refresh rate (overclocked) via the two DisplayPort inputs. Via the two HDMI 2.0 ports it supports up to 144Hz. In console mode, it supports FHD at 120 Hz and QHD at 60Hz when using PS5, and QHD at 120Hz when using Xbox X/S series. The monitor is NVIDIA G-Sync Compatible and supports ELMB (Extreme Low Motion Blur) Sync along with Adaptive-Sync technology. Several Asus gaming-centric features are onboard as well including GamePlus, GameVisual, Multi HDR Mode, Shadow Boost, Trace Free Technology. The Asus Aura Sync Lighting on the back is present as well. 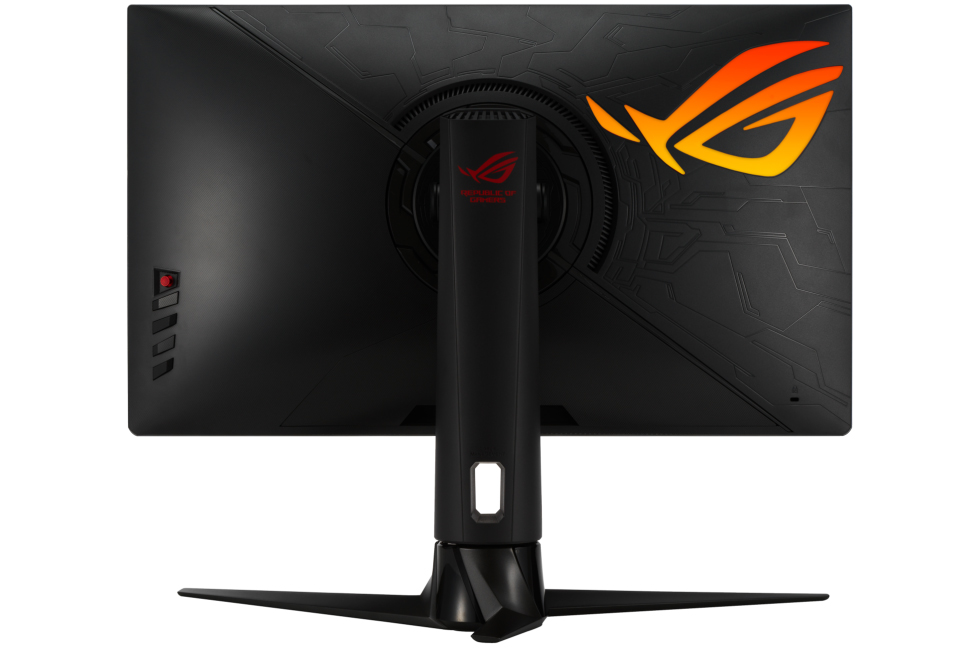 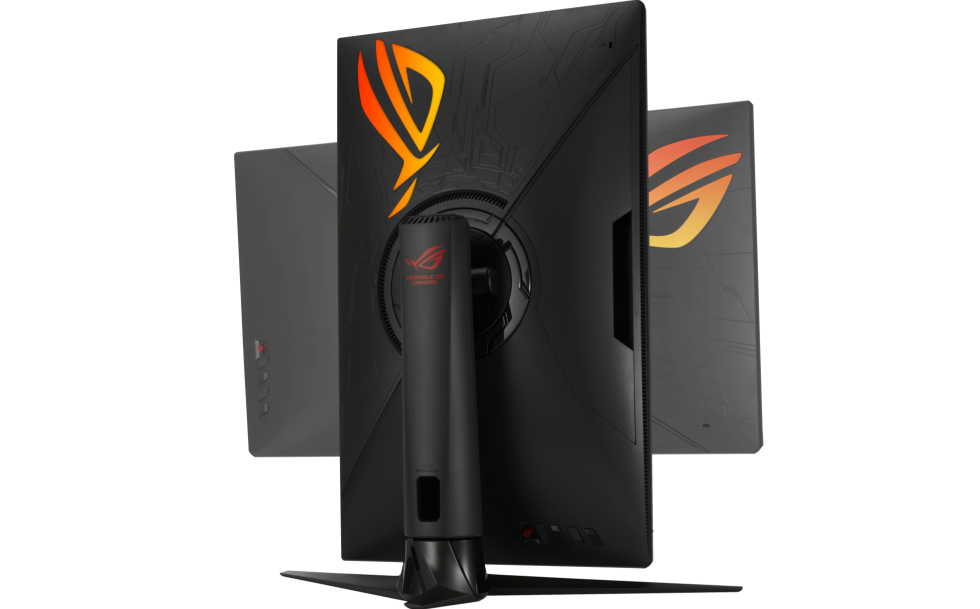 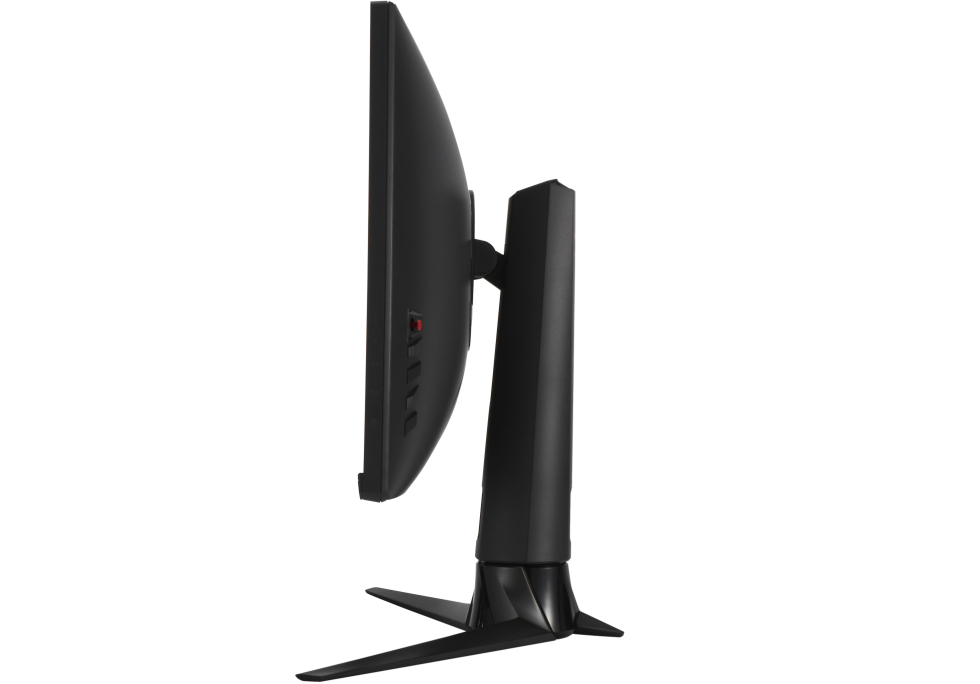 Asus has released a pair of business monitors with TUV Rheinland-certified flicker-free and low blue light technologies - the Asus C1241QSB and Asus C1241Q . The two models are quite similar. Both have a 23.8-inch FHD IPS display with 250 nits of typical brightness and 5 ms GTG response time. Thanks to Adaptive-Sync support, they provide up to 75Hz refresh rate. Color Temperature Selection, GamePlus, Asus's Splendid...

Asus has unveiled a new 34-inch ultra-wide QHD (3440 x 1440) curved monitor with a 21:9 aspect ratio and 1900R curvature for panoramic gaming. Dubbed Asus ROG Strix XG349C, it arrives with a Fast IPS panel offering 180Hz overclocked refresh rate and 1 ms GTG response time. The panel covers 135% of the sRGB and 98% of the DCI-P3 color space. The model is VESA DisplayHDR 400 certified providing a typical brightness of...

The Asus ProArt PA32UCG-K has just been announced. It is identical to the Asus ProArt PA32UCG from 2019. The difference between the two is that the new model arrives with an X-rite i1 Display Pro Calibrator in the box. This monitor is targeted at game developers, cinematographers, colorists and other professionals. It features a 31.9-inch 4K IPS display with a Mini LED backlight with 1152 local dimming zones...

Finally, the full set of specifications of the Asus ROG Swift PG32UQX are out. This is a high-end gaming monitor that packs a 31.9" IPS display panel from AUO with a 4K resolution and true 10-bit color support. The panel employs Quantum Dot technology and covers 160% of the sRGB and 98% of the DCI-P3 color space. The typical brightness of the model is 500 nits and the peak one - 1400 nits, hence the VESA DisplayHDR...

Asus first showcased the ROG Strix XG43UQ in August 2019 during Gamescom 2019. Back then, the monitor was only teased with scarce information. It was one of the two models with Display Stream Compression (DSC) - an industry compression standard for UHD video streaming through a single interface, with no visible loss of quality. At CES 2020, Asus hinted at launching this monitor but it launched a similar one instead...

Asus has launched a new monitor from the TUF Gaming series. The Asus TUF Gaming VG32VQR features a 31.5-inch VA display with a resolution of 2560 x 1400 pixels and a curvature of 1800R. With a typical brightness of 400 nits and a peak one of 450 nits, the monitor supports HDR10 and is VESA DisplayHDR 400 certified. The static contrast ratio is 3000:1 and GTG response time is 4 ms. This gaming monitor supports AMD...

Asus has unveiled a pair of 31.5" Eye Care monitors which have identical designs and footprint, connectivity and ergonomic options. The main difference between the two is the display, so here we go. The Asus VP32UQ has a 4K UHS (3840 x 2160) IPS display with a 31.5-inch diagonal size, 100% sRGB, 4 ms GTG response time, 350 nits brightness, 1200:1 static contrast ratio, 60Hz maximum refresh rate. The Asus VP32AQ has...

Today, Asus unveiled its 2021 monitor lineup that includes diverse gaming, ProArt, and ZenScreen solutions to meet the needs of gamers, content creators, and business customers. For PC and console players, Asus has prepared five new gaming monitors. The first has been unveiled yesterday - the Asus ROG Swift PG32UQ. This is the world's first 32-inch HDMI 2.1 gaming monitor and features a 144 Hz IPS panel with a 1ms...

The Asus ROG Swift PG32UQ is announced at CES 2021 with HDMI 2.1 and DSC technology

Asus announced the ROG Swift PG32UQ gaming monitor at CES 2021. This is the world's first 32-inch HDMI 2.1 gaming monitor and features a 144 Hz IPS panel with a 1ms MPRT. It has two HDMI 2.1 ports to support up to 4K visuals at up to 120 Hz on the latest gaming consoles. It also has Display Stream Compression (DSC) technology, a compression standard for transporting ultra-high definition video streams across a...

Today, the Asus ROG brand for gaming gear teased HDMI 2.1 gaming monitors. The ROG event part of the CES 2021 is scheduled for tomorrow - January 12 at 10 am PST.