Dell announced the Alienware AW2521HF gaming monitor at CES 2020 on January 2. Back then, the NVIDIA G-Sync certification for compatibility was pending but now, when the model is available for purchase, it is officially certified as supporting both NVIDIA G-Sync (Compatible) and AMD Radeon FreeSync. The monitor costs around USD 500 in the USA.

The Dell Alienware AW2521HF features a 25-inch Fast IPS panel with a resolution of 1920 x 1080 pixels and 178-degree viewing angles (h/v). The typical brightness of the model is 400 cd/m² and the typical contrast - 1000:1. The display covers 99% of the sRGB color space. The manufacturer specifies a 1 ms GTG response time in Extreme Mode, 2 ms in Super Fast Mode, and 4 ms in Fast Mode. As already mentioned, the monitor supports up to 240Hz refresh rate. AlienFX RGB LED ambient lighting on the back of the monitor is provided as well.

The Dell Alienware AW2521HF offers plenty of connectivity options. For starters, there's a USB 3.0 hub with four downstream ports (Type-A), one of which supports power charging. In addition, the monitor has a USB Type-B 3.0 upstream port. A 3.5 mm jack is provided for connecting headphones or external speakers, and a line-out port for connecting speakers is there, too. Finally, the model arrives with two HDMI 2.0 ports and one DisplayPort 1.2.

The Dell Alienware AW2521HF is equipped with a solid stand that comes with a convenient stand release button and cable-management clips for a neater setup. When removed, it unveils 100 x 100 mm VESA mounting holes. When on, the stand provides full ergonomic adjustment. It can be adjusted in height with up to 130 mm. The tilt adjustment varies from -5° to 21°. The display can be swiveled in either direction up to 20° and pivoted in either direction at 90°. 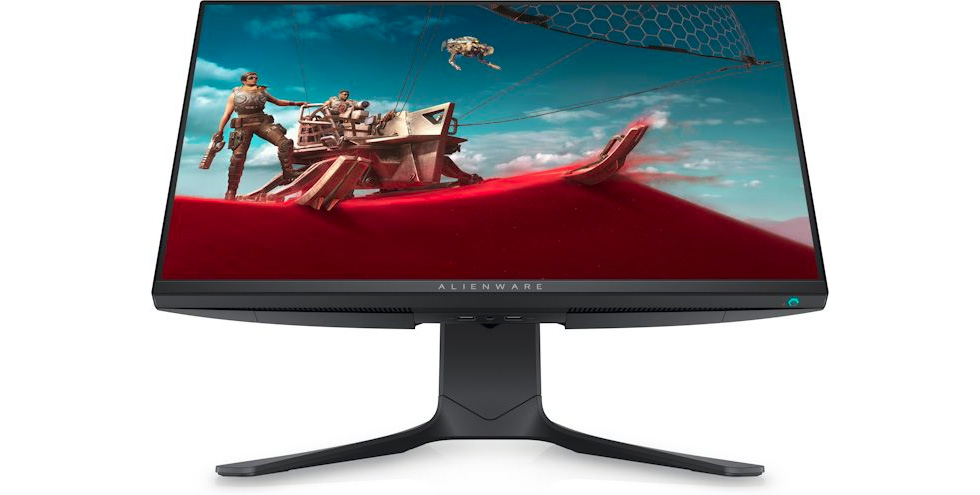 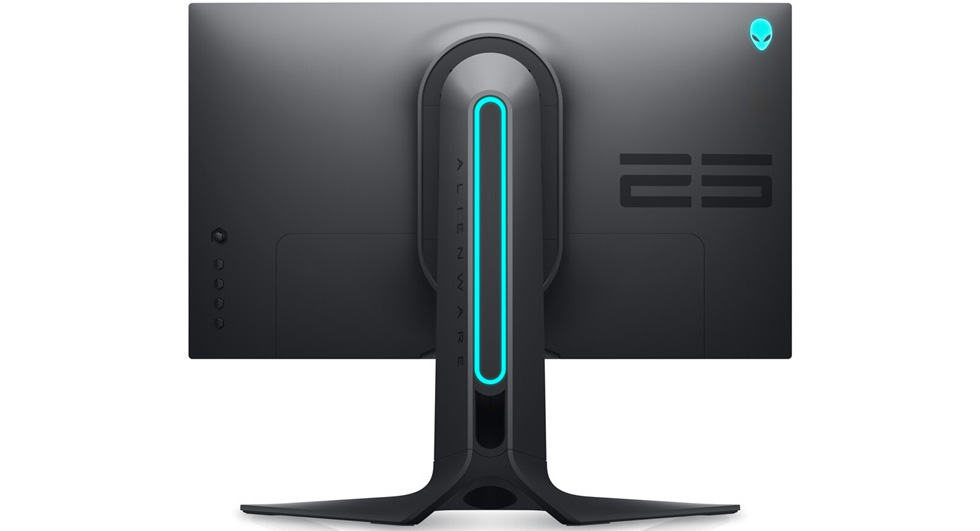 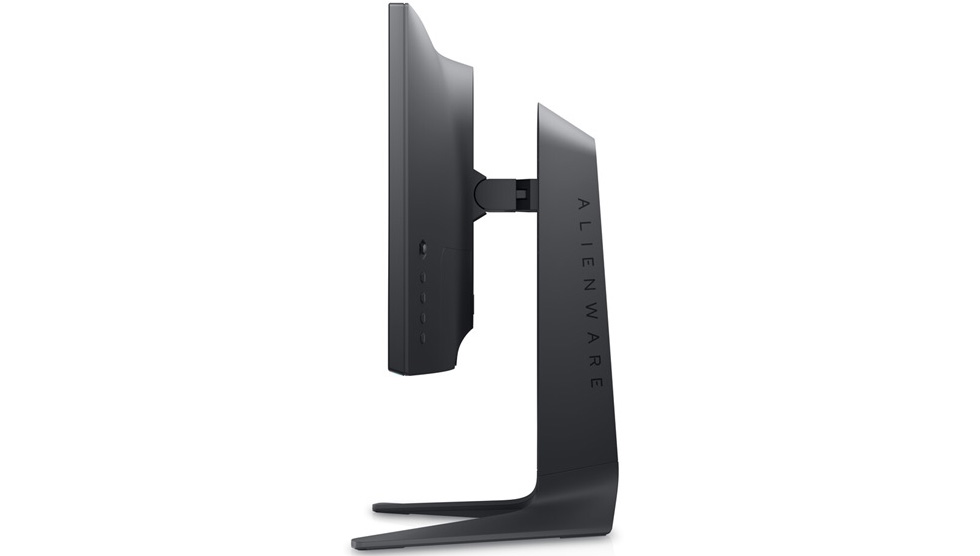 Dell will have an extensive line of products on display at Gamescom 2019 this week. Among those, there will be four gaming monitors, which are not announced yet. The most noteworthy model is the Dell Alienware AW5520QF which features a 55-inch 4K UHD OLED panel with 120Hz refresh rate and support for Adaptive-Sync. The panel has a 130,000:1 static contrast ratio, typical brightness of 400 nits and covers 98.5% of...