A year ago, AOC launched in Europe the first monitor from its Studio F.A. Porsche Design series - the AOC Q27T1. In addition to a distinctive design, this monitors features a 27-inch QHD IPS panel with 350 nits typical brightness, 1300:1 contrast ratio, 107% sRGB coverage, etc. Now, AOC launches two other models from the same Studio F.A. Porsche Design series but this time they have FHD displays and slightly limited connectivity options.

The AOC 27T1Q is equipped with a 27-inch IPS panel with an FHD resolution, 250 nits typical brightness, 1000:1 static contrast ratio, 127% sRGB< 108% NTSC, and 99% DCI-P3 coverage, 5 ms GTG response time and up to 75Hz refresh rate thanks to AMD FreeSync technology. The monitor has a 3-sided frameless design, extremely thin profile and an elegant stand that offers tilt adjustment only. No wall mounting. The connectivity options include only one HDMI 1.4 port, DisplayPort 1.2, and a headphone jack. The AOC 24T1Q has the same features only that it is smaller with a 23.8-inch AH-IPS display panel. 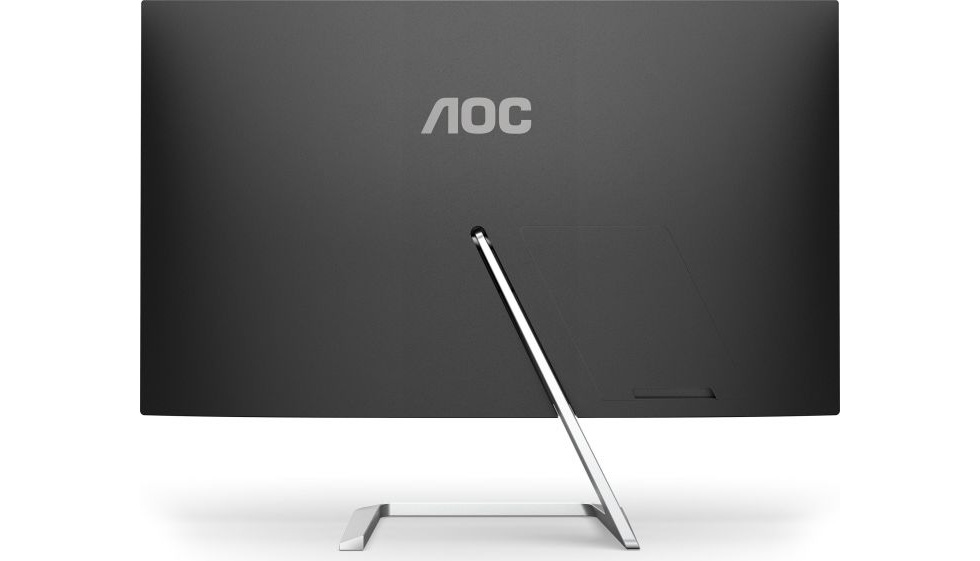 AOC unveils the E2H and P2U series of desktop monitors

AOC China has unveiled several desktop monitors from the E2H and the P2U series. The models from these two series are actually quite similar. The only major difference is that the E2H series offers tilt adjustment only and limited connectivity, while the P2U series offers full ergonomic options and better connectivity options. Currently, the AOC E2H series includes three models as follows: AOC 27E2H specifications...

The AOC AGON AG273QCX2 is the successor of the AOC AGON AG273QCX from 2018 bringing some significant changes, the most important of which is the different display panel. The new model has a 1500R curvature instead of a 1800R one, while retaining the type of panel - VA. In addition, the AOC AGON AG273QCX2 offers increased typical brightness - 550 nits and has a 3000:1 contrast ratio. It is DisplayHDR 400 certified...