The first TV from the 2022 LG OLED Object Collection is now fully revealed. This is the LG Easel 65" 4K OLED TV a.k.a. LG 65ART90. It was mentioned for the first time in December 2021, when LG said it would unveil its original Lifestyle TV lineup at CES 2022. The lineup would comprise the LG 65ART90 from the Object Collection and the LG 27ART10 from the StandByMe Collection. Indeed, the 65ART90 was mentioned at LG's CES 2022 OLED announcement without getting into much detail. The Easel 65" 4K OLED TV also took part at Salone dei Tessuti as part of this year's Milan Design Week. It was showcased there along with another model from the LG OLED Object Collection - the Posé (LX1), which will arrive in 55", 48", and 42" models in the fall.

As of today, LG has released the full specifications and features of the Easel 65ART90 with model name for 2022 LG 65ART90E6QA. Resembling a canvas, it is made to blend seamlessly into any room with its minimalist style and subtle use of neutral colors, bringing immediate sophistication and visual harmony to any indoor space.

The LG Objet TV adapts to users' different needs with the mere press of a button on the included LG Remote by raising or lowering a fabric cover as the viewer sees fit. Lower the cover to reveal the full extent of the screen for the maximum viewing experience or partially cover the display to only see a curated selection of lifestyle functions. The premium fabric cover is made by Kvadrat and is available in beige, redwood, and green colors. The frame of the TV also serves as a "stand" and can be placed leaning on the wall or can be installed on the wall with Zero Gap (requires VESA wall mounting).

In Line View, you can see everyday information like the time, and weather in a variety of themes, designs, and motions, or turn on some music and enjoy the modern yet subtle UI and equalizer screensaver. The two create an artful experience that enhances the atmosphere of your space. Switch to Full View and see how the Easel turns into a work of multimedia art. Gallery Mode turns every moment into a masterpiece with natural and minimalist videos to enjoy when you're not watching TV. 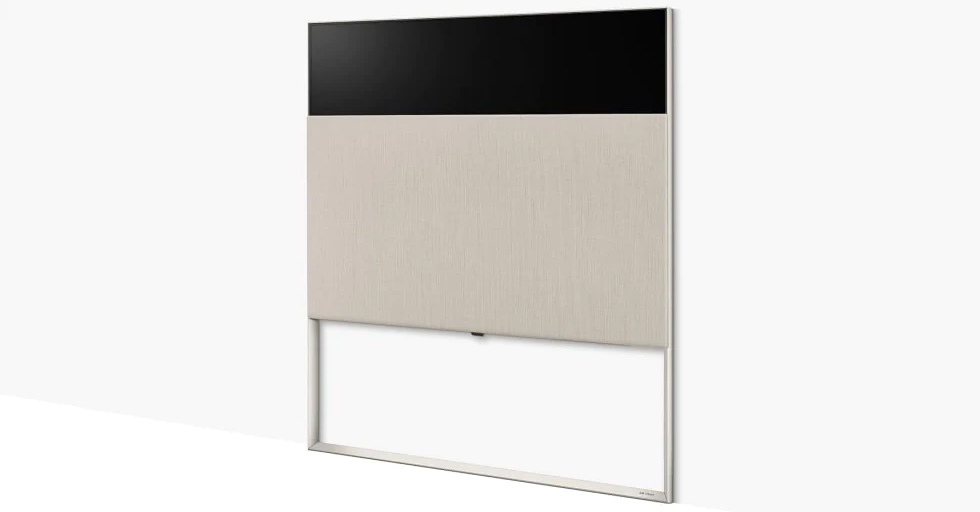 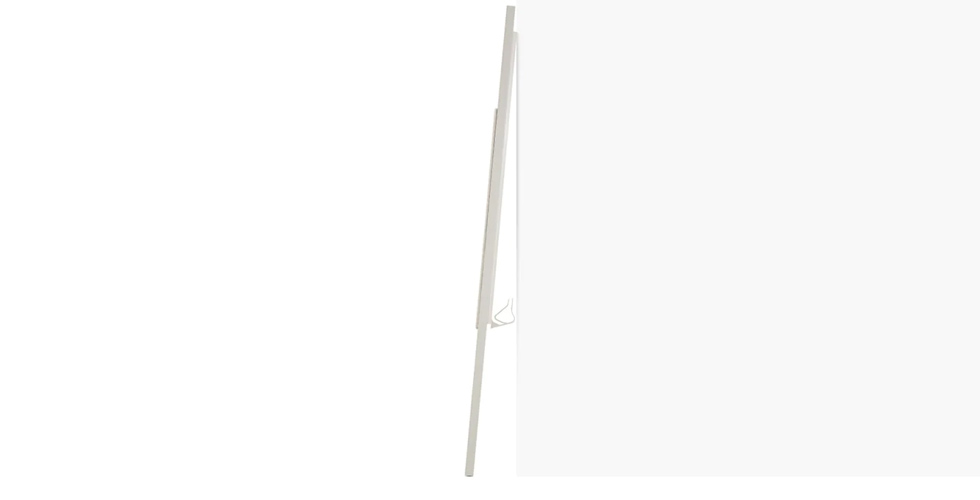 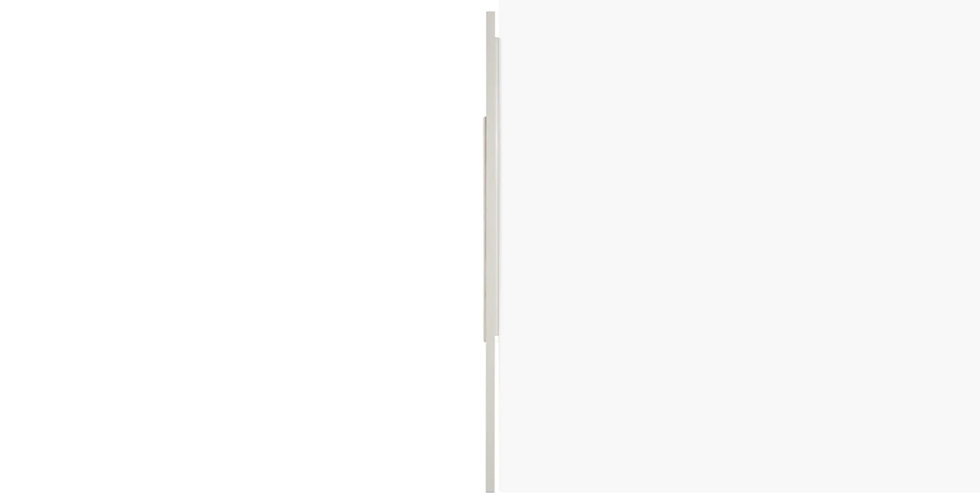 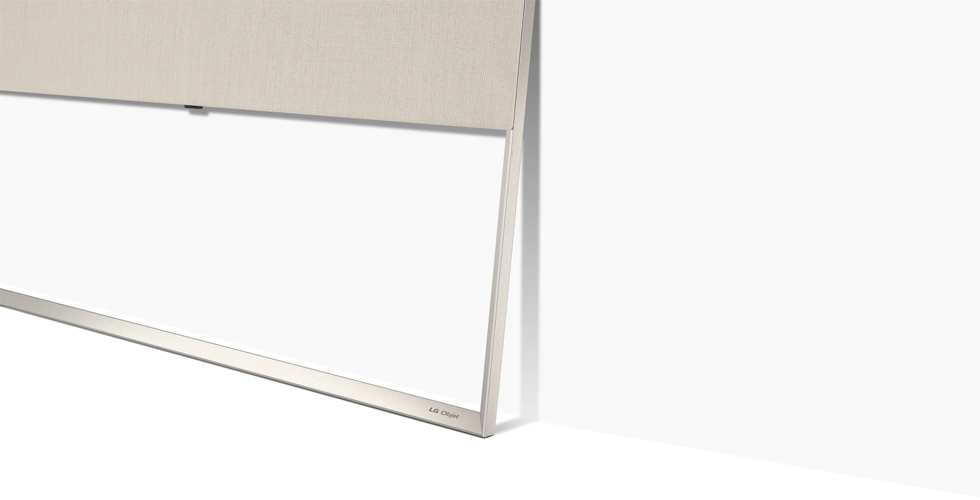 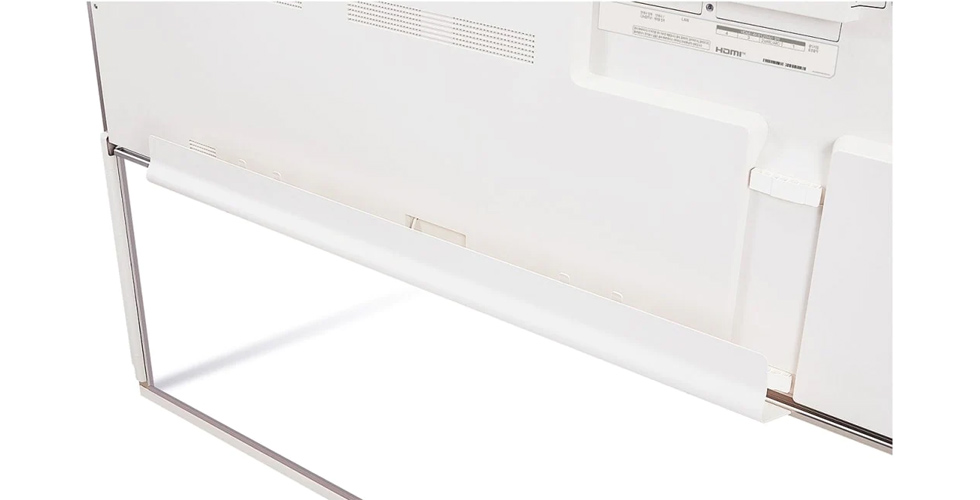 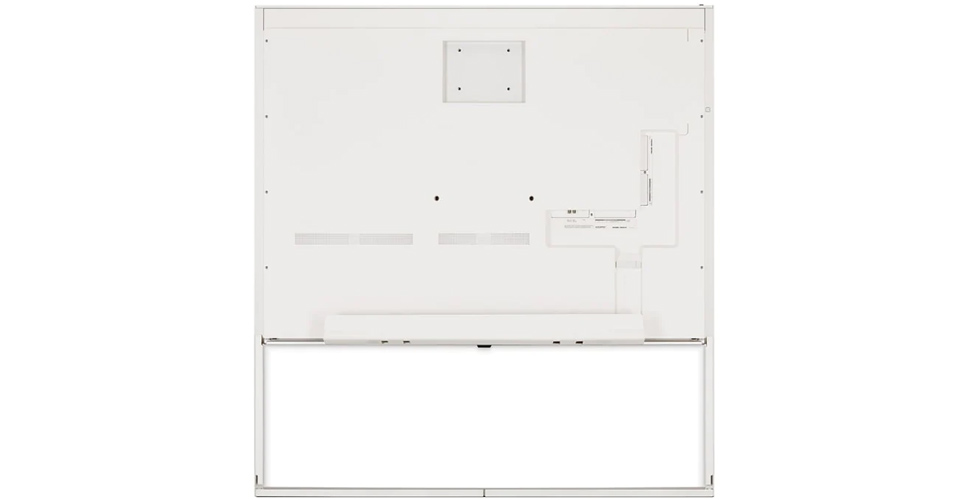