At DTC 2021, TCL CSOT showcased the a 49-inch 800R curved display with nearly 5000 mini LEDs and up to a 240Hz refresh rate. During the event, a working gaming setup was used to demonstrate its capabilities. However, TCL had another ace up its sleeve - a 32-inch 4K gaming monitor, again with an 800R curvature and up to a 240Hz refresh rate. It has a 1ms GTG response time and uses an in-house developed image quality compensation algorithm. Unfortunately, no further facts have been shared about these gaming displays. 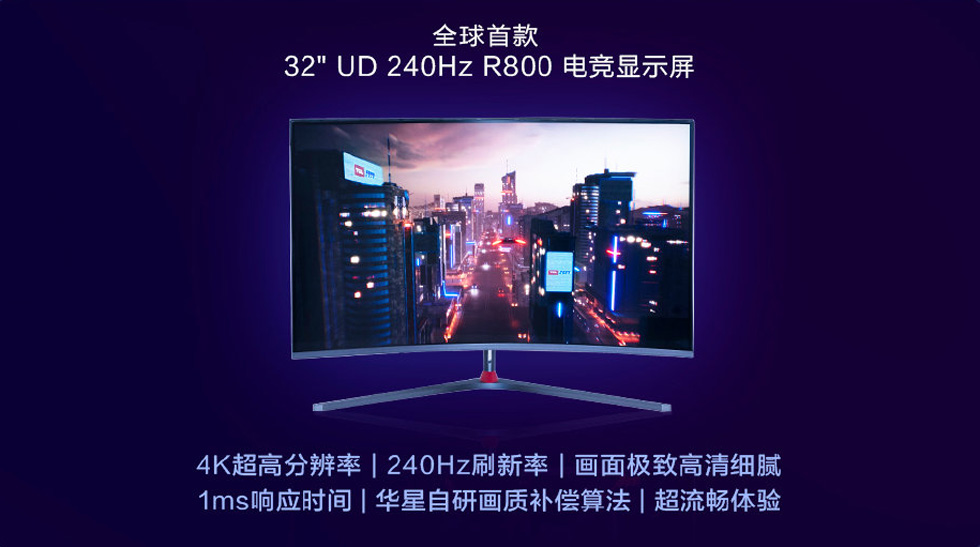 This year, TCL CSOT's Global Display Ecosystem Conference (DTC 2021) was held almost a month later compared to DTC 2020 which was in October. Again, TCL uses this grand event for the brand to demonstrate its capabilities and leadership in the vast market of displays. Typically for a Chinese brand, TCL took to its official Weibo page to tease and make all important announcements related to the DTC 2021. In the field...

TCL announces that Roku has added 8K premium content to their entertainment offering - The Explorers 8K Channel. The Explorers is a global initiative creating the first inventory in images of the natural, cultural and human heritage of Earth in Ultra High Definition at up to 8K resolution. From the Arctic glaciers to French Polynesia warm waters, the newly available Explorers 8K platform features hundreds of videos...

TCL brings video game fans an unrivaled experience with its latest Mini LED QLED TVs. As Official TV Partner for Call of Duty: Vanguard, the TCL X925, TCL C825, and TCL C728 combine Mini LED, QLED, and up to 8K resolution with HDMI 2.1 to deliver stunning gameplay that puts video gaming fans in the center of the action. "TCL is dedicated to ensuring fans have the best possible gameplay and we're excited for gamers...

TCL has gradually begun providing some more detailed specifications of the TCL X9 85" 8K OD Zero Mini-LED TV with model name TCL 85X925 Pro. Based on information from TCL Italy and the Czech Republic we could manage to get more details about this model. The TCL 85X925 Pro is built around an 8K QLED display which uses a VA panel. It has a mini LED backlight that employs TCL's OD Zero technology resulting in a very...

TCL announced pricing and US availability of the new 8K TCL Roku TV with Mini LED addition to its popular 6-Series TV line. Offered alongside its current 4K 6-Series models, TCL Roku TV 2021 6-Series will feature 8K resolution in screen sizes of 65" and larger in the US market. Thousands of micro-meter class mini-LEDs are packed in up to 240 contrast control zones. TCL's Contrast Control Zone technology optimizes...