Panasonic announced its MZ2000 OLED TV lineup three days ago and the brand is already done with publishing the full MZ2000 specifications and here they are for all three available sizes: In terms of design and footprint, the TVs from the MZ2000 series are identical to those of last year's LZ2000 series. They also use the same HCX Pro AI Processor.

So, what's new for 2023? For starters, Panasonic stressed on using an improved OLED panel called Master OLED Ultimate. It employs a Micro Lens Array, combined with a new multi-layer heat management system, for increased brightness. More specifically, a 150% peak brightness increase is mentioned, which has to be checked in reality as last year's models had a peak brightness of around 1000 nits and a 150% increase means 2500 nits. Probably, the fine detail about clarifying this is the APL% at which the peak brightness is measured. Once the customer and product reviews are out, this will be cleared. While working with the specs, we've noticed that only the 65" and the 55" models are mentioned with a Master OLED Ultimate display panel. The 77" model uses a Master OLED Pro Cinema Size panel - the same as last year's. 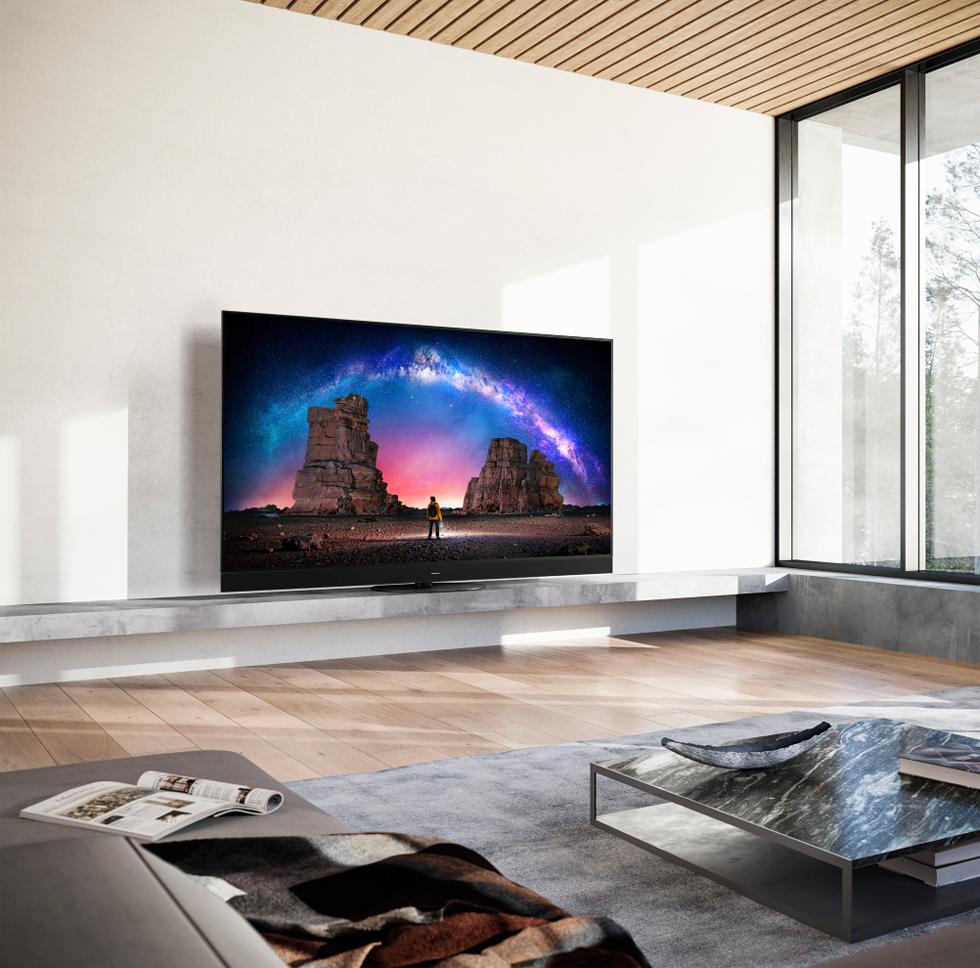 Ahead of the start of CES 2023, Samsung Electronics unveiled its new Neo QLED. Micro LED, and Samsung OLED lineups alongside its lifestyle products. Well, it is not a detailed introduction but more of a road map. Samsung’s wide portfolio of offerings helps users build their own tailored experiences with the devices they use every day, with more intuitive technology than ever before. This year, Samsung takes one step...

The Asus ROG Swift OLED PG27AQDM was teased a month ago and as promised, Asus unveiled it at CES 2023. The ROG Swift PG27AQDM features a 27-inch OLED display with a QHD resolution and a 240Hz refresh rate. It supports HDR technology and delivers up to 1000 nits of peak brightness (achieved at 3% APL). The display has an anti-glare coating and covers 99% of the DCi-P3 color space. The rear panel has an RGB light...