Samsung has just unveiled its T55 series of desktop monitors, which includes three models - the Samsung C32T55, C27T55, and C24T55. All these models feature the latest Samsung displays with a 1000R curvature which will also be found on the company's desktop monitors from the Odyssey G9 and G7 series as well as on the MSI Optix MAG342CQR. According to Samsung, in comparison to conventional monitors that have less curve, 1000R fits the human field of view for less eye strain. A clinical study at Seoul National University Hospital shows that the closer to 1000R, the more it limits eye fatigue.

This monitor has a 32-inch curved VA display with a 1000R curvature and an FHD resolution (1920 x 1080). It provides 250 nits typical brightness and 3000:1 static contrast ratio. The three-side borderless screen, fabric-like back texture and minimalist metal stand create a stylish and sleek monitor with a minimal footprint. The model supports AMD FreeSync for a refresh rate of up to 75Hz. The GTG response time is specified as being 4 ms. Eye Saver Mode and Flicker-Free technology are on board as well for additional eye-strain relief. In addition to two 5W stereo speakers, the monitor has an audio-in and headphone out jack, DisplayPort 1.2, HDMI 1.4, D-Sub. The stand offers tilt adjustment only.

These two monitors have the same specs as their bigger sibling but with a 27-inch and a 24-inch display, respectively. In addition, the C24T55 does not have speakers. Samsung does not unveil the pricing and availability yet. 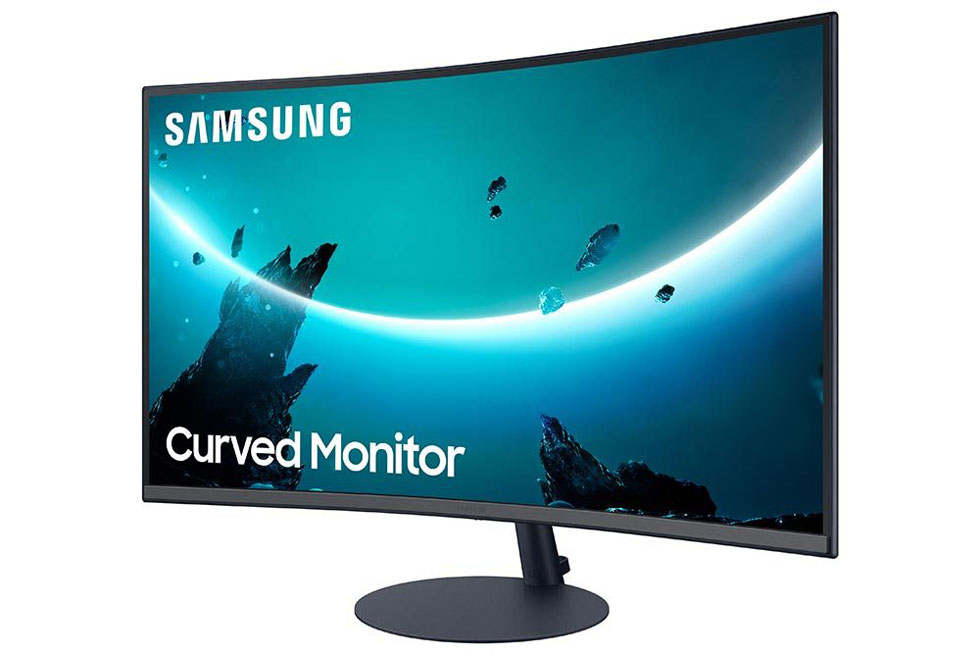 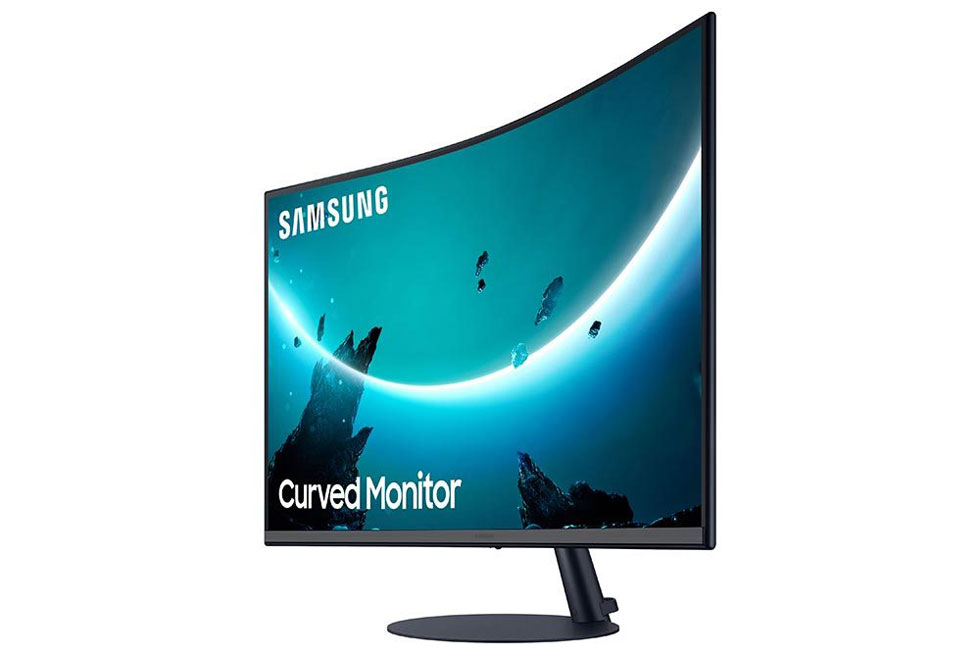 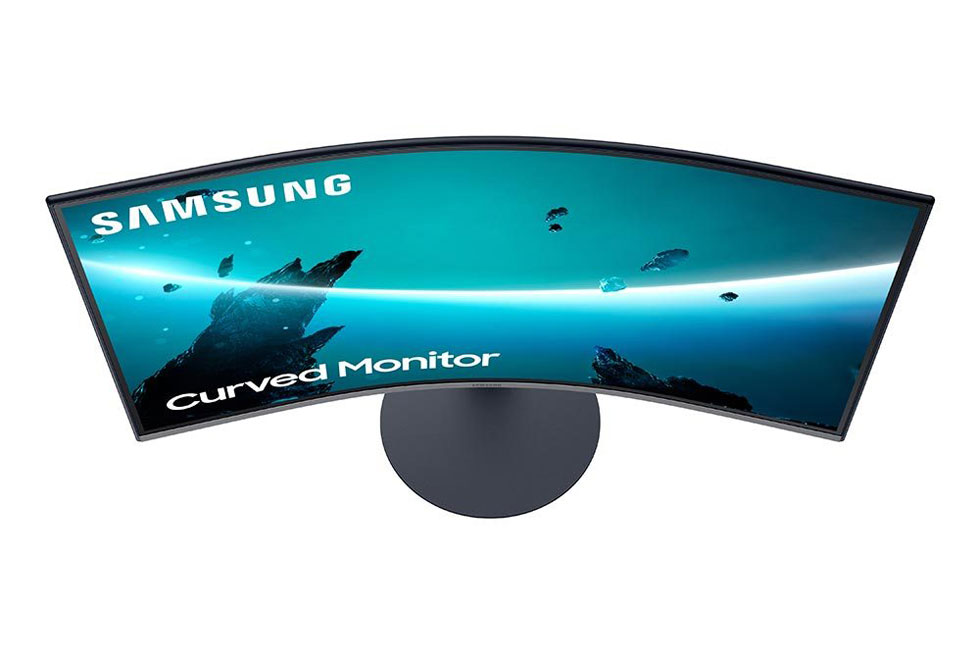 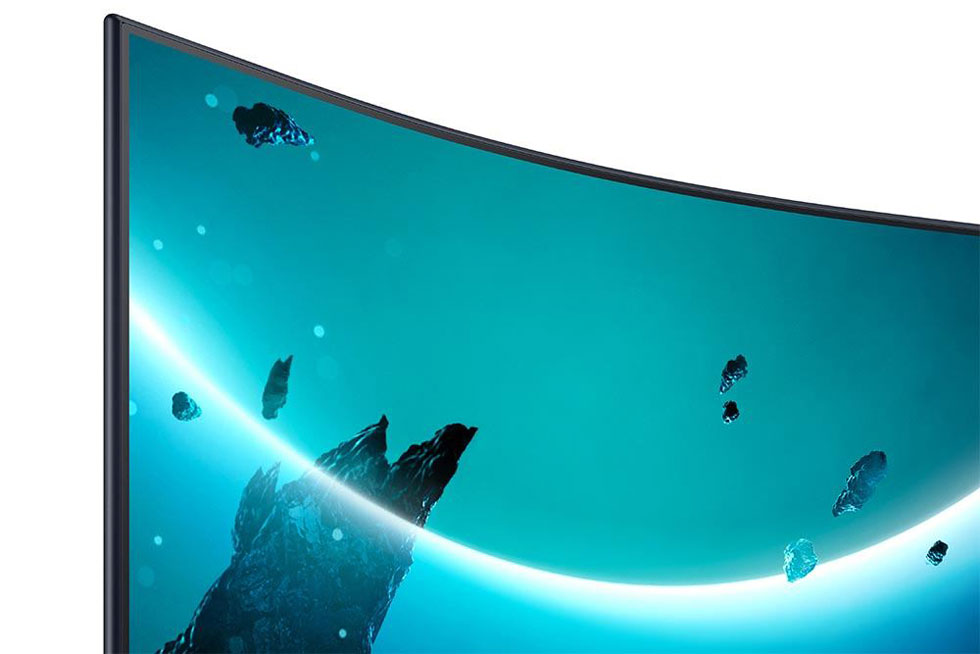 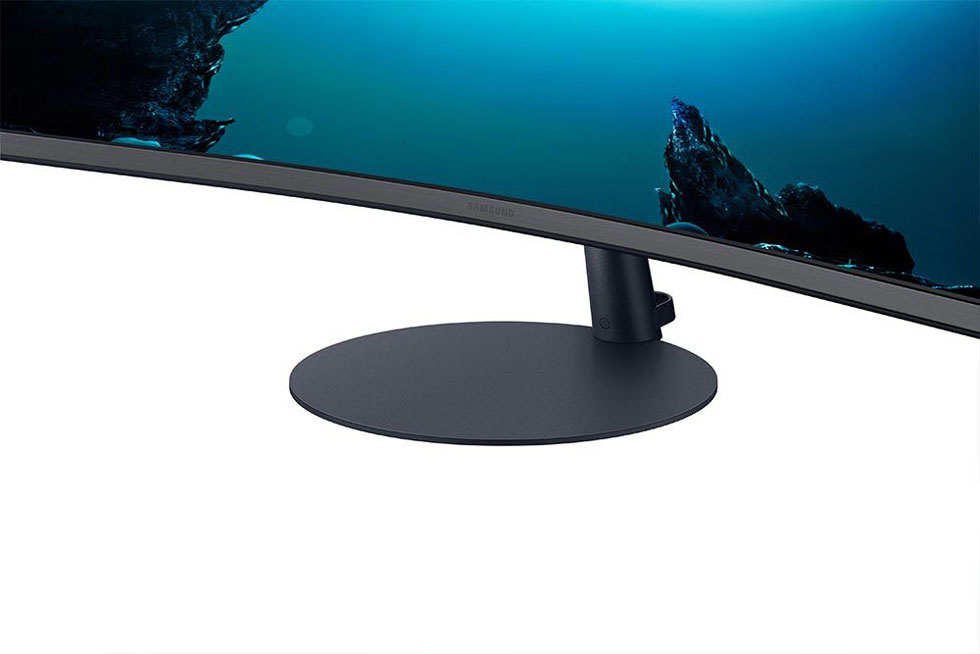 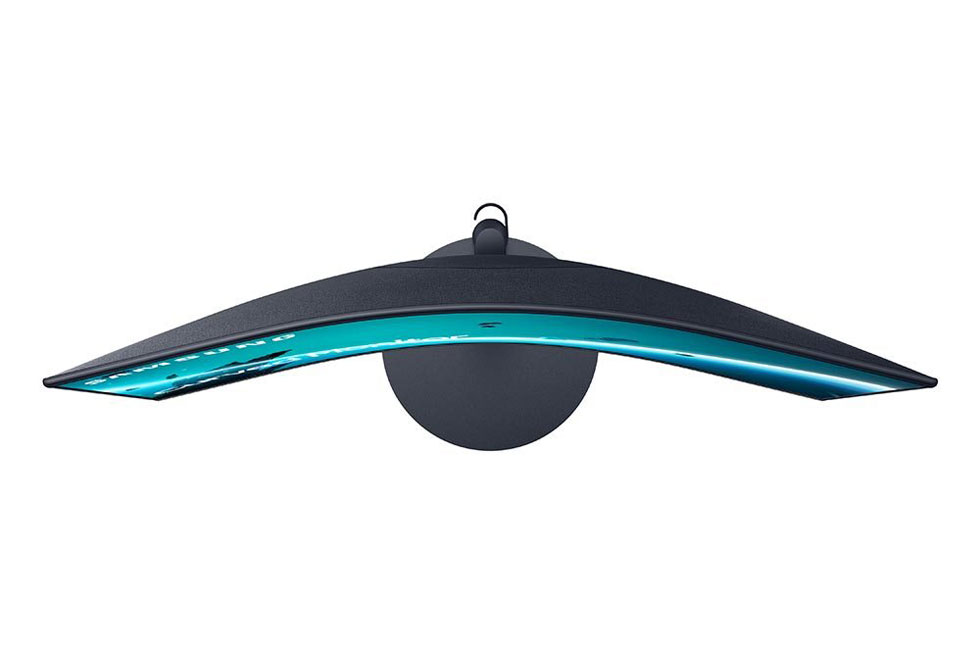 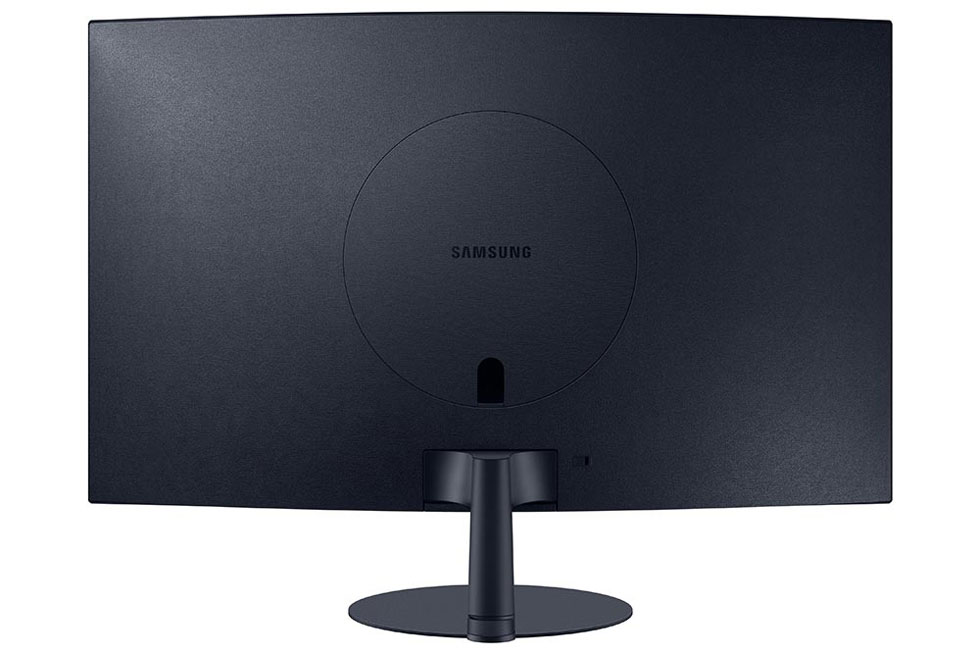 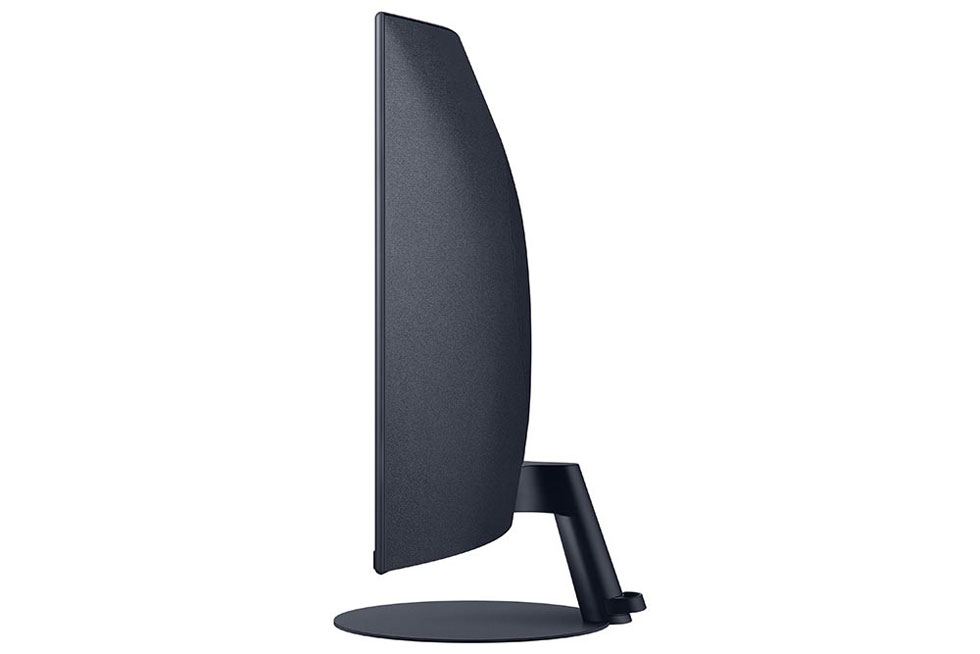 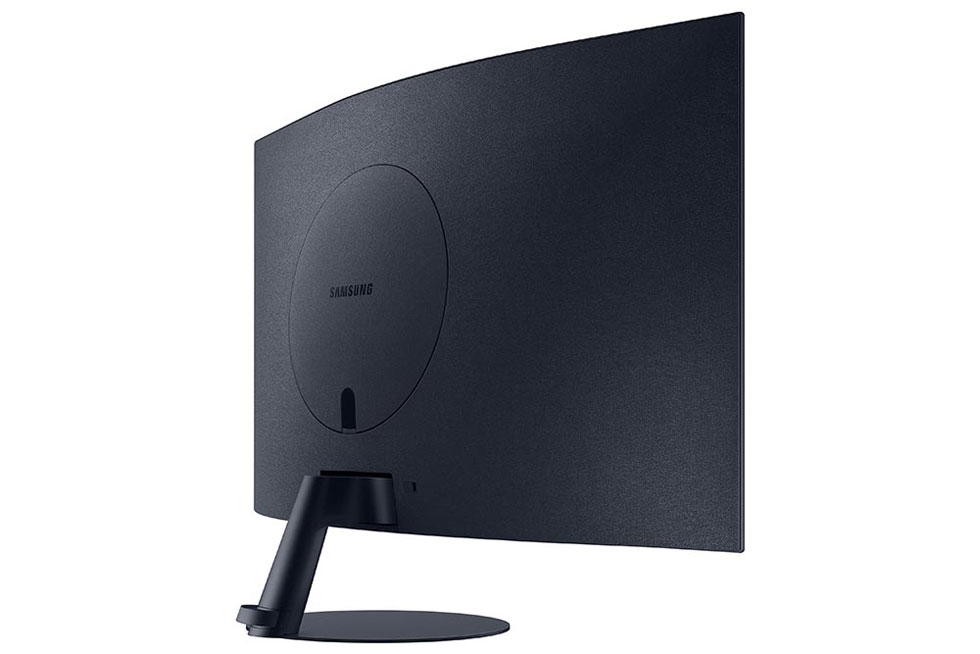 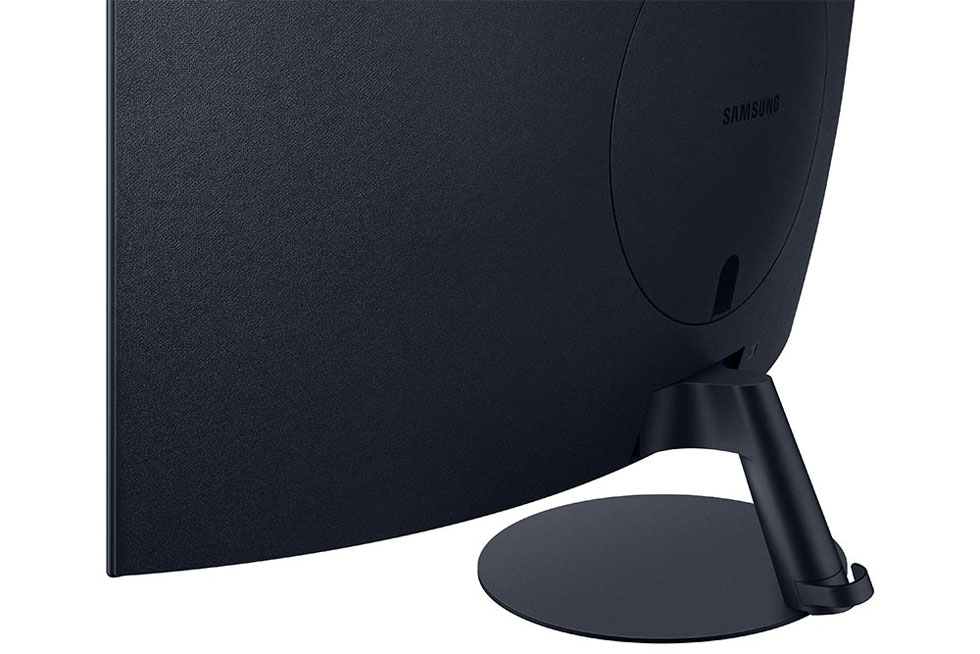 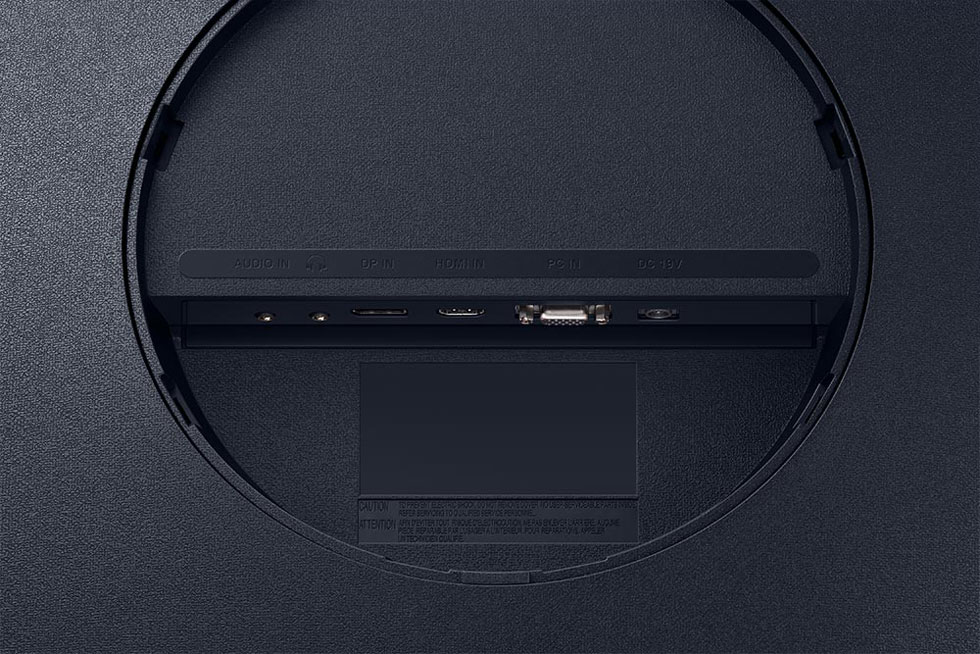 Samsung TV Plus, the brand's free Smart TV video service, expands its free linear TV line-up. It now offers 47 channels to users across news, sports, entertainment, and more in the UK. The movie offerings are also expanded with the launch of Rakuten TV. Previously, Rakuten TV was available as a paid option for consumers in five countries, with just 20 channels. Later this month, it will be reorganized as an...

Samsung has announced the first model from its new T85 series. The Samsung F27T85 features a flat, 27-inch PLS display with 10-bit color support. The display has a QHD resolution (2560 x 1440), 350 nits typical brightness, and 1000:1 static contrast ratio. It supports AMD Radeon FreeSync and has a maximum refresh rate of 75Hz. The GTG response time is specified as being 4 ms. The model features a fully ergonomic...

Samsung UK has announced in an official press release that if you pre-order a 2020 QLED 8K TV, you will get a free Frame TV. This exclusive promotion is valid starting today (March 11) until April 7th. More information can be obtained from the source link below. The 2020 QLED 8K TVs feature an advanced AI technology that delivers a whole new 8K experience through product-wide innovations ranging from image quality...

As of today, Samsung has also listed the prices and specifications of some of its 2020 models for the European market. Here we list all currently available and will update this listing over time with specifications and respective prices where needed. We have noticed some differences in the prices for certain models which are within 100-200 euros depending on the market - France, Italy, Germany, etc. Where possible...

Soon after Samsung and MediaTek announced their partnership regarding the implementation of MediaTek's Wi-Fi 6 chip in the high-end Samsung 8K QLED TVs, Samsung listed the first model from these series for the US market - the Samsung QN75Q900TS. This is the 75-inch model from the Q900TS series. It features an Infinity Screen for edge-to-edge viewing with the TV itself being only 1 inch thick. The elegant stand...

MediaTek announced that the Samsung high-end 8K QLED TVs from the Q950 and Q900 series are the world's first 8K QLED TVs equipped with MediaTek's custom Wi-Fi 6 chipset. Currently, they are also the only 8K TVs worldwide supporting Wi-Fi 6 connectivity, and will offer consumers a more seamless entertainment experience with smoother streaming and gaming, as well as unconstrained internet access. Wi-Fi 6 is the newest...

Samsung will hold a pre-sale event in South Korea from March 3 to March 16 before the official launch of its 2020 QLED 8K TV. Only 300 units will be available from the 85-inch and 75-inch 2020 QLED 8K models to commemorate Samsung TV's number one worldwide sales spot for 14 consecutive years. The event will cover offline retail points such as the Samsung Digital Plaza and also via the Samsung website. The TVs will...

Samsung has launched in Germany the 2020 Serif TV in two sizes - the 55-inch Samsung QE55LS01T and the 43-inch Samsung QE43LS01T. Both TVs are powered by Quantum Processor 4K and support Quantum HDR as well as 100% Quantum Dot Color, HDR10+, HLG. The TVs are available in Cloud White and Cotton Blue colors with optional stand that makes them look like pieces of art. The models support Ambient Mode, Adaptive Picture...

Samsung has published the specifications of the first two models from the TU850D series - the 65-inch Samsung UN65TU850D and the 55-inch Samsung UN55TU850D. The typical features for this series include a 4K VA display with Edge LED backlight, and 60Hz native refresh rate. For the TU850D series, Samsung calls the display "Dynamic Crystal Display" unlike the simply "Crystal Display" on the TU8000 and TU7000 series. It...