Samsung Electronics is launching a new smart monitor - the Samsung M7 White Edition in South Korea. The Samsung Smart Monitor is an 'all-in-one screen' equipped with a smart hub that allows you to enjoy the advantages of both a monitor and a smart TV. It was first introduced in December last year and has established itself as a must-have item in the OTT heyday, with cumulative sales exceeding 100,000 units by the end of October in the domestic market.

By utilizing Samsung TV Plus, Samsung's flagship app for viewing real-time TV, and Universal Guide, which recommends content that suits your taste, you can use entertainment features to suit your individual tastes. Samsung Smart Monitors also have excellent interoperability with mobile devices.

The Samsung Smart Monitor M7 32-inch White Edition is sold exclusively at Kakao Makers for 7 days from today (11/22 ~ 11/28) at 580,000 won based on the factory price, and can be purchased from online and offline sales channels nationwide. 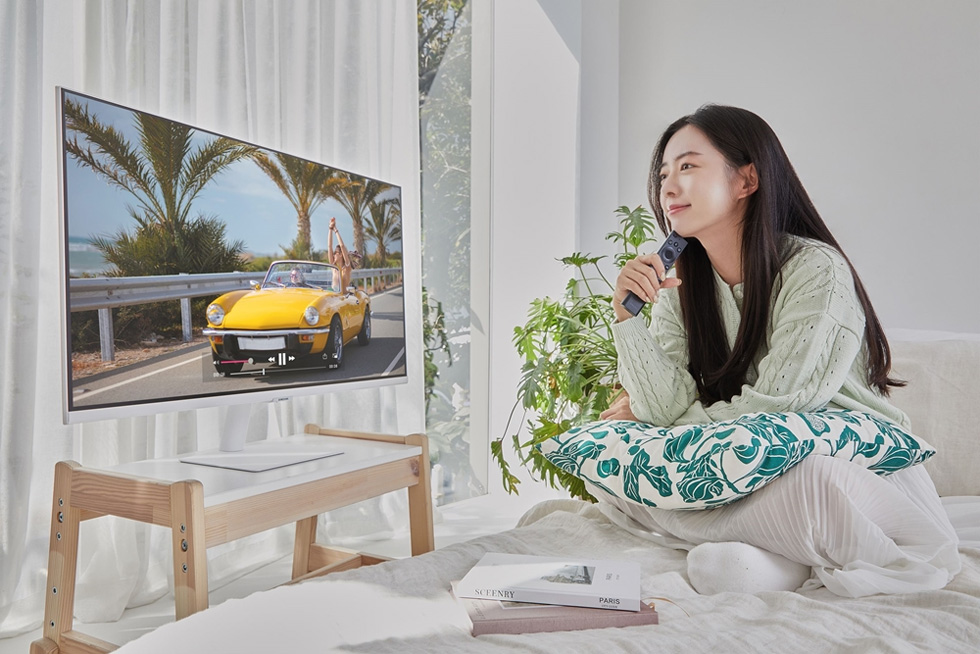 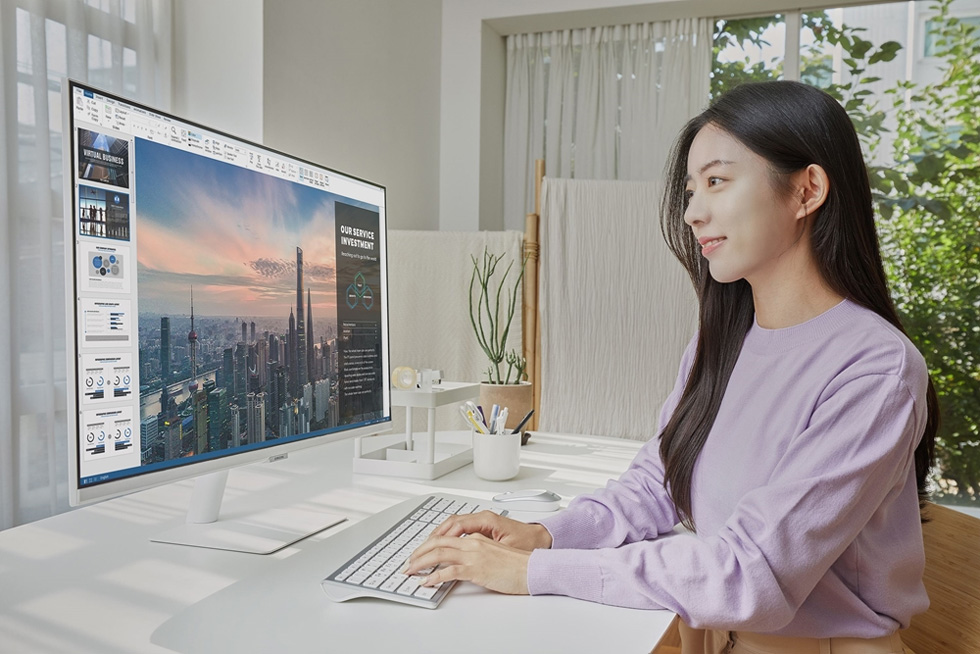 The Samsung Odyssey G3 series of gaming monitors has been expanded with three new models: Samsung S32AG32 Samsung S27AG32 Samsung S24AG32 These are all flat VA panels with FHD resolution, 250 nits of typical brightness, 3000:1 static contrast, and 165Hz refresh rate. They are AMD FreeSync Premium certified and features a 3-sided borderless design. Each of the monitors is equipped with an HDMI 1.4 port, DisplayPort...

Samsung has released a new ultra-wide curved business monitor. The Samsung S49A950UIU is built around a 49-inch SVA display panel with a resolution of 5120 x 1440 pixels, 120Hz native refresh rate, 4 ms GTG response time. The display panel has a 1800R curvature, 100% sRGB and 95% DCI-P3 coverage thanks to QLED technology, 350 nits of brightness, and 3000:1 static contrast ratio. The display panel is most probably...

Samsung Display has detailed its QD-Display (Quantum Dot OLED technology) on its website. The company says that they are being used in the next generation of large displays thanks to their efficient use of light and simple structure. The structure of a QD-Display comprises of a top layer, a QD layer, and a Blue Self-luminescent layer. Quantum Dots are very small semiconductor crystals that emit their own light...

The Samsung Odyssey Neo G9 has been announced today. So far, the model name has been listed as Samsung S49AG95NC but Samsung G95NA will probably be called the global version. The Odyssey Neo G9 joins the Odyssey lineup, taking gaming to the next level with Quantum Matrix technology, supported by Quantum Mini LED display and Quantum HDR 2000 for an immersive gaming experience. The Samsung S49AG95NC utilizes the same...

The 2021 Samsung The Wall is launched in select markets

Samsung Electronics launched the 2021 model of The Wall (Model Name: IWA) globally. A new Micro AI Processor instantly analyzes and optimizes every frame of the video to deliver the best picture quality possible. By using up to 16 different neural network models, each trained in AI upscaling and deep learning technology, the Micro AI Processor can optimize picture quality up to 8K resolution, enhancing contrast and...

Back in April, Samsung China teased the 2021 Samsung Odyssey G9 Neo a.k.a. Samsung S49AG95NC. It seems that the brand is ready to unveil the monitor globally as it released another teaser of the model on its global website. However, the global version is named Odyssey Neo G9. The launch date is set for July 29th. The specs of the monitor have leaked a few times and coupled with a number of teasers from China, we can...

The Samsung 24S40VA is created for web conferencing, education, work, and entertainment

Samsung has unveiled a new monitor created especially for web conferencing, education, work, and entertainment. The Samsung 24S40VA arrives with a pop-up web camera and a built-in microphone for enhanced convenience. When the webcam isn't needed, simply push it down into the monitor to hide it. This smart design offers enhanced security and maintains the sleek look of the monitor, while being easily available with a...

Samsung changes the names of the G70, G50, and G30 Odyssey monitors, once again

A month ago, Samsung unveiled a pair of its 2021 Odyssey G7 and Odyssey G5 monitors. These were the 28" Samsung S28AG700 and the 27" Samsung S27AG500. A couple of days ago, Samsung issued a press release announcing the expansion of its Odyssey lineup with new models. Obviously, the Samsung S27AG500 has been renamed to Samsung G27AG50. The second model - the Samsung S28AG700 has been renamed to Samsung G28AG70 as...

Samsung announced today that all models from The Terrace TV lineup have become the first in the TV industry to be verified for outdoor visibility performance. This verification comes from US-based Underwriters Laboratories (UL), a global independent safety science organization with over a century of experience in driving safety solution innovation. The top 2021 model from The Terrace lineup is the 75" Class The...