Asus announced the ROG Swift PG32UQ gaming monitor at CES 2021. This is the world's first 32-inch HDMI 2.1 gaming monitor and features a 144 Hz IPS panel with a 1ms MPRT. It has two HDMI 2.1 ports to support up to 4K visuals at up to 120 Hz on the latest gaming consoles. It also has Display Stream Compression (DSC) technology, a compression standard for transporting ultra-high definition video streams across a single interface at high speed with no perceptible loss of visual quality. It allows the Asus PG32UQ to support up to 4K 144Hz visuals via a single DisplayPort 1.4 connection. 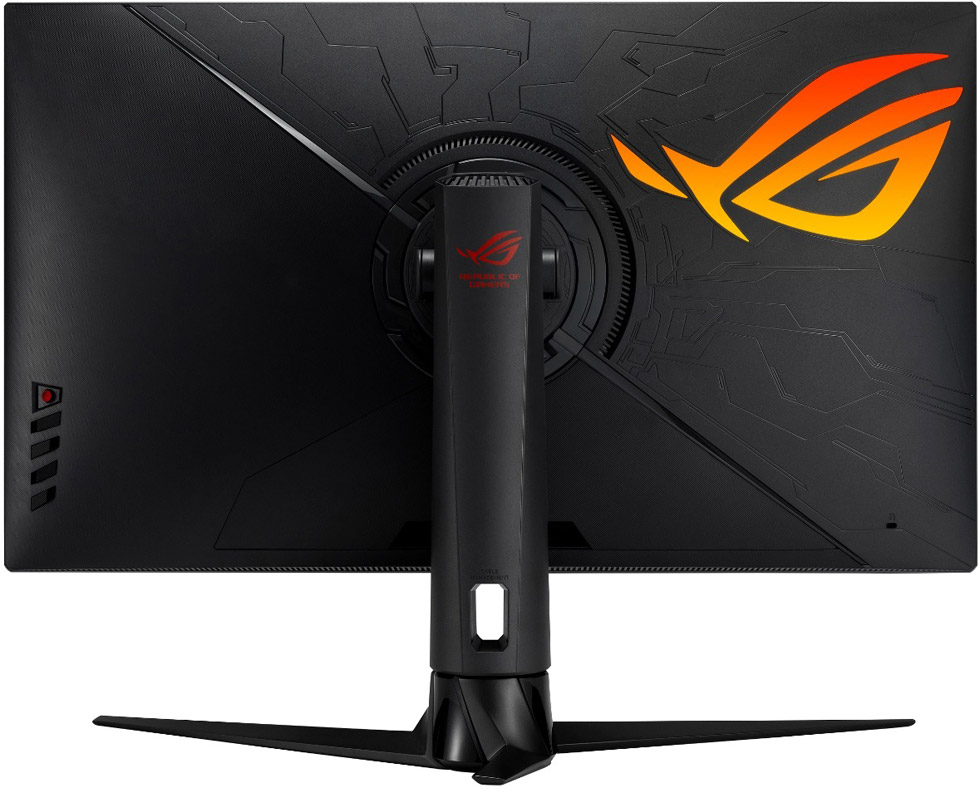 Today, Asus unveiled its 2021 monitor lineup that includes diverse gaming, ProArt, and ZenScreen solutions to meet the needs of gamers, content creators, and business customers. For PC and console players, Asus has prepared five new gaming monitors. The first has been unveiled yesterday - the Asus ROG Swift PG32UQ. This is the world's first 32-inch HDMI 2.1 gaming monitor and features a 144 Hz IPS panel with a 1ms...

Today, the Asus ROG brand for gaming gear teased HDMI 2.1 gaming monitors. The ROG event part of the CES 2021 is scheduled for tomorrow - January 12 at 10 am PST.

The Asus ProArt Display PA278CV is a 27-inch monitor targeted at creative professionals, from photo and video editing to graphic design. Equipped with a 27-inch IPS display panel with a QHD resolution (2560 x 1440), the monitor delivers industry-standard 100% sRGB/100% Rec. 709 color space coverage and supports the DCI-P3 color gamut for rich, vivid reproduction that ensures every detail of your photos is clear and...

The Asus VG289Q1A is a new monitor from the brand's TUF Gaming series. It features a 28-inch 4K IPS display panel with 60Hz refresh rate and 90% DCI-P3 color space coverage. The monitor offers 350 cd/m² typical brightness and 1000:1 static contrast ratio. It is equipped with two HDMI 2.0 inputs, DisplayPort 1.2, and a headphone jack. A pair of 2W speakers is onboard as well. The stand provides tilt and swivel...

It was during CES 2020, that Asus announced the Asus ROG Swift PG32UQX. However, it was already October, 2020 when the model appeared online via some Chinese retailers. To date, it is not commercially available yet but the product has been named a CES 2021 Innovation Awards Honoree, so we guess it will be available in January 2021 at the earliest - a year after its actual announcement. The Asus ROG Swift PG32UQX has...

A year after the introduction of the TUF Gaming VG259QM, Asus unveiled the TUF Gaming VG258QM. The two models share many features and specifications in common but there's one major difference between the two - the VG259QM has an IPS display panel, while the new model - the VG258QM - has a TN display. The Asus VG258QM has a 24.5-inch diagonal size and an FHD resolution. It covers 72% of the NTSC color space and is...

Asus has unveiled a new monitor from its ProArt series targeted at professionals and users to whom color accuracy is critical. The Asus PA247CV ProArt Display is built around a 23.8-inch IPS screen with a resolution of 1920 x 1080 pixels. It offers 300 cd/m² typical brightness and 1000:1 static contrast ratio. Asus specifies 5 ms GTG response time and up to 75Hz refresh rate thanks to Adaptive-Sync support. The...

Asus has unveiled a new monitor from its TUF Gaming series. The Asus VG34VQL1B is adorned with a 34-inch VA display panel with a WQHD resolution - 3440 x 1440 pixels and a 1500R curve. The panel covers 120% sRGB and 90% DCI-P3 color space coverage and supports 8-bit color. The maximum brightness of the display is 550 nits and that static contrast ratio is 4000:1. The model is VESA DisplayHDR 400 certified. Via...

Asus has launched a pair of TUF Gaming monitors that are in the process of being certified as NVIDIA G-Sync Compatible. These are the 27-inch Asus VG279QR and the 24.5-inch Asus VG259QR. The two gaming monitors share identical features and the only actual differences between them are the display size, dimensions, and weight. Each offers an FHD IPS display with 300 cd/㎡ brightness, 1000:1 static contrast ratio, and...

The Asus PG32UQX with Mini LED backlight and HDMI 2.1 will soon be launched

Online retailers in China have listed the Asus PG32UQX unveiling its specifications and price. The monitor was announced back in January together with the ROG Swift PG43UQ. The Asus ROG Swift PG32UQX has a Mini LED backlight with 1,152 zones supporting a 32-inch IPS display panel with a 4K resolution (3840 x 2160) and 95% DCI-P3 coverage. The monitor has a peak brightness of 1400 nits and is VESA DisplayHDR 1400...

The first information about the Asus PA279CV and the Asus PA329CV was received from a promotional Asus leaflet issued specially for the NAB Show in Las Vegas earlier this year that did not take place due to the Covid-19 lockdown. However, several online stores managed to list some basic information about the two models. Now, it seems that Asus is all-ready to launch the two ProArt monitors. The Asus PA279CV is...