Sony is gradually publishing the official specifications of its 2020 TVs. The first models that appeared with a full set of specs are the 2020 Sony X70 (X7055/X7056) series for Europe. Currently, only the specs for the 43" and the 49" TV are available and the lineup includes the following models: All four TVs from the series are equipped with 43"/49" panels with 4K resolution and employ an Edge LED backlight. The TVs support HDR10 and HLG. The Triluminos displays are aided by a number of Sony techs for improved color, contrast, sharpness, etc. These include 4K X-Reality PRO, Live Colour, Dynamic Contrast Enhancer, Motionflow XR 400Hz.

Software-wise, the 2020 Sony X70 TV series is based on Linux and has the usual analog and digital tuners for Europe. There are options for wall mounting depending on the country. Pricing and availability are TBA. 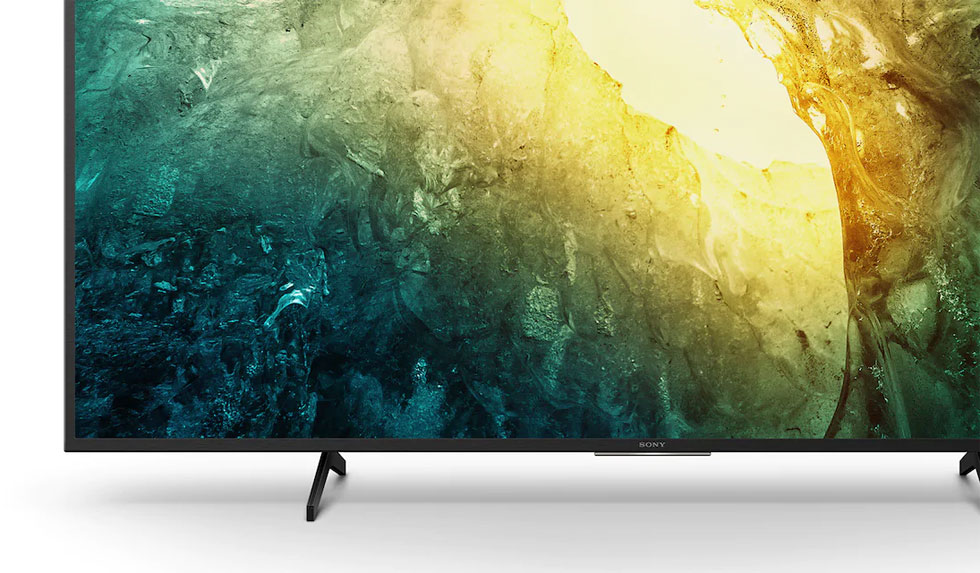 On August 16, we have informed you that Sony will launch the A9S Master Series OLED TV (KJ-48A9S) in Japan on July 25. Today, Sony Europe confirmed that its 48" Master Series A9 4K HDR OLED TV is available for pre-order as of today on the Old Continent. The Sony KJ-48A9S is the model name for Japan, while in other Asian countries it is called Sony KD-48A9S. In the US, the model is dubbed Sony XBR-48A9S. In Europe...

Sony Japan will launch the A9S Master Series OLED TV for the local market on July 25. The Sony KJ-48A9S is the model name for Japan, while in other Asian countries it is called Sony KD-48A9S. In the US, the model is dubbed Sony XBR-48A9S. In Europe, the series name omits the S and the model name is Sony KD-48A9. The 48-inch OLED TV from Sony is targeted at gamers and is a direct competitor to LG's OLED48CX9LB...

Sony Asia has unveiled the X8050H series of 4K TVs. It corresponds to the XH80 series in Europe but with some differences. First, the Asian X8050H lacks a 85-inch model. Second, all models have a Motionflow XR index of 200, instead of XR 400 for the European models. Third, they lack satellite tuners and input. Fourth, in a similar fashion to North American models, they have RS232C input instead of a CI+ 1.4 one. All...

The 2020 Sony A8 4K OLED TV series in Europe corresponds to the 2020 Sony A8H 4K OLED TV series in the USA. Despite the difference in naming and tuners, the TV's for the EU and US market are identical and share one and the same features. However, for Europe, Sony has released a variation of the series and there are A85, A87, and A89 series of TVs. The main difference from the basic A8 series is the stand. It is...

The new Sony XH90 4K HDR FALD TV series is going on sale in Europe by the end of May. These TVs are based on Sony's 4K HDR Processor X1 with Object-based HDR remaster technology. They incorporate Sony's premium Full-Array Local Dimming and Boosting technology, which dynamically changes the light levels in sections of the screen depending on the content, resulting in a dramatic increase in contrast and brightness...

Sony has detailed the specifications of the two models from its 2020 8K ZH8 TV series. The series includes a 75-inch and an 85-inch model - the Sony KD-75ZH8 and the Sony KD-85ZH8, respectively. Each is equipped with a VA panel with 100Hz refresh rate, 8K resolution (7680 x 4320) and Direct LED backlight with full-array local dimming. The TVs offer true 10-bit color and support Dolby Vision, HDR10, HLG. In terms of...

Sony has released the full specifications of its 2020 Sony A8 (Europe) and 2020 Sony A8H (USA) OLED TV series. Despite the difference in naming and tuners, the TV's for the EU and US market are identical and share one and the same features. Both include a 55-inch and a 65-inch model, each equipped with an OLED panel from LGD. The TVs are powered by Sony's Picture Processor X1 Ultimate and for the first time feature...

The 2020 Sony 4K TVs from the X950H and X800H series are now available in stores and online retailers throughout the US. The specifications and prices were announced almost a month ago but it is now that the TVs can be purchased with the 75", 65", and the 55" still to be launched (prices remain unknown). These are Andoird TV-based units with Google Play Store, Google Assistant, Chromecast built-in. They also support...

The 2020 Sony 4K LCD TVs from the XH81, XH80, and X70 series are now available in stores and online retailers throughout Europe. The XH81 and XH80 are Andoird TV-based units with Google Play Store, Google Assistant, Chromecast built-in. They also support Amazon Alexa, Apple AirPlay 2 and Apple HomeKit. The X70 models are based on Linux. Sony XH81 and XH80 4K HDR TVs specifications and prices The XH81 and XH80 series...

So far, Sony hasn't released any information about its top-of-the-line 2020 Z9H Master Series of 8H TVs. Sony Japan was the first to do so providing detailed information about the specifications and features of the 85-inch model dubbed Sony KJ-85Z9H. Sony KJ-85Z9H specifications This high-end Sony TV with Triluminos Display features a 84.6-inch LCD display panel (2140 mm) with an 8K resolution (7680 x 4320). The...