Back in September, Asus announced the Asus PA32UCR ProArt Display for people are interested in professional monitors for color-critical applications. This monitor, along with its Asus PA32UCR-K sibling are now launched. These models are a downgraded version of the Asus ProArt PA32UCG and the Asus ProArt PA32UCG-K, respectively. The classic - and K versions are identical, the K versions arrive with a colorimeter in the box.

The Asus PA32UCR features a 31.9-inch 4K display with a Mini LED backlight. It has reduced the local dimming zones to 576. The peak brightness is reduced to 1000 nits hence the VESA DisplayHDR 1000 certification. No Dolby Vision. The monitor still offers a 10-bit color bit depth and with Quantum Dot technology, it is able to provide 99.5% Adobe RGB and 98% DCI-P3 color space coverage. In addition, the monitor offers an industry-leading Delta E<1 color difference and supports multiple HDR formats, including HDR10 and HLG. The refresh rate is now limited to 60Hz only. The speakers are 2W, not 3W.

The connectivity options are also downgraded to three HDMI 2.0 ports, DisplayPort 1.2 input, a single USB Type-C port with up to 80W power delivery and DP Alt Mode, three USB 3.1 Type-A ports, headphone jack. In terms of ergonomic options, the height and pivot ranges are preserved but the swivel angles are reduced to 30 degrees in both directions and the top tilt degree is 23 degrees, instead of 25 degrees.

The Asus PA32UCR retains most of the special features, including the Asus ProArt Calibration. This technology saves all color parameter profiles on the ProArt monitor’s internal scaler IC chip, instead of on the PC. The saved profiles can be easily activated via the hotkey on the monitor. The monitor can be calibrated and the look-up table is subsequently rewritten, allowing users to connect it to devices with different operating systems or applications without needing to adjust settings. The signal distortion between the IC and the LCD optical spectrum is also reduced. Integrated ASUS ProArt Calibration 2.0 enables swift and easy adjustments to maintain the color accuracy of ASUS ProArt monitors. It offers SDR and HDR calibration with adjustable brightness, color gamut, color temperature and other parameters to ensure consistent and precise colors. ProArt displays are compatible with most major calibrators, including those from X-Rite, Datacolor and Klein. They also work seamlessly with Calman and Light Illusion ColourSpace CMS professional hardware calibration software for fast, easy calibration. 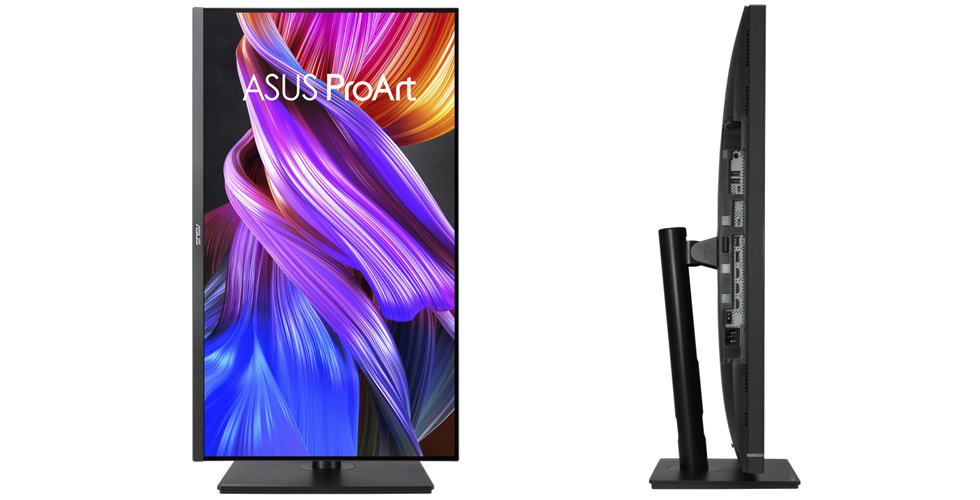 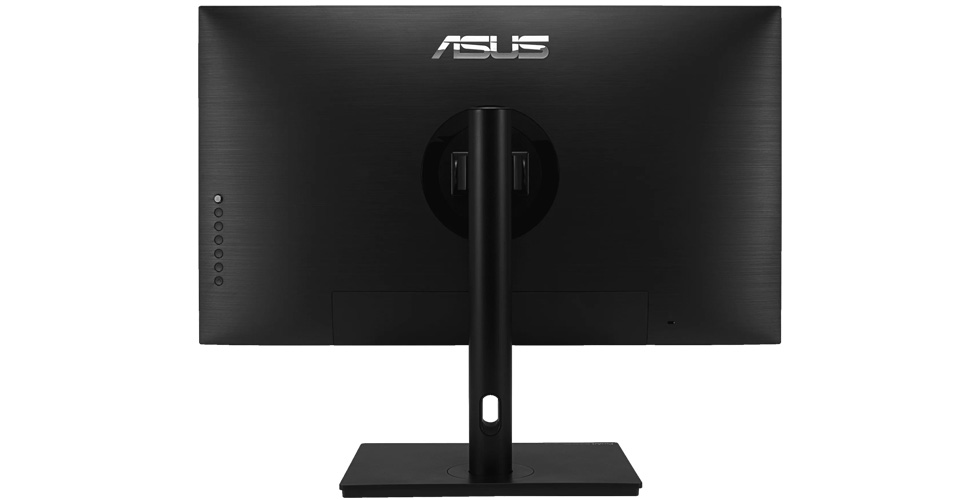 The Asus BE27ACSBK is a new QHD desktop monitor for videoconferencing

The Asus BE27ACSBK is a new Zoom Certified monitor designed for video conferencing or live streaming. It features an integrated FHD 2MP webcam, microphone array, and stereo speakers. The camera can be tilted from -10° to 10° and swiveled from -135° to 180°. It supports Face Auto Exposure - a tech that allows to camera to recognize faces and to fine-tune the image to make them look brighter and stand out from the...

For gamers who are looking for a large, high-quality widescreen monitor, Asus introduces the Asus ROG Strix XG309CM. The 29.5-inch monitor with a resolution of 2560 x 1080 offers a GTG response time of 1 ms and a refresh rate of up to 200 Hz, supported by ASUS ELMB (Extreme Low Motion Blur) Sync. ELMB Sync enables the simultaneous use of ELMB and variable refresh rate technology for smooth and responsive gameplay...