In terms of gaming features, the AOC AG273QCX2 supports Adaptive-Sync and AMD FreeSync 2 for refresh rates up to 144Hz via HDMI and up to 165Hz via DisplayPort. It also boasts 1 ms MPRT. There are a number of gaming features supported by the monitor such as FPS / RTS game modes, Game tone adjustment, Light FX ambient lights, Low Frame Rate Compensation, Multi-screen ratio adjustment, Shadow Control technology. Flicker-free and low blue light techs are present as well. The model features two 5W stereo speakers with DTS stereo surround sound. The stand provides height adjustment up to 110 mm, tilt adjustment from -5° to 23°, and swivel adjustment of 30° in either direction. The monitor can also be wall-mounted with 75 x 75 mm holes.

The AOC AG273QCX2 is available in China, Taiwan and other countries in the region for around USD 531. 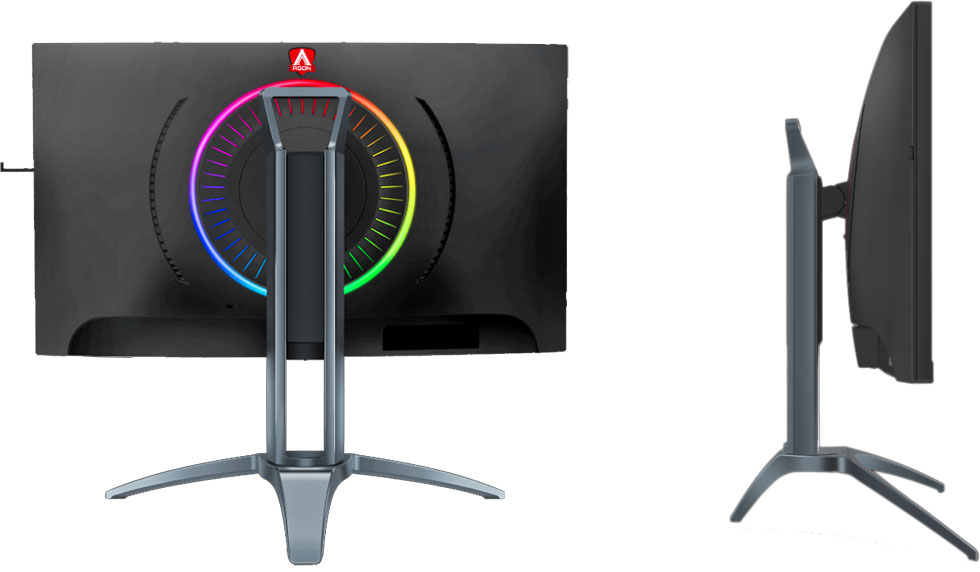 AOC unveils the E2H and P2U series of desktop monitors

AOC China has unveiled several desktop monitors from the E2H and the P2U series. The models from these two series are actually quite similar. The only major difference is that the E2H series offers tilt adjustment only and limited connectivity, while the P2U series offers full ergonomic options and better connectivity options. Currently, the AOC E2H series includes three models as follows: AOC 27E2H specifications...