HP has unveiled a 28-inch 4K monitor target at content creators. The HP U28 4K HDR features a 28-inch IPS display panel with a 4K UHD resolution (3840 x 2160), 60Hz native refresh rate, 4 ms GTG response time with overdrive. The typical brightness measures 400 nits and the static contrast ratio is the classic 1000:1. The display covers 100% of the sRGB and 93% of the DCI-P3 color spaces. It is factory calibrated for color accuracy and offers pre-defined color modes. In addition, HP"s Eye Ease tech is on board reducing blue light emissions, while not adding an orange tint.

The HP U28 4K HDR arrives with a stand that offers full ergonomic adjustment - height, pivot, swivel, and tilt. VESA wall mounting is enabled as well. The connectivity options include an HDMI 2.0 port, DisplayPort 1.2, three USB Type-A 3.2 Gen 1 downstream ports, a USB Type-C port with 65W power delivery, a headphone jack. The monitor will go on sale in December priced at USD 449. 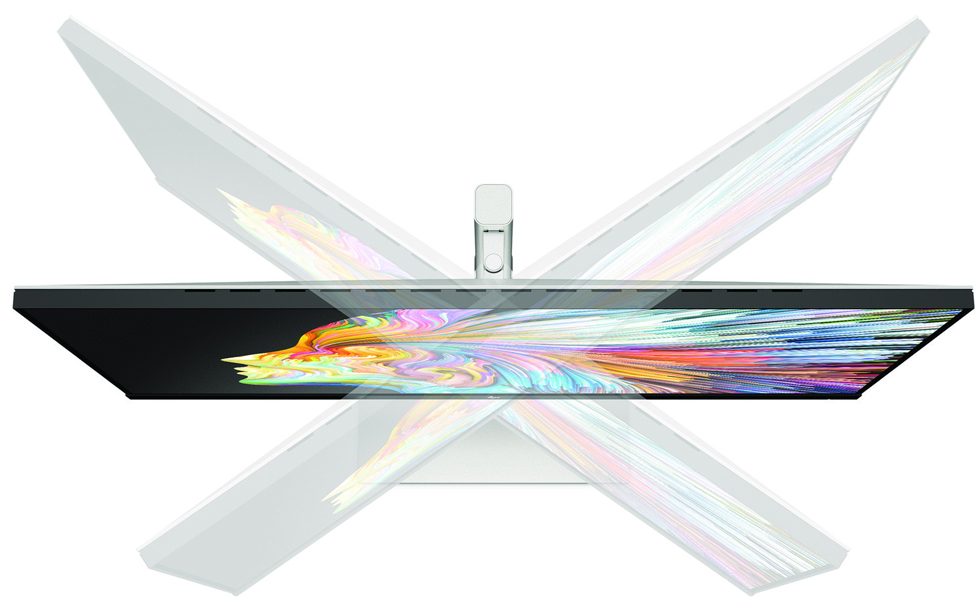 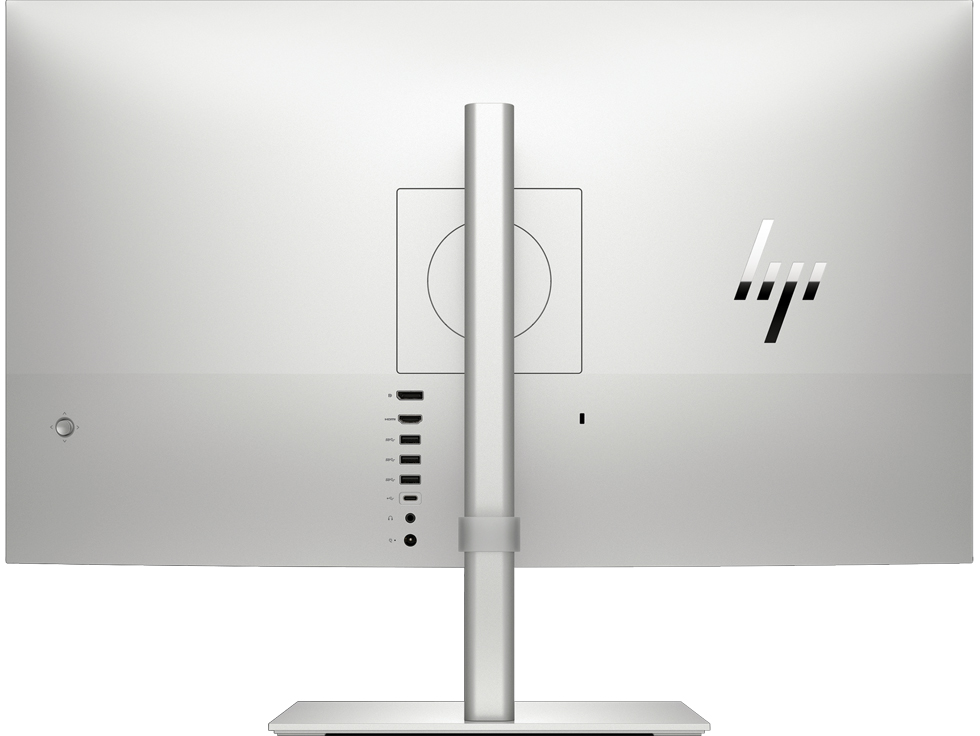 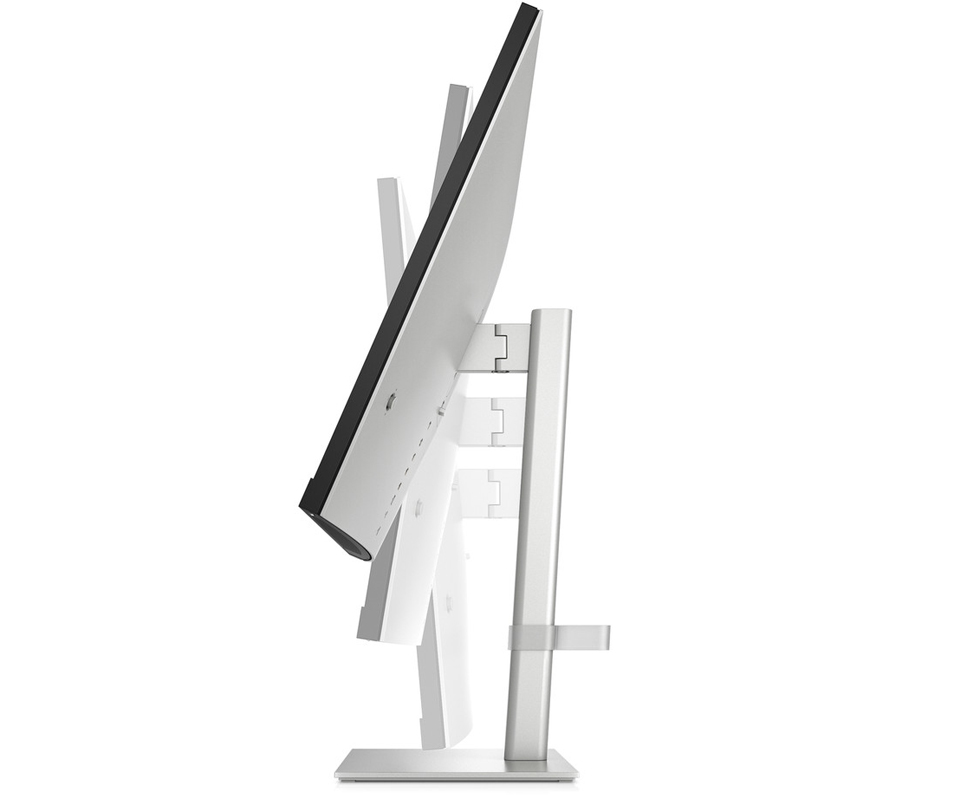 HP launches a number of G4 monitors from its E series

HP has unveiled a paired of gaming monitors - the HP X24i and the HP X24ih. The only difference between the two is that the X24ih offers height adjustment, while the X24i doesn't. All the rest is the same. These models have 23.8-inch IPS display panels with FHD resolution. They offer 1 ms response time and through AMD FreeSync Premium support - up to 144Hz refresh rate. The stand can be removed for VESA wall...

Today HP expanded its OMEN line of products including the OMEN 25L and 30L desktops, OMEN Command Center, and what interests us most - the OMEN 27i Gaming Monitor. The company also introduced the new logo of the OMEN brand. The OMEN 27i Gaming Monitor features a 27-inch Nano IPS display panel with QHD resolution (2560 x 1440). The display covers 98% of the DCI-P3 color space and has a typical brightness of 350 nits...

HP has released the HP P27h G4 desktop monitor with a 27-inch FHD IPS panel. It provides 250 cd/m² typical brightness and a 1000:1 static contrast ratio. The display covers 99% of the sRGB color space and 72% of the NTSC one. The monitor has a fully ergonomic stand that provides pivot, swivel, height and tilt adjustment. It can also be removed for VESA wall mounting (100 x 100 mm holes). There are two 2W speakers...

The HP E24d G4 and HP E27d G4 are advanced docking monitors with a 24-inch and a 27-inch diagonal size, respectively. These are intelligent displays with USB-C ports that support up to 100W power delivery as well as fast video, audio and data transfer. You can power both the display and a laptop, even when the lid is closed, and login with Windows Hello on the integrated privacy webcam. The HP E24d G4 and the HP...

HP participates in Gamescom 2019 with its star-product being the all-new HP Omen X 27. This new monitor ups the Omen brand game significantly and offers a significant improvement in specifications compared to its predecessor - the HP Omen X 25. While both monitors have TN panels with 170/160-degree viewing angles (h/v), the Omen X 27 offers a QHD resolution instead of the lower FHD one and has a refresh rate of...

HP has unveiled the 64.5-inch Omen X Emperium 65 gaming monitor with sound bar. It features a 4K resolution (3840 x 2160) and has a native 144Hz refresh rate. It arrives with built-in NVIDIA G-Sync support, so if you pair it with a PC with at least an NVIDIA GeForce GTX 1050 (GTX 1070 or higher is recommended for optimal performance), it will provide high-end gameplay experience. For a more immersive experience, the...

HP has announced a range of new products, four 4K monitors - one from the EliteDisplay series and the from the Z series. EliteDisplay S270n is the first HP 4K monitor can pull video and data and send up to 60W of power to the PC with just one USB Type-C cable connection. It is available now for a starting price of $549. The new Z series monitors are aimed at engineers and designers who need a consistent colour...

At CES 2018 HP has announced the F-series of desktop monitors. It includes five affordable models with FreeSync. The IPS panels of all five have FHD resolution and the diagonal size of each display is 21.5, 23, 24, 25 and 27 inches, respectively. FreeSync supports a dynamic range from 48Hz to 75Hz. The peak brightness is 300 cd/2, the GTG response time is 2 ms and the static contrast ratio is 1000:1. All models have...

At the NAB in Las Vegas HP has unveiled two new displays from its DreamColor series, which is targeted at the visual effects and animation professionals, and has been developed with high-end studios from this market segment. The first is the HP DreamColor Z31x Studio - a 31-inch desktop monitor with a true 10-bit IPS panel that has a Cinema 4K resolution (4096 x 2160 pixels) and an aspect ratio of 17:9. It covers...

HP unveiled the newest addition to its Omen X series - the 35" curved Omen X 35. The series is created specially for immersive gameplay and this model is meant to provide exactly that. With a 21:9 aspect ratio, 1800R curvature, big diagonal size of 35.03 inches and a UWQHD resolution (3440 x 1440), this monitor offers 34% more screen surface than any 16:9 QHD display. The AMVA panel is combined with a w/LED...