OLED TV panels have been improving its performance every year since LG Display succeeded in mass production for the first time in the world in 2013. The 77-inch next-generation OLED TV panel, which was unveiled at CES 2021, has achieved a step forward in image quality by newly developing organic light emitting devices, the core of OLED image quality.

By integrating cutting-edge display technology, the organic materials that form the basis of the organic light emitting device have been improved with high-efficiency materials, and the luminous efficiency of OLED has been improved by about 20% compared to the previous one by adding one more layer that actually emits light in the device. The higher the luminous efficiency, the better the luminance, and you can enjoy more vivid color quality.

In particular, OLED TV panels have an infinite contrast ratio with "Pixel Dimming" that precisely controls the light of about 33 million pixels (based on 8K). It provides a clear screen and perfectly expresses black, which is the basic color of the color, so you can feel real-life quality without distortion.

On the other hand, recent premium LCD TVs such as mini LEDs have limitations in improving the contrast ratio by using a "local dimming" method in which the screen is divided into 2,500 areas and controlled.

In addition, unlike LCD, OLED emits less blue light, which is harmful to the eyes, and does not have a flicker phenomenon that causes the screen to flicker very quickly. Next-generation OLED TV panels are planned to be applied first from high-end models released this year, and then gradually expanded. LG Display is further strengthening its lineup along with the advancement of OLED image quality.

In addition to the existing 88, 77, 65, 55, 48 inches, starting with the mass production of 83-inch and 42-inch OLED TV panels from this year, the mid-sized lineup has been greatly expanded to the 20-30-inch range in the future, as well as TV, gaming, mobility, and personal displays. It plans to expand the area to such. In addition, differentiated products such as Film CSO (Film Cinematic Sound OLED), which have a slim design while sounding from the screen without a separate speaker, will also be introduced.

LG Display has made a leap forward in OLED technology by transcending the limits of technology through continuous research and development.

Starting with one 55-inch full HD panel, it currently has a full lineup ranging from 48-inch 4K to 88-inch 8K. In particular, they are leading the innovation of form factors unique to OLEDs such as transparent, rollable, and bendable.

OLED TV panels, which had shipments of only 200,000 units in the first year of 2013, recorded 4.5 million units last year, and expanded to 7 to 8 million units this year, solidifying the competitive advantage of the next-generation TV market, and spurring 'OLED trending'.

Vice President Oh Chang-ho, head of LG Display's TV division said, "We will expand our differentiated competitiveness and market dominance in the premium TV market through the evolution of OLED." 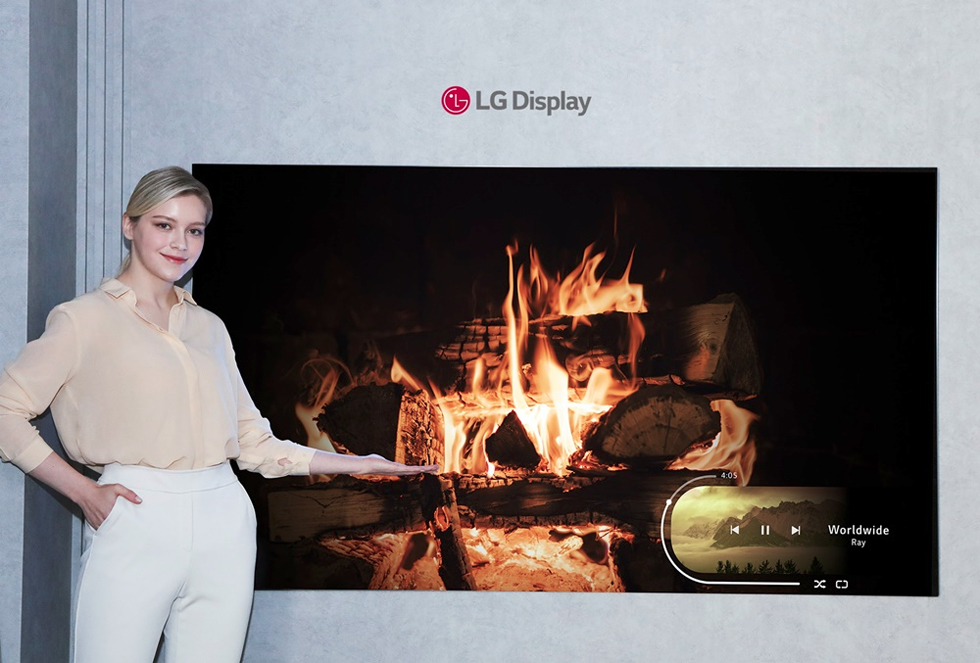