Eizo introduced the 27-inch FlexScan EV2795 and the 24.1-inch FlexScan EV2495 - two frameless LCD monitors equipped with USB Type-C for office hot-desking and remote working. In addition, 70 W power delivery via USB Type-C reliably charges laptop computers. Both monitors also have three USB Type-A ports for easily connecting peripherals. While many modern laptops are not equipped with a dedicated LAN port, the monitor has one directly built-in for a stable wired connection.

The 27-inch Eizo FlexScan EV2795 and the 24.1-inch Eizo FlexScan EV2495 have a native resolution of 2560 x 1440 and 1920 x 1200 respectively. They are certified by worldwide comprehensive sustainability standards including TCO Certified Generation 8, EPEAT, and EnergyStar. In addition, FlexScan monitors meet several of the categories set forth by the United Nations’ Sustainable Development Goals (SDGs) for environmental friendliness and higher work efficiency.

The Eizo EV2795 and Eizo EV2495 begin shipping from October and November respectively. The date of availability varies by country. 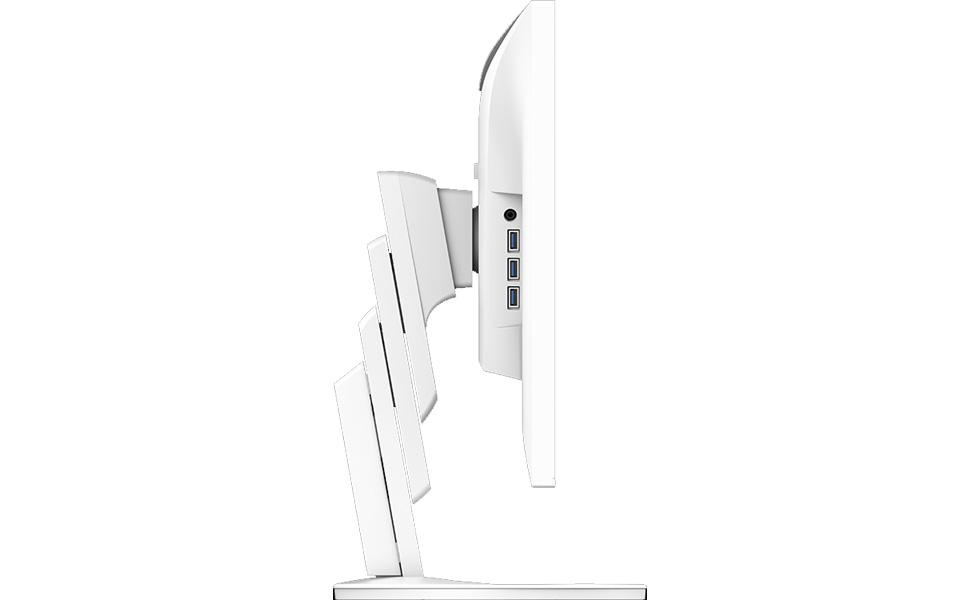 The Eizo ColorEdge CS2740 was unveiled in October 2019 and today, Eizo unveiled a derivative of this model for Japan. It is still unknown whether the Eizo ColorEdge CS2740-X will be available outside Eizo's home market. The new monitor is suitable for producing 3DCG, games, and other moving images, as well as movie and broadcast content. Just like its predecessor, the Eizo CS2740-X has a 27-inch IPS panel with 4K...

The latest Eizo addition to its FlexScan series is the Eizo FlexScan EV2760. It has a frameless design and is available in black and white colors - EV2760-BK and EV2760-WT, respectively. The monitor is especially power efficient with an energy label rating of A++. It is also made especially for relieving strain on the eyes with low blue light and flicker-free techs, including Eizo's Auto EcoView options. The model...

Today Eizo announced two new monitors from its FlexScan series that is suitable for business environments and places that require a small footprint. The Eizo FlexScan EV2460 succedes the FlexScan EV2450 from 2014. The new model offers a 23.8-inch IPS display with a resolution of 1920 x 1080 pixels. It implements EIZO's proprietary EcoView technologies for low power consumption and less strain on the eyes. It reduces...

Today Eizo announced the FORIS NOVA - a limited edition desktop monitor for private entertainment, made specifically for 4K and HDR content, streaming and gaming. Only 500 units will be produced from this model. It features a 21.6-inch OLED panel that supports HDR10 and HGL. It has a 4K resolution (3840 x 2160), supports 10-bit colour and has 330 cd/m2 peak brightness. The display covers 80% of the BT.2020 colour...

Eizo announces the ColorEdge CS2410 desktop monitor, to be launched after a month

Eizo has announced a new 24.1-inch LCD desktop monitor which combines a frameless design with DisplayPort daisy chain compatibility. The FlexScan EV2457 employs a 1080p display panel and fully-flat, frameless design for multi-monitor setups. The panel is adjustable to approximately 1 cd/m² which is less than 1% of the maximum for comfortable work in very dim environments. In addition, the display has a non-glare...

The latest addition from Eizo to its FlexScan series of professional monitors is the FlexScan EV3285. It has a 31.5-inch panel with a 4K UHD resolution (3840 x 2160), 350 cd/m2 brightness, 1300:1 static contrast ratio and adopts a fully flat and frameless design for a lightweight and compact form factor. Compared to the previous model - FlexScan EV3237, the FlexScan EV3285 has been reduced in volume by 17%, and the...

The latest addition to Eizo's FlexScan series of monitors is the FlexScan EV2430. It features a 24.1-inch display with 178° horizontal and vertical viewing angles, a resolution of 1920 x 1200 pixels and 16:10 aspect ratio. The panel has a typical brightness of 300 nits, a 1000:1 contrast ratio and 14ms GTG response time. A number of technologies on board ensure comfortable viewing and reduce eye fatigue. These...

Eizo has announced a new monitor from the professional ColorEdge CG series, created especially for "HDR video editing and colour-accurate photo display in 4K resolution for creating a truly immersive experience". Eizo ColorEdge CG319X has a 31.1-inch IPS panel with a 4K resolution (4096 x 2160), Wide-Gamut LED as well as HLG and PQ gamma curve for editing HDR video content. It covers 99% of the Adobe RGB and 98% of...

Eizo launches two ultra-slim and fully flat FlexScan monitors for business environments. These are the 24.1-inch FlexScan EV2456 and 23.8-inch FlexScan EV2451. Both are suitable for business environments such as trading rooms, back offices and control rooms. Featuring a frameless design on all four sides, they are suitable for creating multi-monitor setups. The vertical bezels and the top one are 1 mm thin, while...

Eizo releases the 27-inch FlexScan EV2780, which is the first Eizo monitor with a USB Type-C terminal. The display has a 1mm-thin bezel and its cabinet is available in black and white with cables in matching colors. The stand provides all possible ergonomic adjustments: height, tilt, swivel and pivot. The monitor features a 27-inch IPS display panel with a LED backlight, 178° viewing angles and a native resolution...

The latest Eizo monitor from its ColorEdge series, which is created for post production editing and video creation has been recently announced. It is named ColorEdge CG247X and features a 24.1-inch with an IPS panel and an FHD resolution of 1980 x 1200 pixels, 16:10 aspect ratio. The backlight is a wide-gamut LED one and the monitor covers 98% of the DCI-P3 and 99% of the Adobe RGB color space. The model's contrast...

Eizo announced the FlexScan S1934 for offices and control rooms