The Acer XV282K KV from the Nitro XV2 series is not the first gaming monitor from Acer with a 28-inch 4K display panel. You can check out the Acer XV280K B from the Nitro XV0 series which was launched back in May as well as the Acer VG280Kbmiipx from the Nitro VG0 series launched back in January. However, this is the first gaming monitor from Acer that has a 28-inch 4K display with a 144Hz refresh rate. The Acer XV282K KV supports AMD FreeSync and offers 1 ms VRB. The advertising materials say VRB but also real 1 ms GTG response time. We bet on the VRB claim. In addition, it is obvious that the new model uses a different display panel from its 28-inch siblings. The panel offers higher brightness - 550 nits typical with VESA DisplayHDR 600 certification. It also covers a wider color gamut - 98% DCI-P3. The ergonomic options remain the same, including 180 mm height adjustment, -5° to 35° tilt, +/-90° pivot, and +/-180° swivel. VESA wall mounting with 100 x 100 mm holes is also available. The Acer XV282K KV is equipped with dual 2W stereo speakers, two HDMI 2.1 ports supporting VRR, DisplayPort 1.4, and a headphone jack. 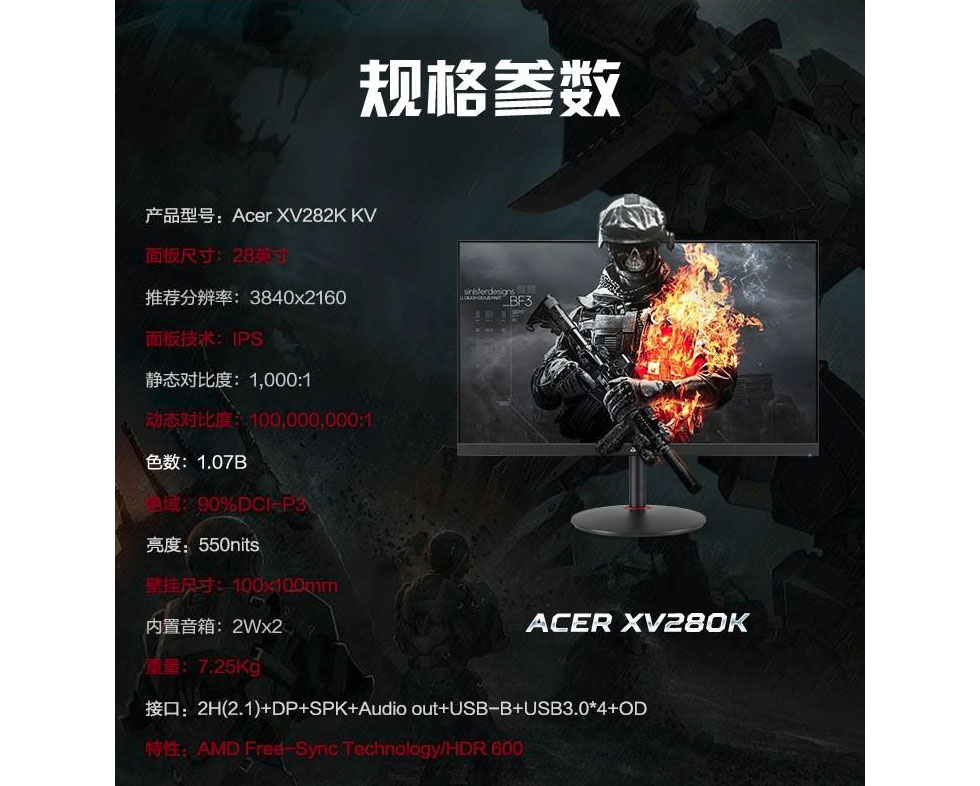 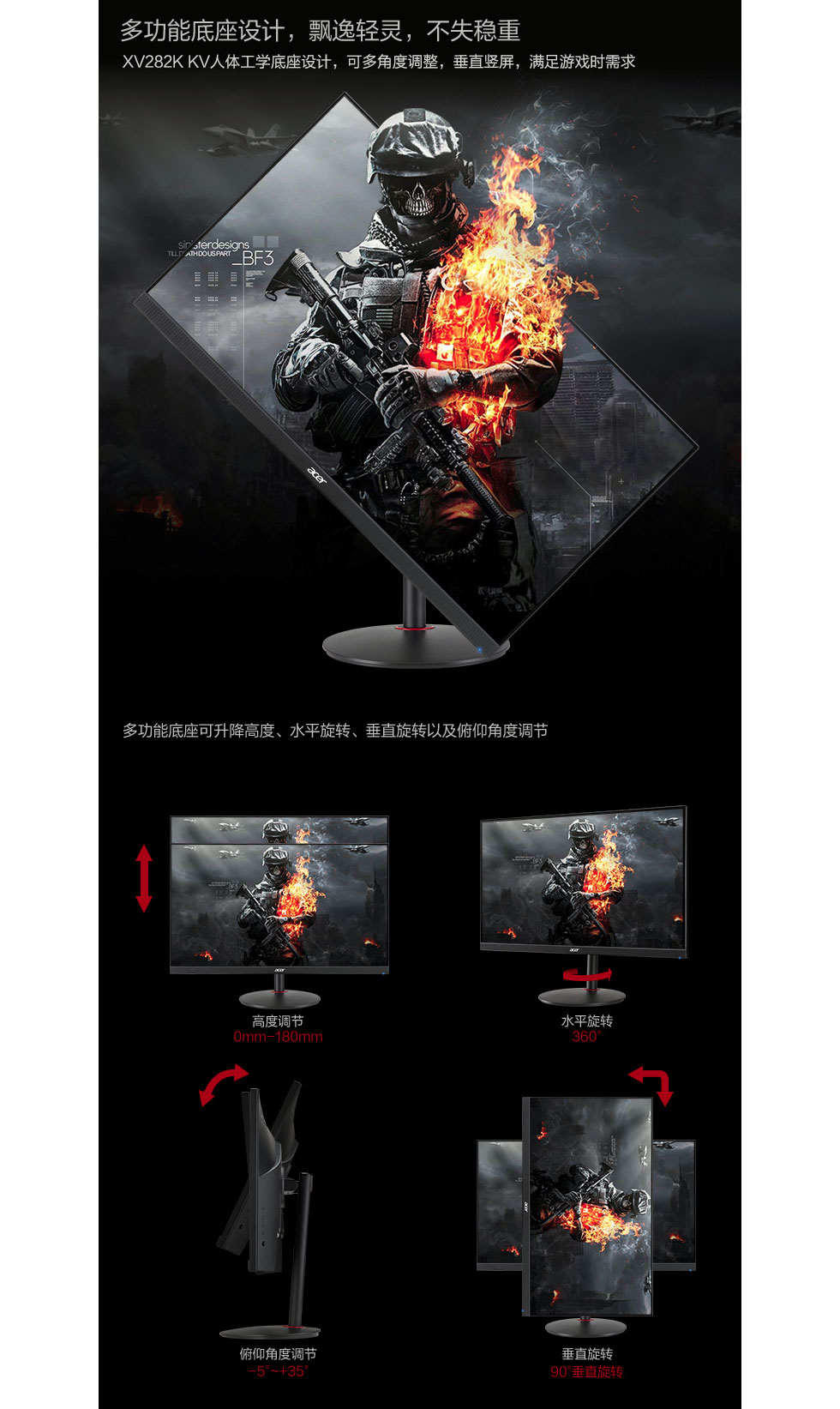