LG Chem has announced that it has acquired key technologies used for producing soluble OLEDs from DuPont. The acquisition ceremony has been held in Seoul on March 29 and the cost of acquisition has not been unveiled. Compared to the current evaporative processes used in display production, the use of soluble OLED display materials will result in less material waste and high-performance end products (displays). Expectations are that major manufacturers will start mass producing soluble OLED displays in the next five years and LG Chem aims to become a leading supplier. "With this acquisition, we could secure every technology related to the soluble OLED materials. DuPont has developed its cutting-edge technologies in the sector for about 20 years," LG Chem said. "With this acquisition, LG Chem now has the world's best competitiveness in the soluble OLED material sector. We will try to provide the best quality products to our customers," Shin Hak-cheol, vice chairman of LG Chem, said in a statement. 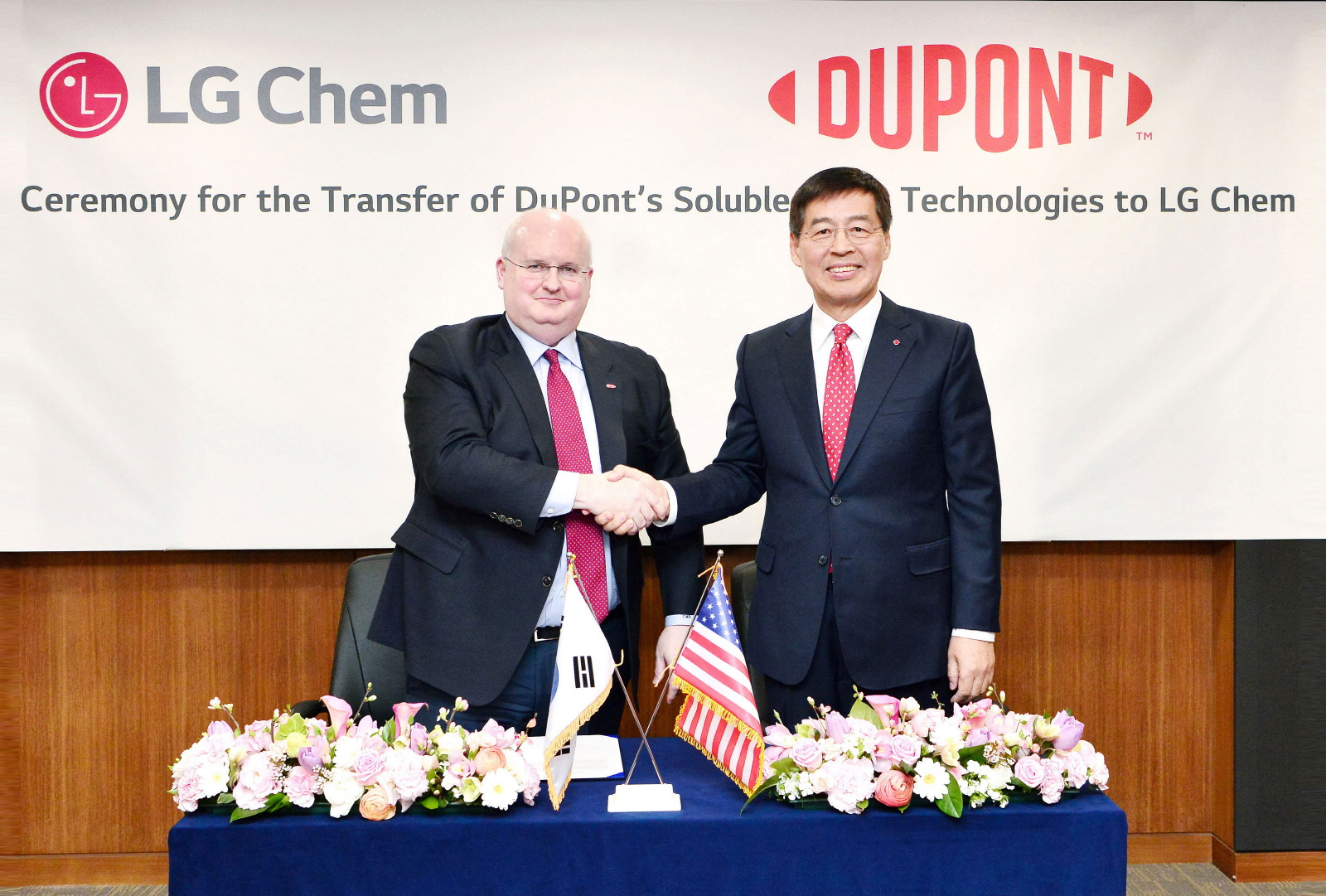