In a detailed article, Samsung engineers elaborate on how the brand's QLED TVs have been optizmied for gaming. One of the most important factors in immersive gaming is input lag. The shorter it is, the better. "Input lag is determined by how quickly image signal can be processed and displayed on the screen," said product planner Jessica BeomEun Kim. Samsung's team was able to minimize QLED TV's input lag, Kim continued, "by enhancing the way the TV processes image signal, which consequently reduces video processing time."

In addition, as developer Youngho Jung explained, FreeSync Premium, a technology that eliminates screen tearing and stuttering enabled this ability to seamlessly manage graphics-heavy games. Also, Game Motion Plus, which minimizes motion blur and halo effects helps smoother gameplay. "We prevented the screen from becoming distorted by syncing the performance of the graphics card with the output of the display," said Jung. Finally, Samsung's gaming QLED TVs have a built-in Dynamic Black Equalizer. This innovative technology utilizes the TV's AI Quantum Processor to enhance image quality in real-time by analyzing a game's dark scenes and detecting objects within them. It then optimizes black levels to help you see things that weren't so clear before.

Samsung QLED TVs also include a number of built-in gaming-specific features that make it easier for gamers to immerse themselves in the action. These include Multi View - a screen-splitting function, Auto Game Mode - enables QLED TVs to automatically analyze connected devices and optimize settings accordingly.

Sound is also important for immersive gaming. Samsung packed its newest QLED TVs with a total of six speakers - two more than previous models. Built-in Object Tracking Sound (OTS) technology enhances gamers' immersion by allowing them to sense where sounds are coming from and how far away they are. 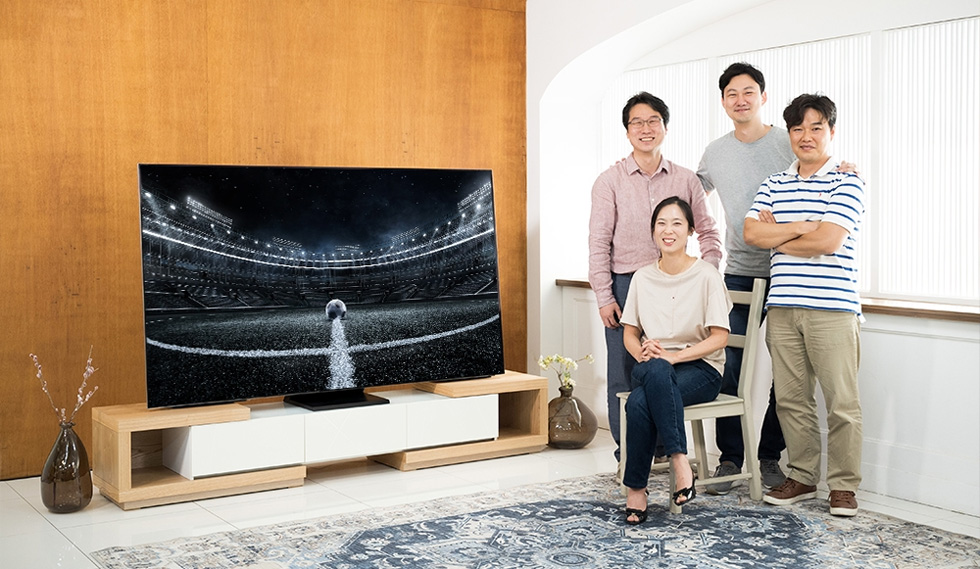