AOC has listed the AOC AG251FZ2E from the AGON series of gaming monitors. It is equipped with a 24.5-inch TN panel with an FHD resolution, 8-bit color support, 400 nits brightness, 1000:1 static contrast ratio. The MPRT is 0.5 ms. The monitor supports AMD FreeSync Premium for refresh rates of up to 240Hz via the DisplayPort and HDMI 2.0 ports as well as 144Hz via the HDMI 1.4, D-Sub, and DVI inputs. Speaking of connectivity, the AOC AGON AG251FZ2E is equipped with a two DisplayPort 1.2 inputs, HDMI 2.0, HDMI 1.4, three USB 3.0 downstream ports, one USB Type-B upstream ports, DVI-D, D-Sub inputs, microphone in, audio-in and audio-out jacks. The stand offers full ergonomic adjustment - height up to 130 mm, tilt from -3.5° to 21.°, 90° pivot, -20°/20° swivel. A duo of 3W stereo speakers is on board as well. Currently, pricing is unknown. 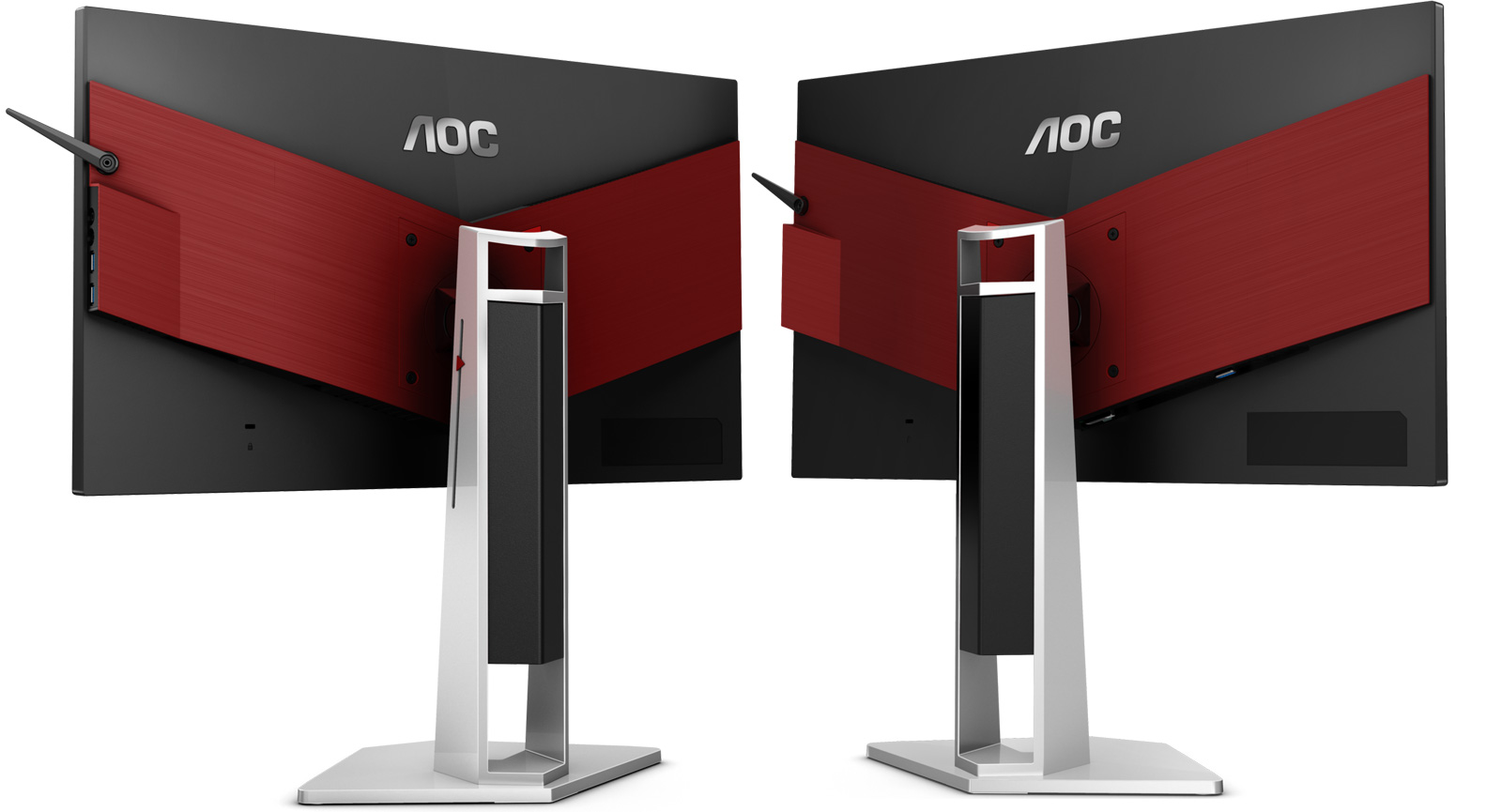 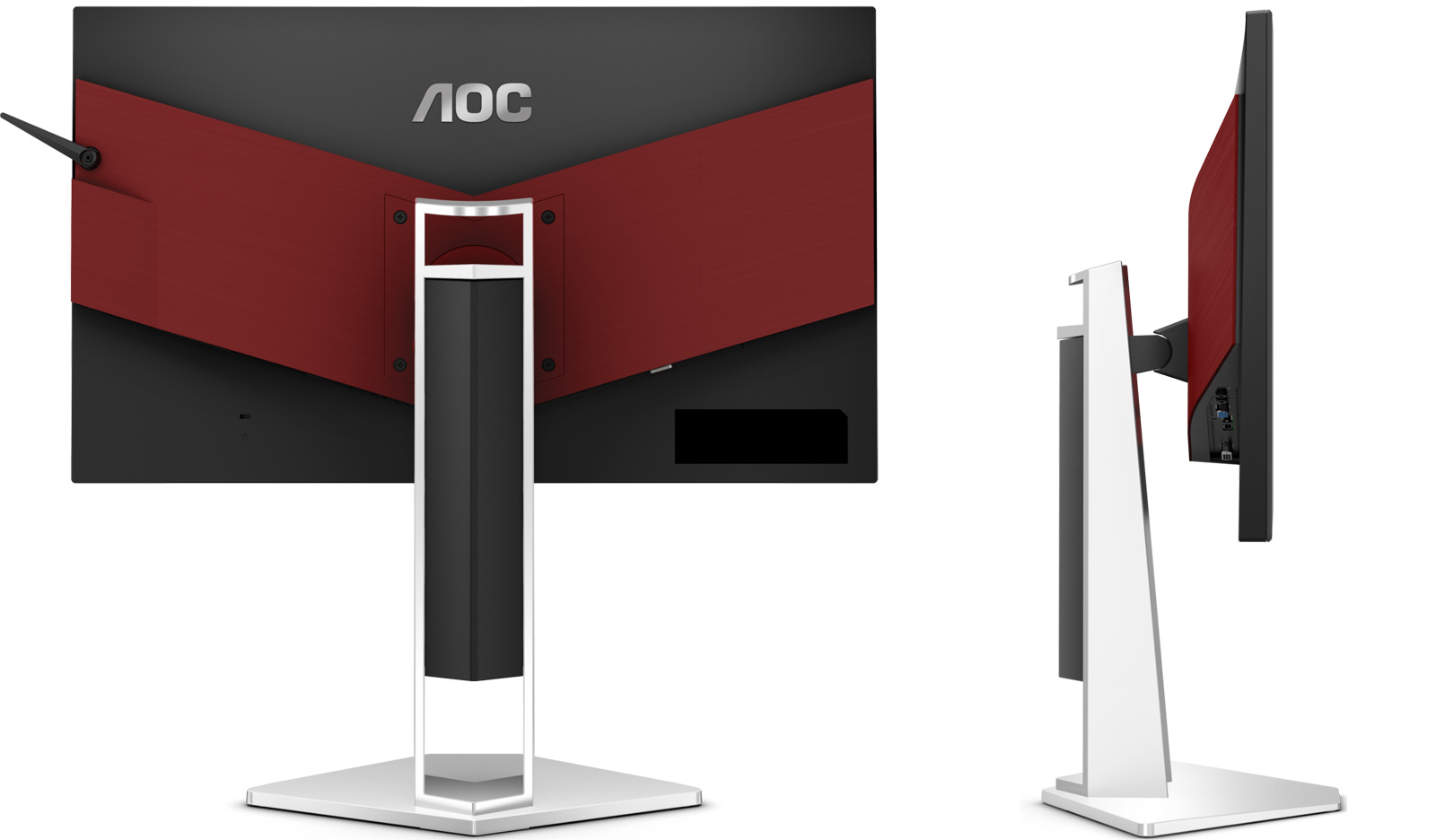 AOC China has released a duo of new 31.5-inch desktop monitors. The specifications of both models are identical. The only difference is their design. The AOC Q32V3S is black with a rectangular stand base with rounded corners, while the AOC Q32V3S is white with an oval stand base. In terms of display specifications, ergonomics, connectivity, and features, the two monitors are identical. Each has a 31.5-inch IPS...

Porsche Design and AOC Gaming have entered a partnership to bring a new line of gaming monitors under the AGON brand to the market. The new products will combine Porsche Design's design philosophy with AOC's expertise in display technology. The first Porsche Design AOC AGON gaming monitor will be launched in autumn 2020. The Porsche Design brand is synonymous with exclusive lifestyle products, which stands for...

AOC Europe has launched a new gaming monitor dubbed AOC U28G2AE. This model is built around a 28-inch IPS display with a 4K resolution (3840 x 2160) and 60Hz native refresh rate. Thanks to AMD FreeSync support, the refresh rate range is expanded from 23Hz to 75Hz at various resolutions. AOC specifies 119% sRGB and 89% Adobe RGB color space coverage. The GTG response time is 4 ms and the MPRT is 1 ms. The AOC U28G2AE...

AOC USA has launched a duo of new desktop monitors from its V3 series. The AOC U27V3 has a 27-inch 4K IPS display panel with 350 nits brightness and 5 ms GTG response time. It has two HDMI 2.0 ports, DisplayPort 1.2, and a headphone jack. Its stand provides basic ergonomy with tilt support only and VESA wall mounting option. This monitor is priced at around USD 200. The AOC Q27V3 has the same design and footprint...

AOC has released in Europe two 31.5-inch monitors that look identical and share plenty of common features, indeed. However, there are several significant differences, so let's check those monitors in detail. AOC U32E2N The AOC U32E2N is equipped with a 31.5 inch MVA (3FL) display panel with true 8-bit color support and a 4K UHD resolution (3840 x 2160). The panel covers 104% of the sRGB and 77% of the Adobe RGB...

AOC China has released the AOC U28G2U - a 28-inch 4K desktop monitor with an IPS display panel that offers 300 nits typical brightness and 1000:1 static contrast ratio. The panel supports 8-bit+FRC and covers 107% of the NTSC, 97% of the DCI-P3, and 119% of the sRGB color space. The model has 4 ms GTG response time and supports up to 75Hz refresh rate even though neither Adaptive-Sync, nor AMD FreeSync is specified...

The AOC CQ32G2SE is AOC's latest offering to gamers who are looking for a big curved gaming monitor. This model is adorned with a 31.5-inch VA display panel with a 1500R curvature, QHD resolution (2560 x 1440), 250 nits typical brightness, 3000:1 static contrast ratio, and 80M:1 dynamic contrast. The display covers 121% of the sRGB color space and 90% of the Adobe RGB one. The monitor supports AMD FreeSync Premium...

AOC China has introduced two new desktop monitors with 1080p IPS displays and up to 75Hz refresh rates. The AOC I2490PXC features a 23.8-inch screen with 250 nits brightness, 1000:1 static contrast ratio, and 4 ms GTG response time. The stand and body of the monitor are colored in silver. The stand can be removed for VESA wall mounting and when in use, it offers full ergonomy - up to 130 mm height adjustment, 90°...

The AOC Q32P2C with a KVM switch is launched in China

The AOC Q32P2C has been launched in China after it appeared on a promotional video for South-East Asia in April. This monitor arrives with a KVM switch (used via the USB Type-C upstream port). The latter supports up to 65W and DisplayPort Alt Mode. In addition, the monitor is equipped with two HDMI 2.0 ports, DisplayPort 1.4, headphone jack, four USB Type-A 3.2 ports. The AOC Q32P2C features a 31.5-inch IPS display...

The AOC G2790VX has been announced in China with a 27-inch VA display with an FHD resolution and a VRR of up to 144Hz. This gaming monitor supports AMD FreeSync (Adaptive-Sync), Black Equalizer, Game Color Adjustment, Motion Blur Reduction technologies. It covers 92% of the DCI-P3 color space and provides 4000:1 static contrast ratio, 350 cd/m² typical brightness, 1 ms MPRT. The stand offers tilt adjustment only and...