While introducing its OD Zero Mini LED technology at CES 2021, TCL announced that its new 2021 TCL 6-Series Roku TVs will have 8K panels. OD Zero combines TCL's latest mini-LED backlight technology to deliver an ultra-slim display with tens of thousands of mini-LEDs and thousands of Contrast Control Zones for striking brightness, precision contrast, and smooth uniformity. The zero represents the measurement of distance between TCL's mini-LED backlight layer and the LCD display layer, which has now been reduced to a remarkable 0 mm to create an ultra-thin high-performance panel.

The XL Collection by TCL is the company's first lineup of 85-inch displays. Three different models will make up the XL Collection this year and each 85" TV will feature performance levels for every kind of home theater. From a simply smart 85" 4-Series TCL Roku TV that delivers the easiest way to enjoy 4K HDR streaming and an 85" 4K HDR TCL Roku TV with QLED picture quality to the ultimate 85" mini-LED powered 8K TCL TV with QLED wide color technology, the XL Collection will fit any budget and exceed the highest performance standards to deliver larger-than-life home entertainment. The massive models of the XL Collection will be available in North America during the year ahead, starting with the 4-Series TCL Roku TV 85" set (85R435) launching later this quarter at just $1599. The 85" QLED TCL Roku TV (85R745) and 85" mini-LED powered 8K TV will arrive in the months to follow. 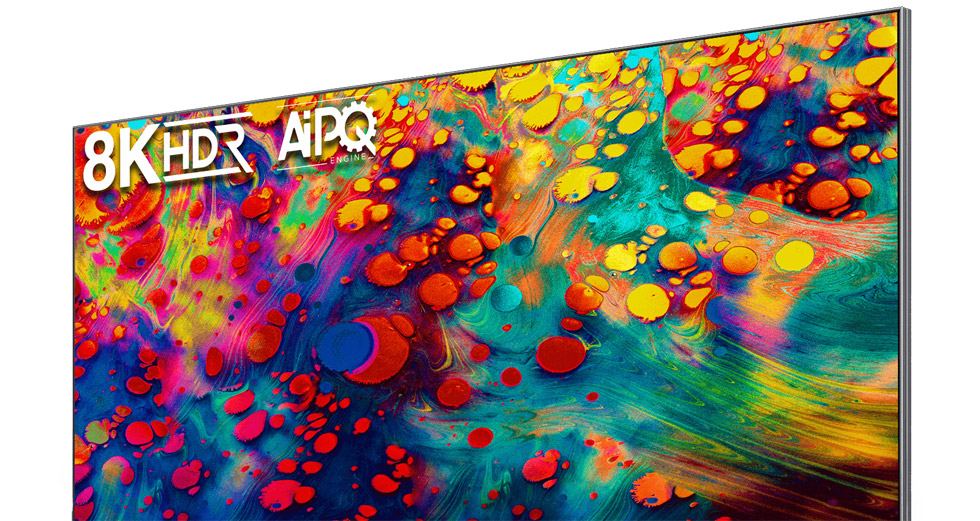 Hisense has unveiled its 2021 ULED TV range, including the Hisense ULED 8K TV which will be available in 65", 75", and 85" models. The Hisense U80G is 8K Ultra HD Certified and is packed with leading sound and image technologies, including Quantum Dot Colour, Full Array Local Dimming Pro, Dolby Vision HDR and Dolby Atmos Audio. The TV is equipped with Hisense's proprietary Hi-View Engine Pro, which leverages...

LG will introduce its first-ever QNED Mini LED TVs at the all virtual CES 2021 as its top-of-the-line offering among LG's 2021 premium LCD. Thanks to quantum dot and NanoCell technologies and a new panel structure enhanced by LG's advanced Mini LED backlighting, the LG QNED TVs produce incredibly accurate colors while the advanced LED backlight offers better contrast and deeper blacks for images of exceptional...