Panasonic's participation at this year's IFA in Berlin has been marked by the presentation of two prototype TVs both of which are on display at Panasonic's booth until September 11th.

The first is dubbed MegaCon which stands for "Mega Contrast" and uses two LCD panels to deliver a black performance which rivals that of an OLED TV whilst also being capable of high brightness too. It has been developed in-house using a Panasonic manufactured module. The outer panel is a high-performance 4K unit while the inner layer is a monochrome panel to modulate the direct LED backlight. Thus, it manages to offer pixel-level dimming, 1,000,000:1 contrast ratio, 1000 nits of brightness at 100% APL that can hold on indefinitely and 99% DCI-P3 colour space coverage. It also uses the unique Panasonic technology to eliminate any parallax effect between the dual panels. The prototype has been tested by Hollywood studios and post-production houses. Their feedback is that the MegaCon offers monitor-level of colour accuracy and a very wide viewing angle without any loss of colour fidelity.

The second Panasonic prototype TV is a transparent OLED concept display which results from the mutual Panasonic-Vitra work. The concept debuted at this year's Salone del Mobile, the world's largest and most prestigious furniture and lifestyle exhibition. The transparent OLED display looks like a glass cabinet, a fashionable piece of furniture that blends in modern lifestyles. When you switch it on, it becomes a vivid OLED display. It has been designed by the Scandinavia-based designer Daniel Rybakken and Panasonic Design Kyoto and employs wood, metal and glass. 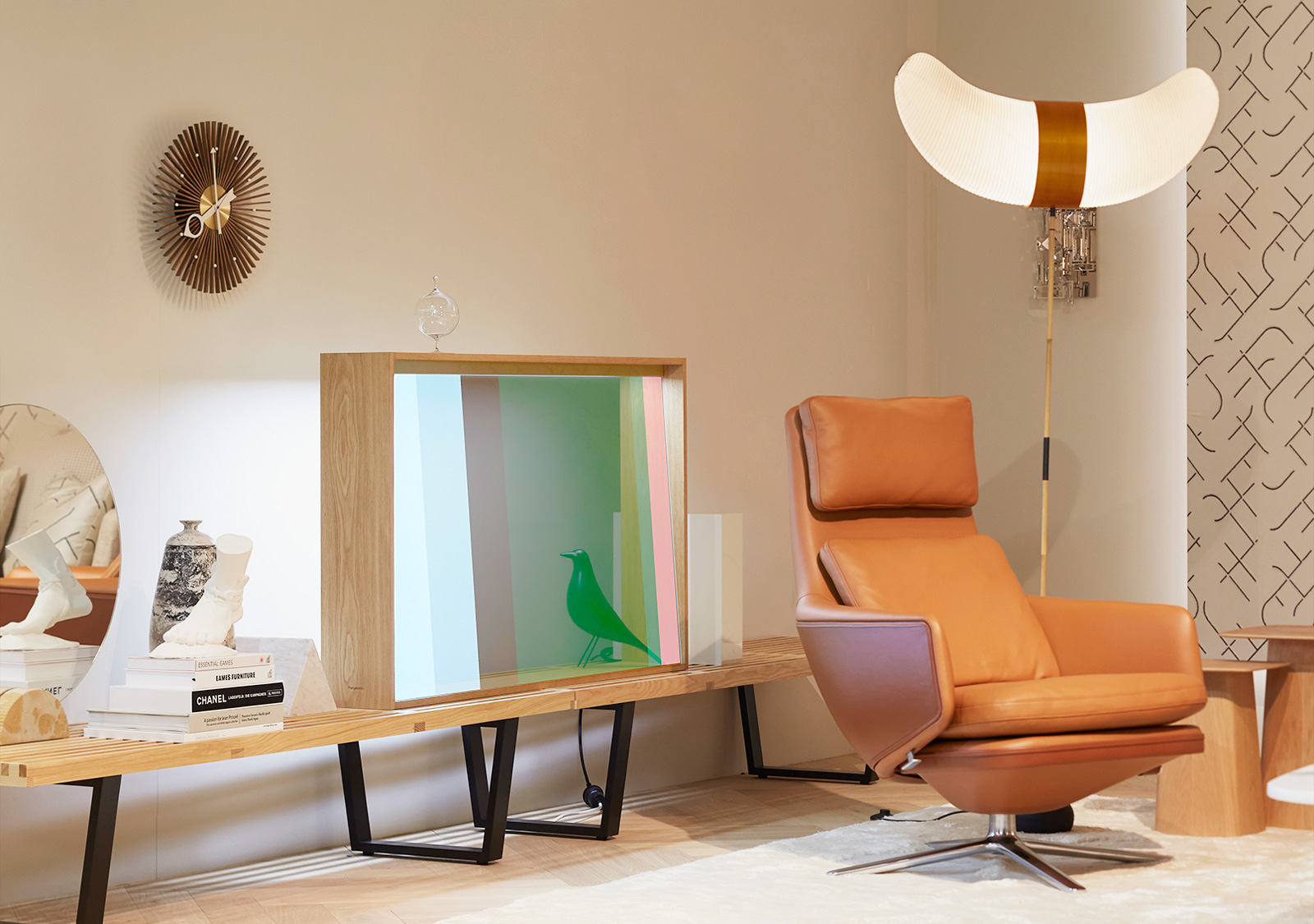