Skyworth brought to CES 2023 a number of its leading TV products including the S1 Outdoor TV, the W82 Transformable OLED TV, the Q52 Mini LED TV, the G3B QLED+ TV, and the Coolita OS smart TV system, all of which were well received by the media and attendees.

After releasing the Q72, the first Skyworth Smart Mini LED TV built using COG glass-based technology in 2021, Skyworth officially unveiled the S1, the world's first outdoor Google TV, at this year's CES. The Skyworth S1 has a peak brightness of 3000 nits and a 1400+ Mini LED full-array backlight to achieve excellent dark field and highlight performance and support high-quality image rendering even under direct sunlight. The S1 also supports Dolby Vision and HDR10 and can automatically balance the brightness and color temperature of the screen in real-time using its built-in ambient light sensor, ensuring a comfortable viewing experience throughout the day.

Equipped with an 8-speaker audio configuration with a total power of 100W, the SKYWORTH S1 supports Dolby Atmos, which is combined with advanced audio processing technology, and ensures that ambient noise no longer affects the audiovisual experience. Any sound on the S1, whether it is elegant guqin or orchestral music, becomes "a feast for the ears." The S1 combines stunning images and dynamic sound quality with wide viewing angles and high-speed motion picture processing to create a cinema-like experience for viewers. Its all-metal body and industry-certified high-strength screen panel also provide excellent heat dissipation, water and dust resistance, and impact resistance, allowing the S1 to withstand changing outdoor environments. 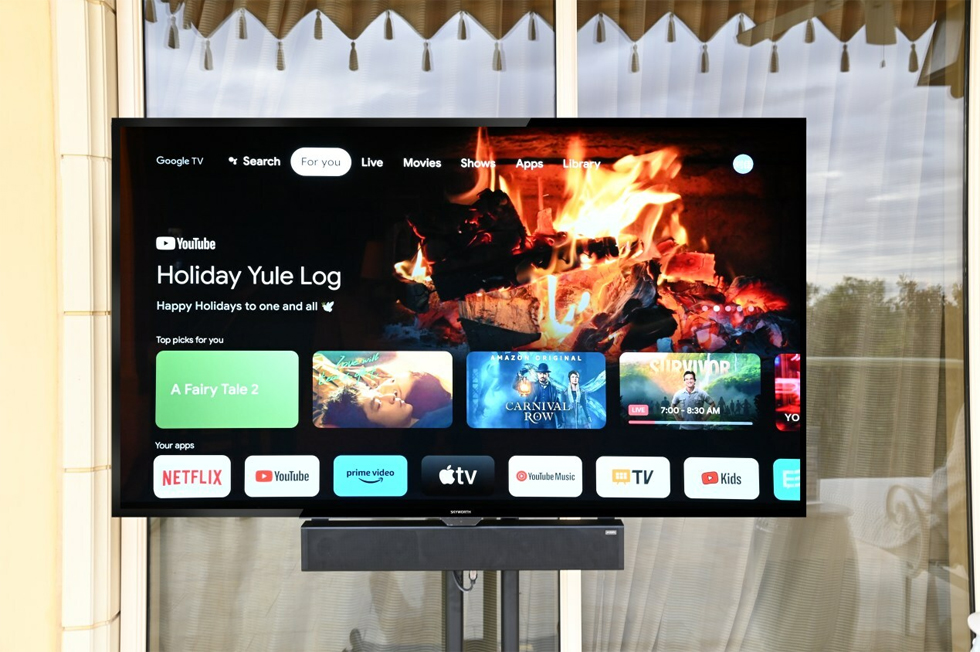