The MSI MAG274QRF is a new gaming monitor from the brand's Optix series. It is equipped with a 27-inch Fast IPS display that has a QHD resolution of 2560 x 1440 pixels, 300 nits brightness, 1000:1 static contrast ratio. The display panel covers 131% of the sRGB color space and 94% of the DCI-P3 one. The monitor offers 1 ms GTG response time and up to 165Hz fresh rate - via DisplayPort and USB-C port with DP Alt Mode. Via the HDMI ports, the top refresh rate is 144Hz. The MSI Optix MAG274QRF is NVIDIA G-Sync Compatible and support AMD FreeSync Premium technology. It also arrives with a 5-way OSD navigation joystick, Mystic Light on the back panel, Gaming OSD app, and a number of features such as Game Mode, HDR Ready, Night Vision, Wide Color Gamut. The monitor has two USB Type-A 2.0 downstream ports, one USB Type-B 2.0 upstream port, a USB-C port with DP Alt mode, two HDMI 2.0 inputs, DisplayPort 1.4, a headphone jack. Its stand offers full ergonomic adjustment options - +/-90° pivot, +/-75° swivel, -5° to 20° tilt, up to 130 mm height adjustment. VESA wall mounting is enabled as well. 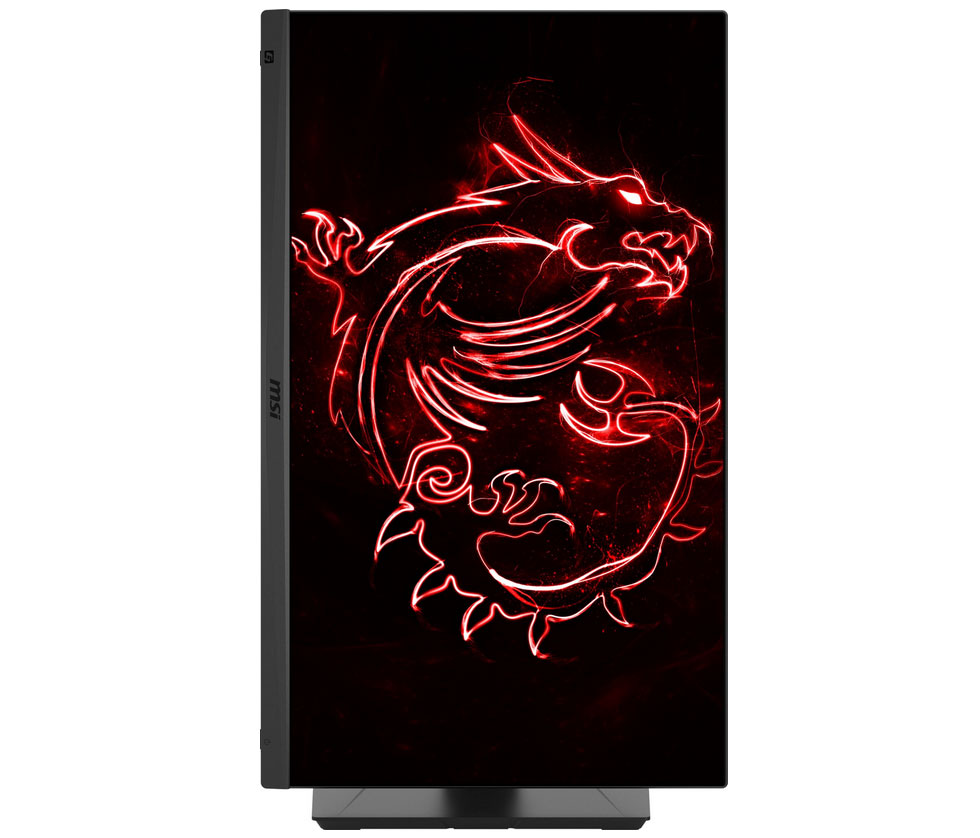 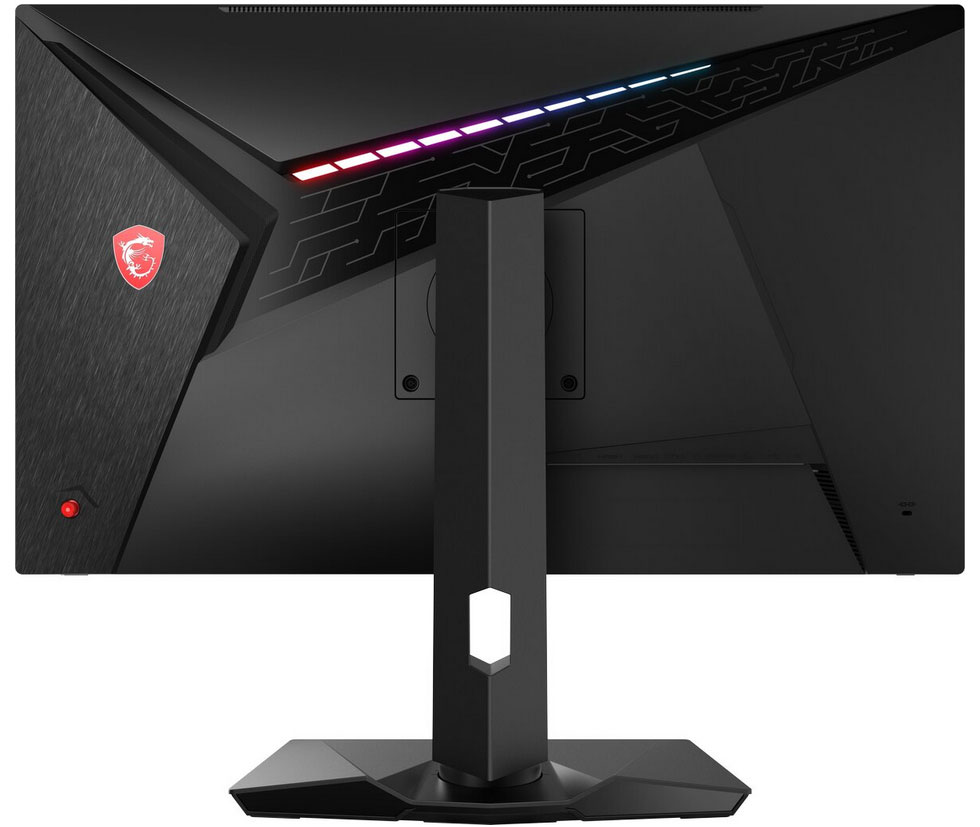 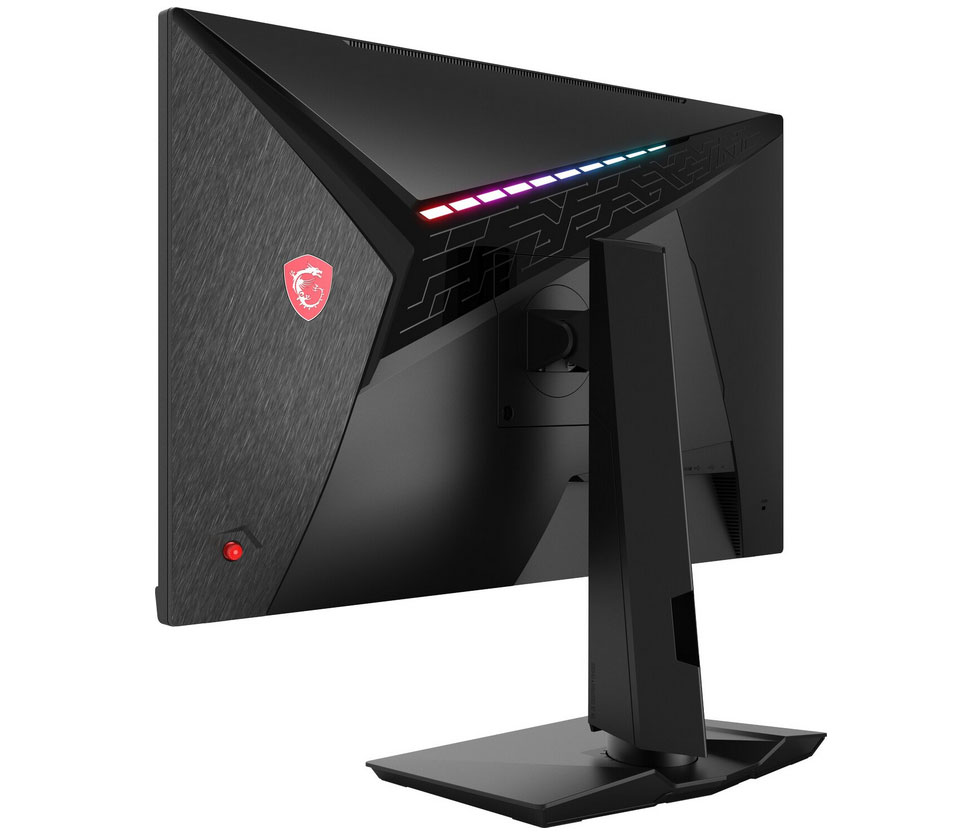 MSI has announced a new series of gaming monitors with 1000R curvature and AI. Dubbed ARTYMIS, it is inspired by the goddess Ἄρτεμις from the Greek mythology - the goddess of hunting. The first product from the series - ARTYMIS 343CQR, comes equipped with a 3440 x 1440 resolution, 1ms response time, and DisplayHDR 400 to fully utilize the NVIDIA GeForce RTX 3000 Series. It is expected to be launched in December of...

NVIDIA has recently debuted its "Reflex Latency Analyzer" technology on the Asus ROG Swift PG259QNR. Now, MSI is introducing its own e-sports gaming monitor that features this technology - the MSI Oculux NXG253R. If you're using NVIDIA's new GeForce RTX 30-series graphics cards on your PC you will be able to measure the time lag between a mouse click and the muzzle flash in a video game thanks to the Reflex Latency...

MSI PS321QR and MSI PS321URV from the Creator series are launched

The MSI PRO MP241 is a desktop monitor from the brand's PRO Series that is made for both commercial and professional use. It is equipped with a 23.8-inch IPS display with an FHD resolution and is a classic allrounder - suitable for interior design, programming, coding & web design, viewing applications, spreadsheets, and more. Work from home with an online conference call or just enjoy your time at home with a...

MSI has announced a new gaming monitor with a curved display and a WFHD resolution. The MSI Optix MAG301CR features a 30-inch ultra-wide display panel with a resolution of 2560 x 1080 resolution. The curved VA panel offers 3000:1 static contrast ratio and covers 127% of the sRGB color space and 98% of the DCI-P3 color space. The monitor is HDR Ready meaning it delivers better color and contrast accuracy, and...

MSI has announced a duo of eSports Gaming Monitors - the MSI Optix MAG273 and the MSI Optix MAG273R. Both monitors are HDR Ready and are equipped with an IPS panel and provide 1 ms response time and 144Hz refresh rate. They also arrive with the Gaming OSD App, which allows you to control your monitor display under a software window. You can even customize display settings for different software in the app, it will...

MSI has unveiled a duo of eSports monitors from its Optix G series - the MSI Optix G271 and the MSI Optix G241. They feature 27-inch and 24-inch display panels, respectively. Both are IPS with 1920 x 1080 resolution and up to 144Hz refresh rate thanks to AMD Radeon FreeSync. 1 ms response time (boosted) is specified as well. In addition, both monitors feature Frameless Design and a number of features such as Night...

A month ago, we reported that the MSI Optix MAG251RX is one of the latest NVIDIA G-Sync Compatible monitors. Back then, this model was not announced yet. Until today. The MSI Optix MAG251RX is a 24.5-inch IPS monitor with an FHD resolution and a 240Hz refresh rate. It offers 1 ms response time (boosted) and 178-degree viewing angles. The panel provides 84% of the DCI-P3 and 107% of the sRGB color space. The typical...