At SID Display Week 2019, BOE introduced a number of display solutions for various markets. For starters, the company showcased its in-car road driving scene which comprises of a smart driver cabin and a spliced display screen of three units in three rows with only 0.99 mm bezels. It allows visitors to experience a brand-new in-car display solution of the future. It also includes a head-up display thanks to AR.

Moreover, BOE replaces the traditional in-car LCD display with a 12.3-inch three-unit flexible display backed by the OLED pixel compensation circuit technology developed by the manufacturer. BOE's smart cabin is also equipped with a 6.39-inch flexible display as a built-in rearview mirror offering excellent viewing even in rainy or snowy days. Flexible AMOLED displays can be also applied on transparent A-pillars and with the help of a camera, this can solve the problem with blind spots in automotive design.

BOE already supplies its in-car high-end solutions to automakers in the United States, Germany, the UK, Japan and South Korea.

In addition to flexible display applications, BOE also showed the BD CELL UHD 12-bit display which features an ultra-high static contrast ratio of up to 1,000,000:1, and a black field brightness of less than 0.003 nits. It means that every color and detail of the image can be clearly displayed. BOE also presented a host of 8K products, including a 75-inch 8K 120Hz display, a 3.5-inch 8K display, and 0.39-inch 8K spliced VR display. Under the "8425 Strategy" (promote 8K, popularize 4K, replace 2K and make good use of 5G), BOE is now speeding up the application of 8K in many fields. 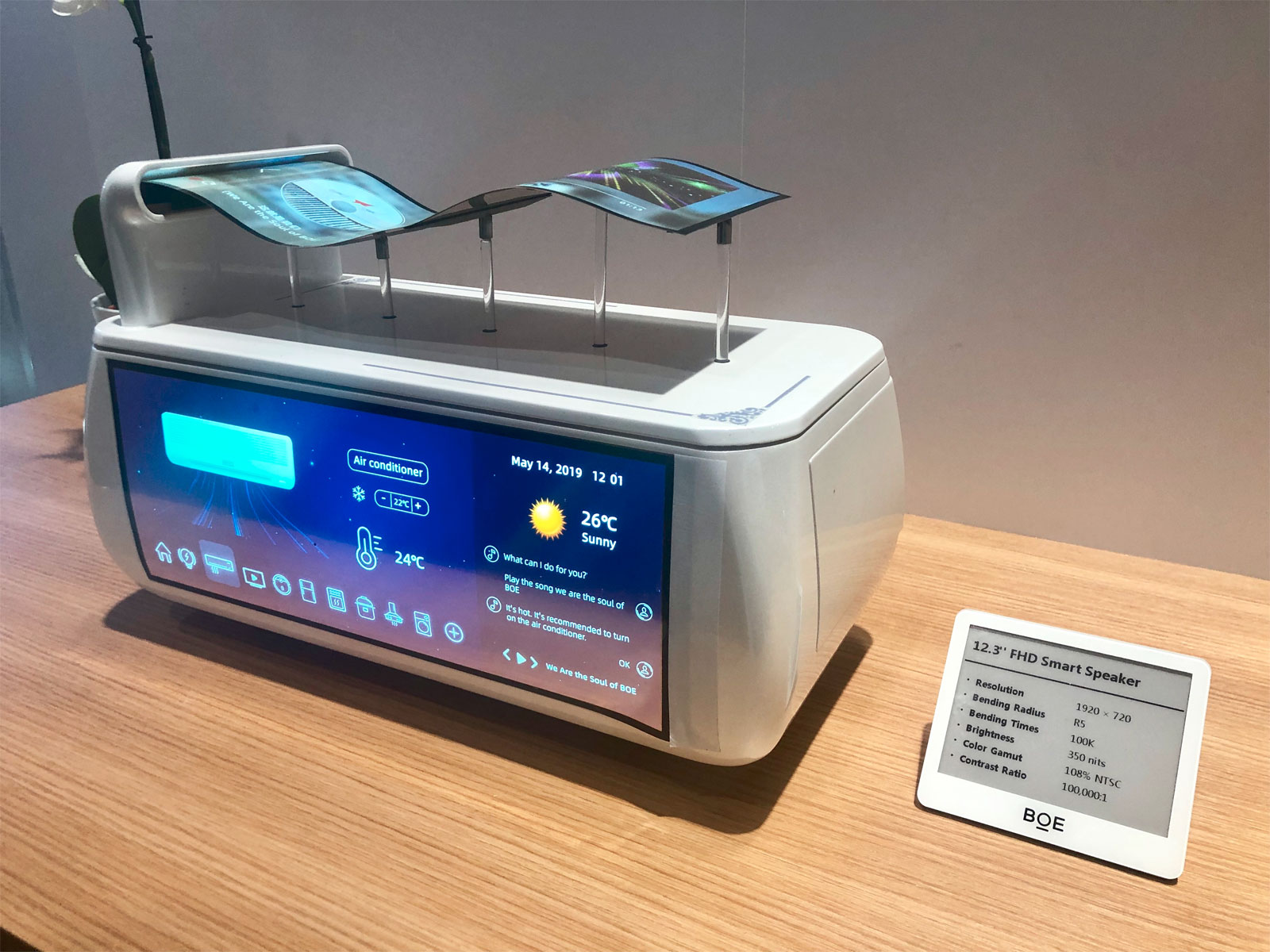