Philips launched its premium series of OLED and Mini LED TVs. Let's begin with the Philips OLED+937. As the flagship in the Ambilight TV range, it is only natural that the OLED+937 will continue to define what’s ultimately possible for TV picture and sound quality by offering clear improvements to both – an achievement already officially acknowledged by the 65” OLED+937 winning Home Theatre TV at the 2022 EISA Awards.

The 65" OLED+937 uniquely combines an improved version of Philips's powerful AI Dual Engine processing displayed via the latest OLED EX panel, with its special heat-sink, to allow the set to offer a very impressive peak light output of 1300 Nits. In addition to its dedicated AI features, the 2022 version of the P5 AI Intelligent Dual Engine picture processing now includes an Advanced HDR feature that uniquely optimizes HDR performance by tone mapping content frame by frame rather than averaging values scene by scene.

The Bowers & Wilkins sound system has also been improved, and for the first time features dedicated left and right side-firing drivers to create a true 5.1.2 specification with an increased power output of 95W to ensure a truly room-filling immersive accurate sound. The OLED+937 is also one of the first sets to feature Philips Ambilight Next Generation technology which rather than dividing the rear-mounted LEDs into groups, now allows the individual control of each LED to offer a wider range of colors and a more precise match to the on-screen image. The result is an even more immersive Ambilight performance giving an even better impression of the image extending beyond the boundaries of the screen.

A new Aurora screen fill feature combines a gallery of pre-loaded images & videos displayed together with Ambilight, to create an attractive background multimedia art show in the living room. The OLED+937 offers an excellent gaming experience with G-sync and Free-sync Premium compatibility, the dedicated on-screen game settings bar plus a new VRR Shadow Enhancer feature designed to optimize gaming performance to the refresh rate of the panel.

The premium feel also extends to the European design of the OLED+937 with the new OLED EX panel offering a narrower bezel to offer a seamless transfer to the minimal metal surround of the set, and a better connection to the Ambilight halo. The loudspeaker enclosure continues to be integrated as part of the TV stand, and now features Kvadrat Audiomix cloth on both the top and front, with specially perforated satin metal speaker grills on each end. A new remote control includes a motion-operated backlight, a high-quality silver finish, and continues with the luxurious feel of a Muirhead leather-covered rear.

The new Philips OLED+907 follows and greatly improves upon the hugely popular format of the original OLED+903 model by discretely integrating a Bowers & Wilkins sound system within the overall silhouette of the set. Exceptional picture quality is also provided by a combination of the powerful 6th Gen P5 AI processing with the Royal version of the latest OLED EX panel – and integrated heat-sink – offering 1300 Nit peak light output on the 55" and 65" sets.

Ideal for gaming, the OLED+907 features Philips TV’s game settings bar and is both Freesync Premium and G-Sync compatible while offering 4K 120VRR playback in full resolution via monitor mode. Premium European design includes a centrally mounted, minimalist flat-plate metal swivel stand finished in satin chrome, while the discrete sound enclosure runs the full width of the bottom of the set and is finished in Kvadrat Audiomix cloth. The minimalist metal frame of the set enjoys a closer, seamless connection to the on-screen image and the Ambilight experience thanks to the narrower screen bezel of the new OLED EX panel.

The 2022 Philips OLED+ 937 and OLED+ 907 series include the following models: While OLED remains the choice for outright performance at the very top of the Ambilight TV range, Mini LED technology has expanded TP Vision's premium offering thanks to its combination of excellent picture quality and outstanding value.

Premium picture quality is guaranteed via the inclusion of the Philips 6th Gen P5 AI processing, and high-quality 120Hz VA panels with an impressive 1500 Nits peak light output. Uniquely immersive viewing is delivered via a four-sided version of the new Ambilight Next Generation system plus the addition of the new Aurora functionality to continue the in-room immersive content experience – once the main show viewing has finished.

Sound quality is equally impressive thanks to an integrated 2.1, 70W system with two pairs of down-firing tweeters, and two mid-range drivers plus a separate, triple ring subwoofer and twin passive radiators mounted in their own enclosure in the rear of the set.

The PML9507 also has the flexibility to be used as a dedicated center channel in an expanded sound system using compatible, Play-Fi-connected satellite speakers – such as the new Philips Fidelio FS1 – to widen the sound stage while dialogue remains locked to the on-screen characters. The premium European design of the set includes a gun-metal finish, a metal bezel with a narrow strip along the lower edge of the set which reduces to a minimal enclosure on the other three edges of the screen. Dark anthracite anodized brush-cut metal sticks complete the design. 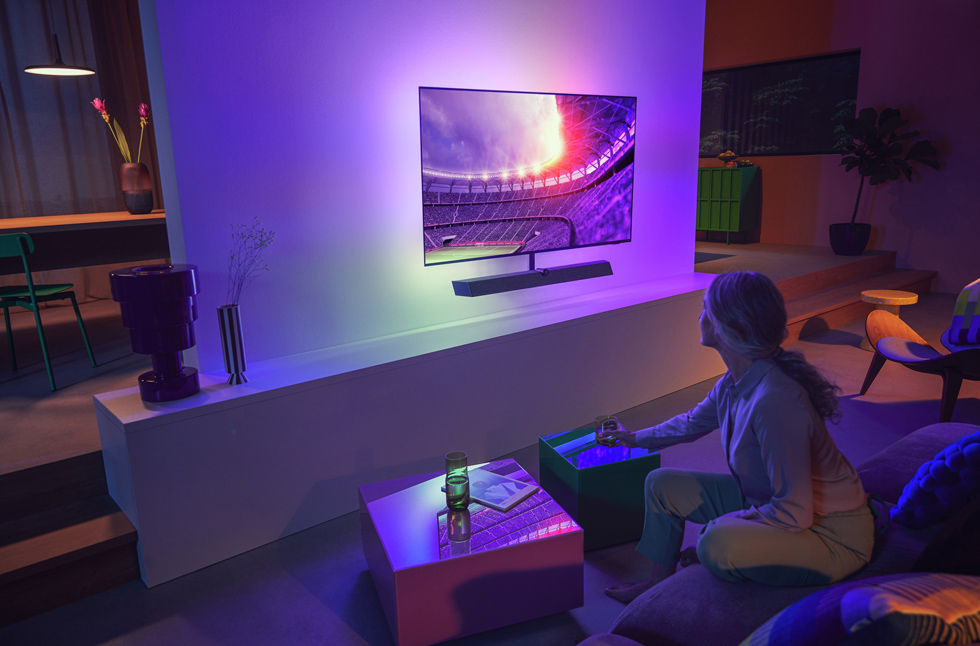 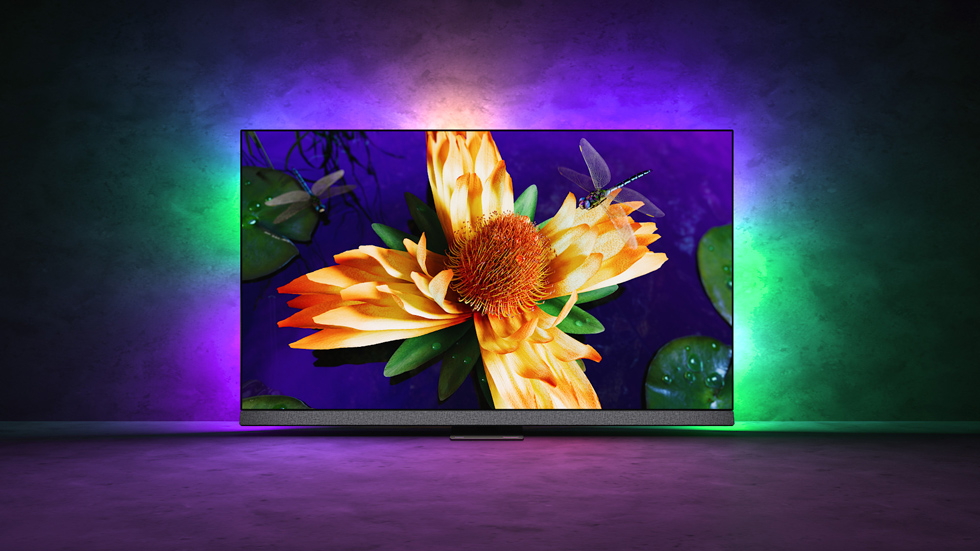 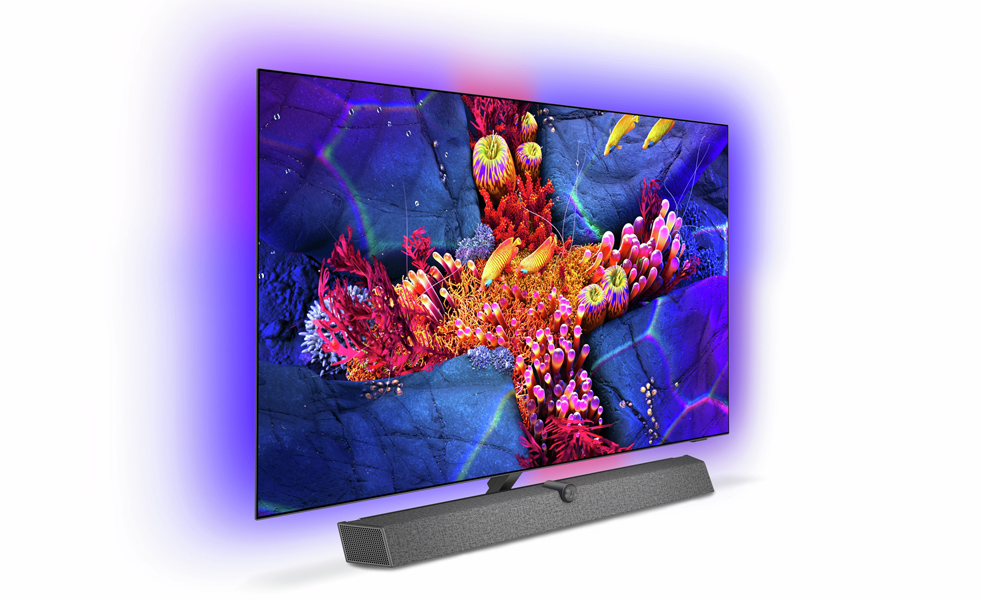 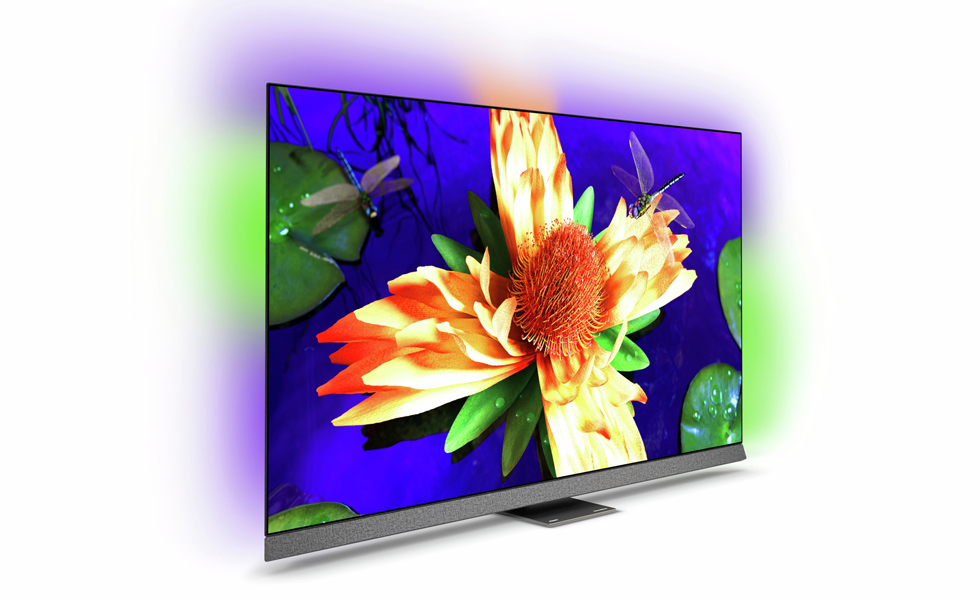 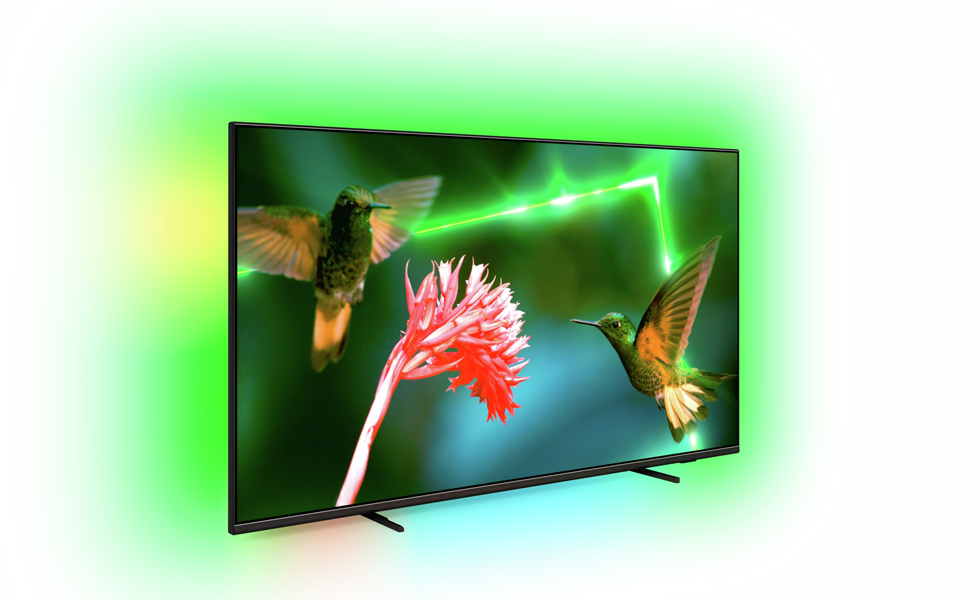 Starting today, the Asus ProArt Display OLED PA32DC is available in Germany, Austria and Switzerland at a suggested retail price of 4,499 EUR or 4,499 CHF. This monitor uses a 31.5-inch 4K OLED display panel from JOLED with an RGB sub-pixel arrangement for the crispest on-screen images and text. It offers a response time of 0.1 ms, true 10-bit color, covers 99% of the DCI-P3 color space, and has a contrast ratio of...

Philips is prepping a trio of new ultra-wide desktop monitors, all with a 34-inch diagonal size. These are: Philips 346E2LAE Philips 345M2RL Philips 345E2LE These Philips 21:9 ultra-wide monitors deliver WQHD resolutions (3440 x 1440) alongside high-performance panels for crystal clear images. This format gives users the ability to see much more on the screen, a feature that allows for a greater edge and awareness...

The Philips 34M1C5500VA has just been unveiled featuring a 34-inch VA display with a 1500R curvature and an ultra-wide QHD resolution - 3440 x 1440 pixels. The monitor covers 120.7% of the sRGB color space and supports HDR10 with 300 nits of typical brightness. Philips also specifies 4 ms GTG response time and 1 ms MPRT. The model is equipped with two HDMI 2.0 inputs through which it supports up to a 100Hz refresh...

In May, this year the LG UltraFine OLED Pro 27EQ280 monitor appeared in information from the TIPA World Awards that it has one this year's award for Best Professional Photo Monitor. Aimed specifically at professional image editors and video and still photographers, this OLED display delivers an impressive 1M:1 contrast ratio with no trace of halo or blooming effects, plus true 10-bit color depth. Image accuracy is...

Asus will take part in the IFA 2022 in Berlin that sets off later this week. In the display category of products, Asus will present the ProArt Display OLED PA27DCE which debuted at Computex 2022 in May earlier this year. This monitor measures 26.9 inches with 4K resolution (3840 x 2160) and boasts 350 nits of peak brightness. The display offers 10-bit true color and a wide 99 percent DCI-P3, 99 percent Adobe RGB and...

Asus Republic of Gamers (ROG) today announced the availability of the Swift OLED series gaming monitors. These displays feature the latest generation OLED panels that offer greater efficiency and brighter visuals, as well as a sub-pixel layout that provides extreme levels of detail and clearly-defined text to upgrade the viewing experience. The 42‑inch Asus ROG Swift PG42UQ is designed for immersive desktop gaming...

TCL returns to IFA 2022 in Berlin from September 2nd to September 6th. The brand will be showcasing a collection of world-first exhibits, including the latest display technology for large screen Mini LED QLED TVs with live demonstrations and introductions to the full category offerings. Meanwhile, TCL is hosting a global press conference on 1 September, followed by a five-day exhibition with an expansive TCL booth...

The Philips PUS7607 and the Philips PUS7657 have been unveiled sporting Saphi and powered by a Pixel Precise Ultra HD engine with a dual-core CPU. These are 4K LCD TVs with a 60Hz native refresh rate and no particular image quality enhancing features. They are HDr10, HLG, and Dolby Vision certified. The audio department comprises two 10W speakers with Dolby Atmos, AI Sound, AI Equalizer, Clear Dialogue, and Night...