The MSI Optix MEG381CQR Plus was first mentioned at CES 2021 back in January this year. Later, it got a slightly more proper presentation at Computex 2021 in June. Today, MSI made the final presentation of the model and released some specifications.

The MSI Optix MEG381CQR Plus is an HMI Gaming Monitor where HMI stands for Human-Machine Interface. The HMI operation interface allows processes to be more convenient and intuitive through the cooperation of Gaming Dial and a second monitor, which is located at the left bottom corner of the monitor.

The model is equipped with a 38" IPS display with a 2300R curvature, UWQHD+ resolution (3840 x 1600), 400 nits of typical brightness, VESA DisplayHDR 600 certification. The display also covers 128.7% of the sRGB and 96.2% of the DCI-P3 color spaces. The panel is most likely the LG LM375QW2-SSA1. Moreover, the monitor supports up to a 175Hz refresh rate and is NVIDIA G-Sync Ultimate certified. The Steelseries GameSense and MSI'S Mystic RGB Light sync with your in-game activities and can display vital details of your game through the LED effects. The ergonomic options include -5 to 15 degrees of tilt, up to 100 mm of height adjustment, +/-30 degrees of swivel. The connectivity options include two HDMI 2.0 ports, DisplayPort 1.4, microphone in and a headphone jack. Obviously, there's a USB hub. Here once again, MSI publishes contradictory or wrong specs which will be changed in the future. Once there's a mention of three USB 3.2 Type-A ports and a USB 3.2 Type-B port. However, further down the page there's a mention of a Type-C port with DP Alt Mode. Hopefully, this will be cleared out soon. 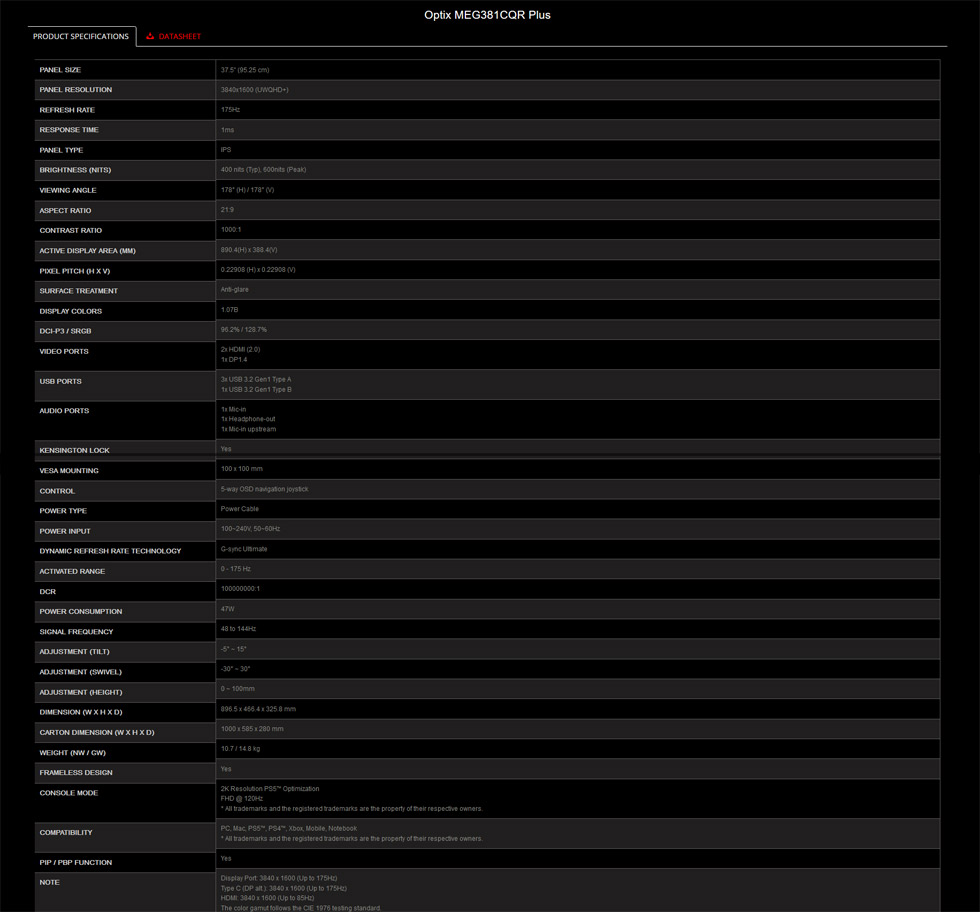 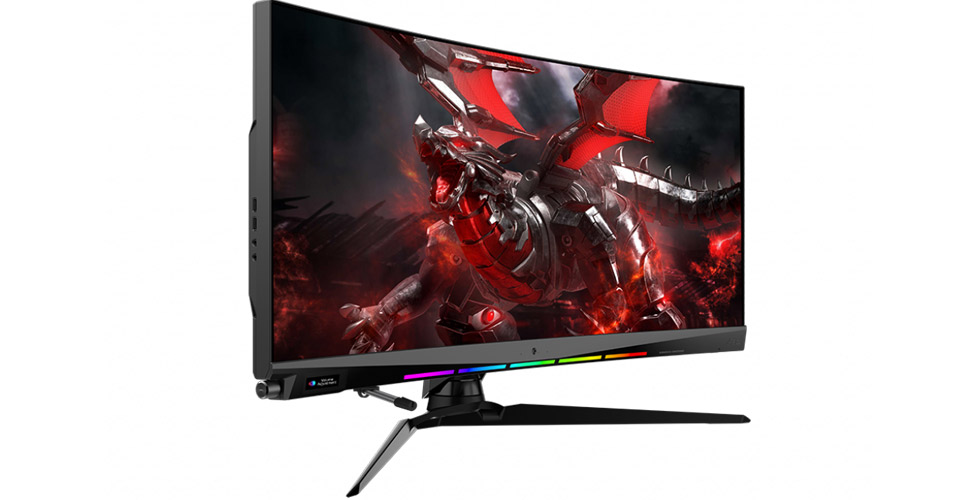 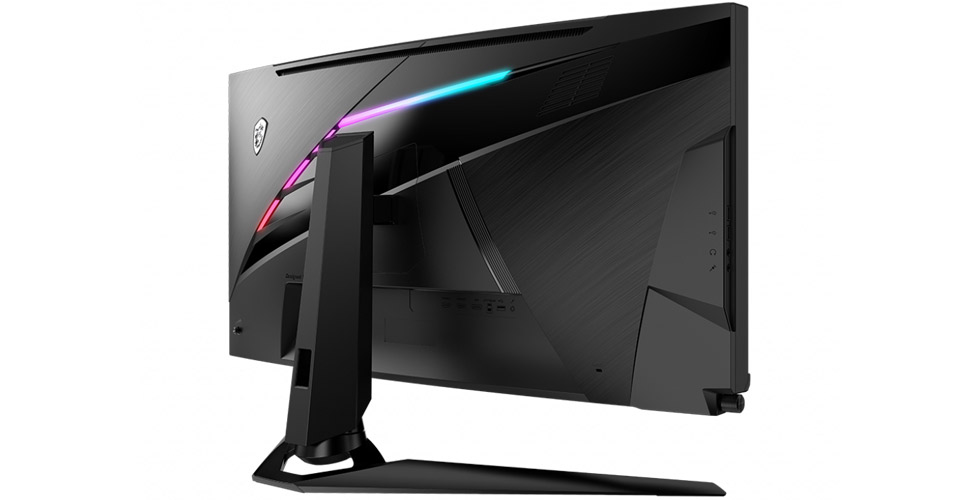 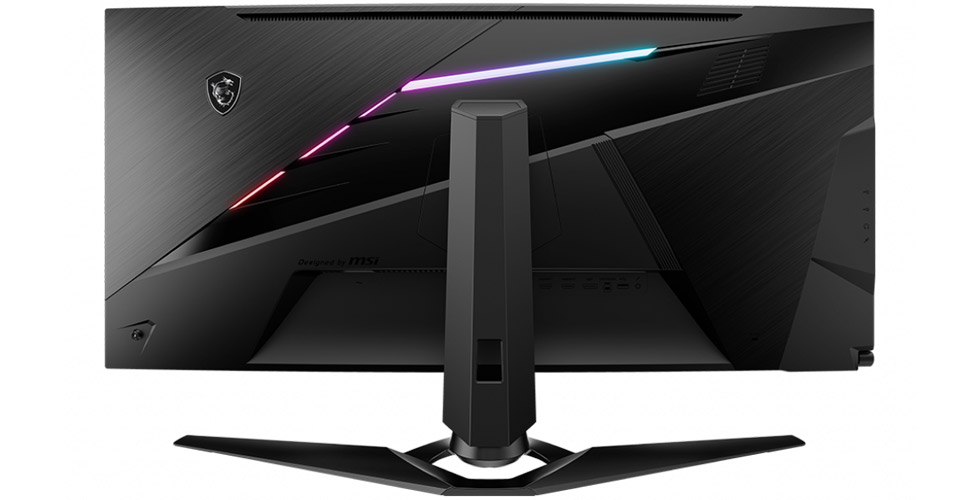 The MSI Optix G243 is an esports gaming monitor tailored for professional esports tournaments. The model features a 23.8-inch VA display panel with an FHD resolution. Having in mind the specific size of the display, we can assume that MSI has used the AUO M238HVN02.0 CELL display panel. It offers a typical brightness of 350 nits and a 3000:1 static contrast ratio. According to MSI, the panel covers 115.2% of the...

At Computex 2021, which was held in June this year, MSI announced a slew of esports monitors. The brand is now starting to release them to the market. The first one is the MSI Optix MPG321UR-QD. It features a 32-inch IPS display with Quantum Dot Color technology, 4K resolution, 144Hz refresh rate, and 1 ms MPRT. The latest Gaming Intelligence features, MSI Mystic Light, Night Vision, Rapid Boost, KVM Switch, PiP...

The MSI Optix MAG321QR has just been officially listed by MSI. This gaming monitor is built around a 31.5-inch IPS display with a resolution of 2560 x 1440 pixels and a 165Hz refresh rate. It has a 350 nits of typical brightness and 400 nits of peak one for VESA DisplayHDR 400 certification as well as a 1200:1 static contrast ratio. The monitor is NVIDIA G-Sync Compatible and arrives with a 5-way OSD navigation...

MSI has unveiled a duo of gaming monitors from its MAG ARTYMIS series - the MAG ARTYMIS 324CP and MAG ARTYMIS 274CP. The two models share plenty of features and specifications. The only differences are the diagonal size (31.5" and 27", respectively), footprint, and weight, obviously. Each of the monitors has a 1000R VA panel with an FHD resolution and 165Hz refresh rate with AMD FreeSync Premium certification. The...

The MSI Summit MS321UP allows to revel in pure & realistic hues with more accurate color and a broader contrast ratio combine to deliver a truly premium quality picture. It not only guarantees industry-leading color fidelity but also supports the MSI Productivity Intelligence App which brings you a lot of smart and intuitive features. You can set & control every detail like color mode, brightness, and contrast just...