The MSI Summit MS321UP allows to revel in pure & realistic hues with more accurate color and a broader contrast ratio combine to deliver a truly premium quality picture. It not only guarantees industry-leading color fidelity but also supports the MSI Productivity Intelligence App which brings you a lot of smart and intuitive features. You can set & control every detail like color mode, brightness, and contrast just with your keyboard and mouse instead of traditional OSD buttons. The MSI Summit MS321UP is TUV Rheinland certified for Eye Safety. It arrives with a feature that adjusts the brightness according to the available daylight. The display panel covers 98% of the sRGB and 95% of the DCI-P3 color space. The stand offers height, tilt, swivel, and pivot adjustment. A KVM switch functionality will also be available on this monitor which will be fully launched soon. 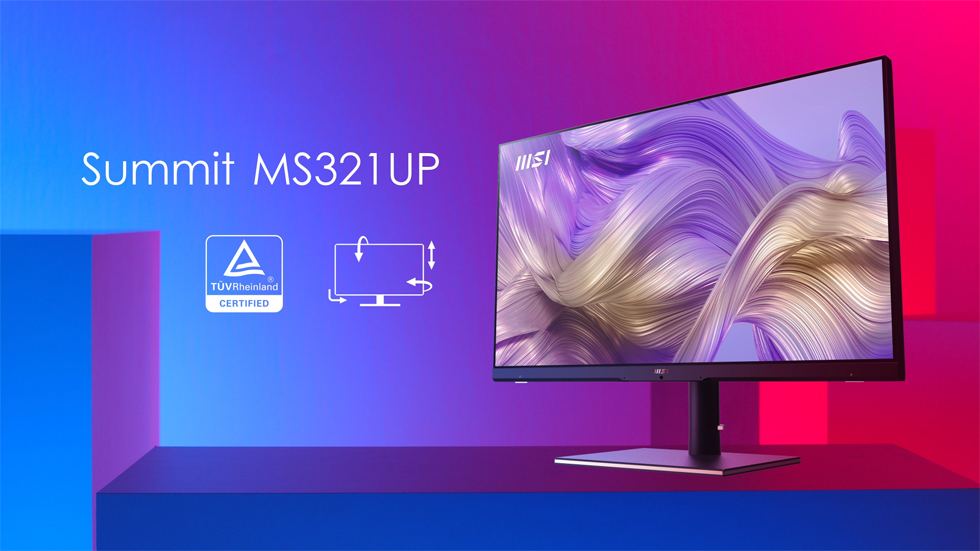 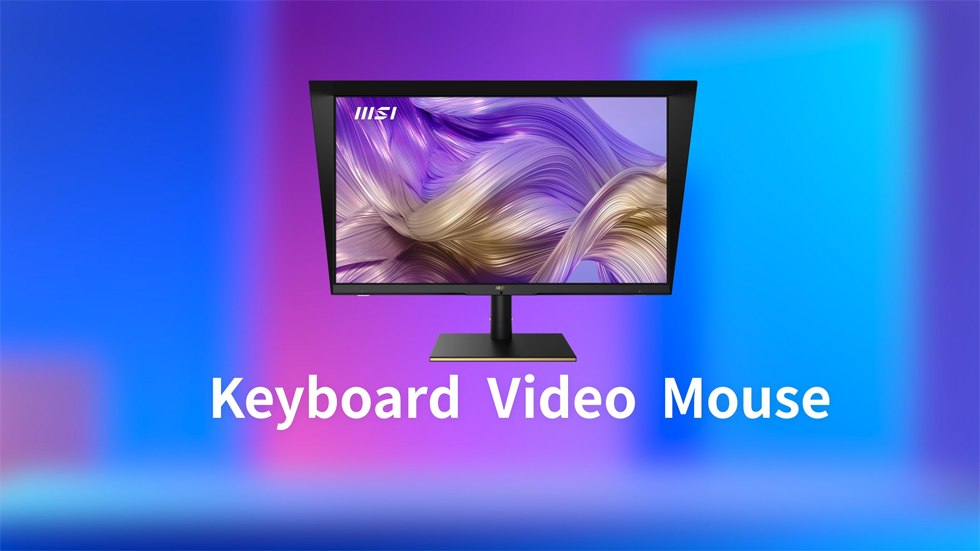 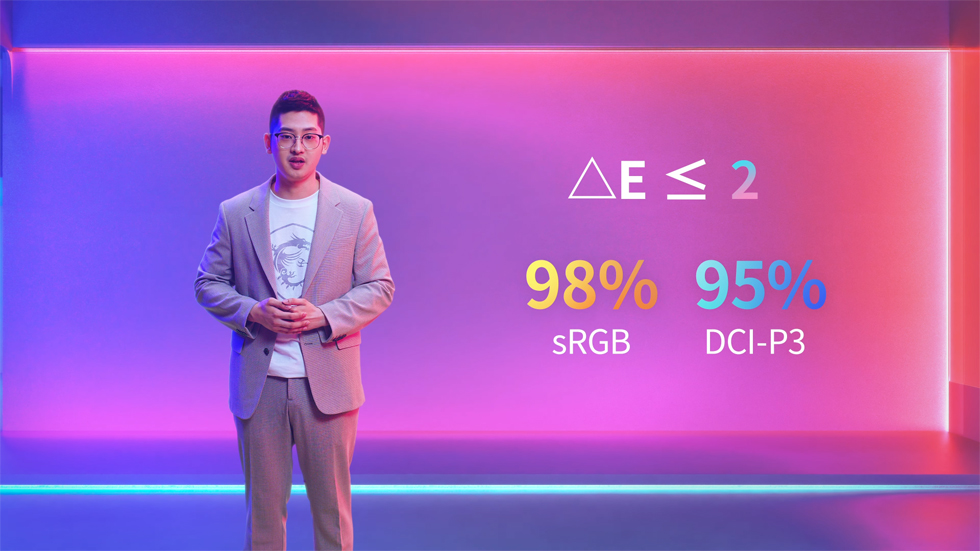 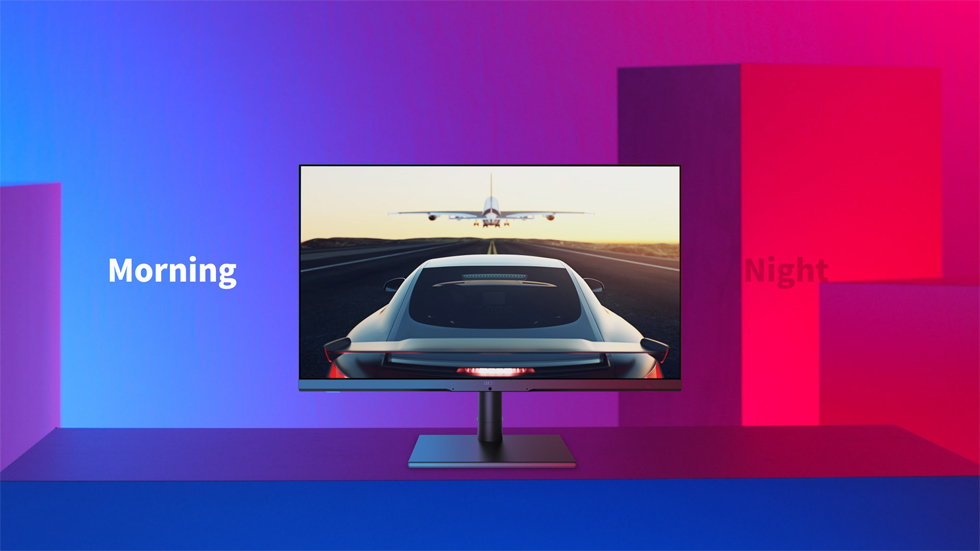 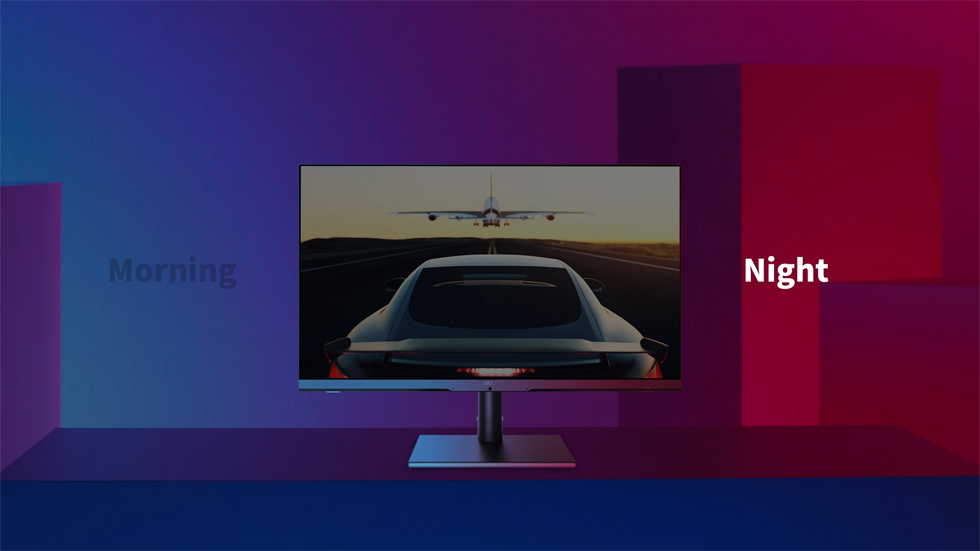 The MSI Optix MAG275R is a new gaming monitor from the brand that arrives with a 27-inch IPS display panel featuring a resolution of 1920 x 1080 pixels, 250 nits of brightness, 120.3% sRGB and 92.4% DCI-P3 color space coverage. The panel supports up to 8-bit colors. It also supports AMD FreeSync Premium for a 144Hz refresh rate available via the two HDMI 1.4 ports and the DisplayPort 1.2 input. There are two USB 2.0...

MSI has unveiled the MSI Optix MAG272CQP gaming monitor. This model from the MAG series features a 27-inch VA display with a QHD resolution and a 1500R curvature. It offers 300 nits of brightness and 3000:1 static contrast ratio. The monitor is HDR Ready, supports Wide Color Gamut, AMD FreeSync Premium for up to 165Hz refresh rate, and provides 1 ms MPRT. It has a frameless design and arrives with a 5-way OSD...

MSI has launched a pair of gaming monitors from the Optix series. Both support AMD FreeSync Premium for a refresh rate of up to 165Hz. 1ms MPRT is also specified. Each model has a frameless design with MSI's Mystic Light on the rear shell and supports Night Vision, various game modes, Wide Color Gamut. The MSI Optix AG321CQR features a 31.5" VA display panel with a QHD resolution (2560 x 1440), 3000:1 static...

The MSI Optix MAG274R2 is this year's successor of the MSI Optix MAG274R, which was unveiled in the spring of 2020. The two monitors have identical footprints and designs, including MSI's Mystic Light on the rear shell. The stands are also the same with the same ergonomic options - tilt, swivel, height, and pivot. Moreover, the connectivity options are the same as well including two HDMI 2.0 inputs, DisplayPort 1.2...

The MSI MAG ARTYMIS 242C is the second gaming monitor from the ARTYMIS series released by the brand. It has a 23.6-inch VA display panel with an FHD resolution, 250 nits brightness, 3000:1 static contrast ratio, 113.8% sRGB and 90.3% DCI-P3 color space coverage. The panel is curved with a 1000R curvature. The monitor supports AMD FreeSync Premium for up to 165Hz refresh rate. 1 ms MPRT is specified as well. The...

The MSI MPG ARTYMIS 343CQR - the first model from the new ARTYMIS series by the brand - is finally official. MSI teased the ARTYMIS series back in October and introduced the ARTYMIS 343CQR vaguely during its CES 2021 presentation. As of today, the official specifications of the model are available, even though there are some discrepancies between the information on the press release, the product page and the...