The FCC and the Korean National Radio Research Agency (RRA) have certified some of the 2020 LG OLED TVs, unveiling the new naming nomenclature. For 2020, LG lists the 10 with its Roman number equivalent - X (think of the iPhone X). So, for next year, LG's OLED TVs will be named as follows: It is clearly visible that LG wants to cater to consumers that are interested not only in the "golden" size classes but also in smaller OLEDs like the new - 48-inch LG OLED48CX. The 8K Z series will expand with a 77-inch and a 65-inch model, in addition to the 88-inch one. Finally, LG has already confirmed that its 2020 OLED TVs will arrive with HDMI 2.1 and 100/120Hz refresh rates. 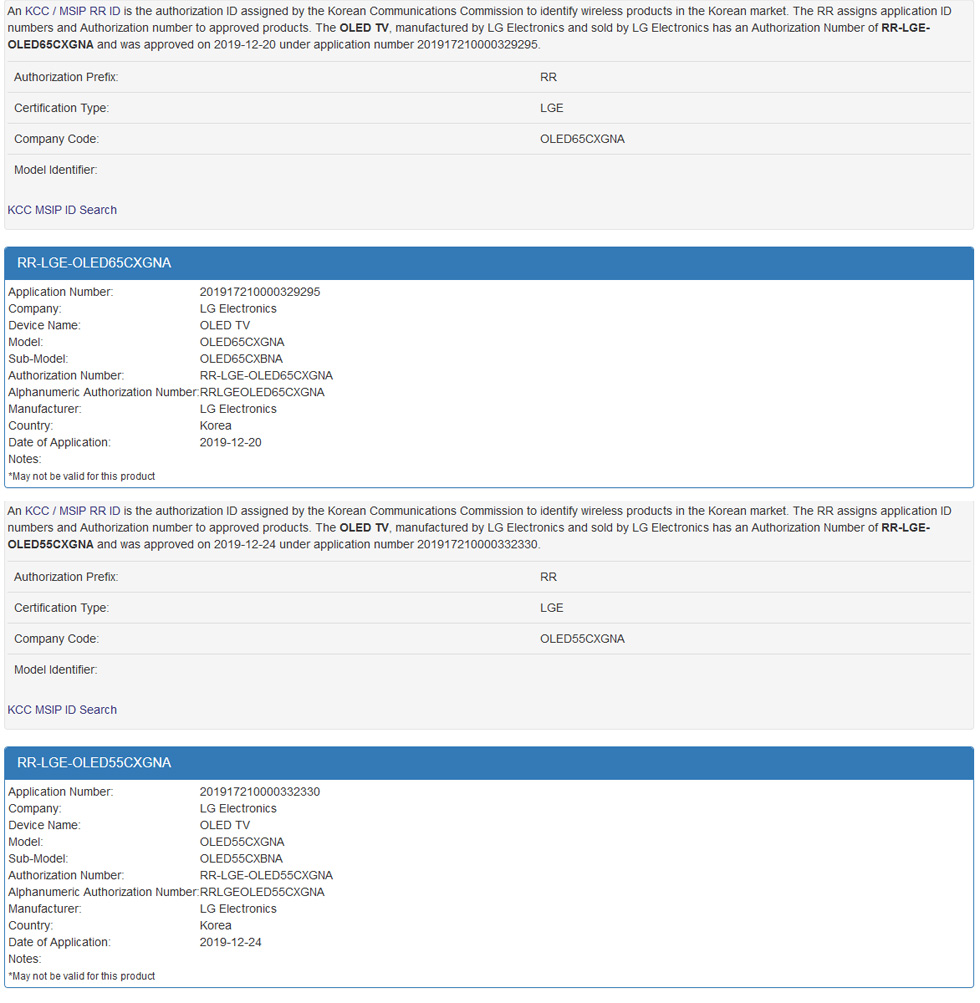