The 2021 LG Signature OLED R1 dubbed LG OLED65R1PUA is finally launched in the USA priced at $100K. The European model is called LG OLED65R19LA but there's no word on its availability and pricing on the Old Continent.

The LG OLED65R1PUA is identical to what was announced in 2020 as the LG OLED65RXPUA. However, it arrives with an updated picture processor - α9 Gen 4 AI Processor 4K, and an updated OS - webOS 6.0. The model arrives with a 65" 4K Rollable OLED display that can be hidden entirely in the base that also houses the sound system and connectivity modules. This is called Zero View. Line View is when the display is partially popping out of the base to enjoy music, mood lighting and immersive cinematic sound via the Dolby Vision IQ and Dolby Atmos audio system that has powerful 100W 4.2CH speakers. Finally, there's the Full View, to watch content and leverage LG ThinQ AI technology for smart home control using voice recognition and virtual assistant commands. The display supports Dolby Vision, Dolby VIsion IQ, HDR10, HLG. 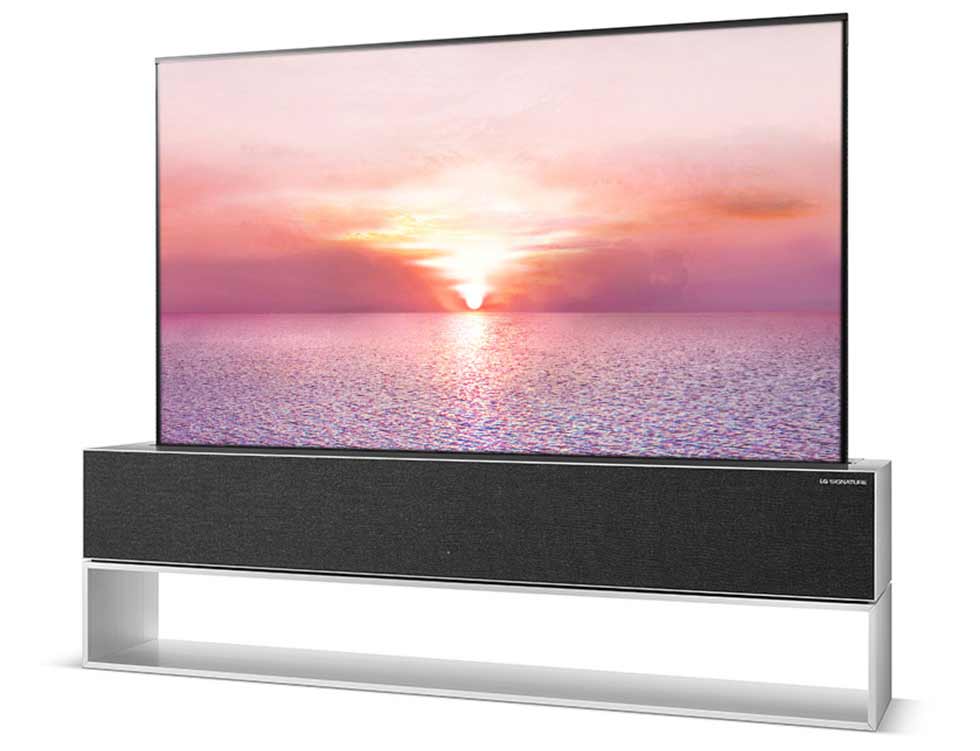 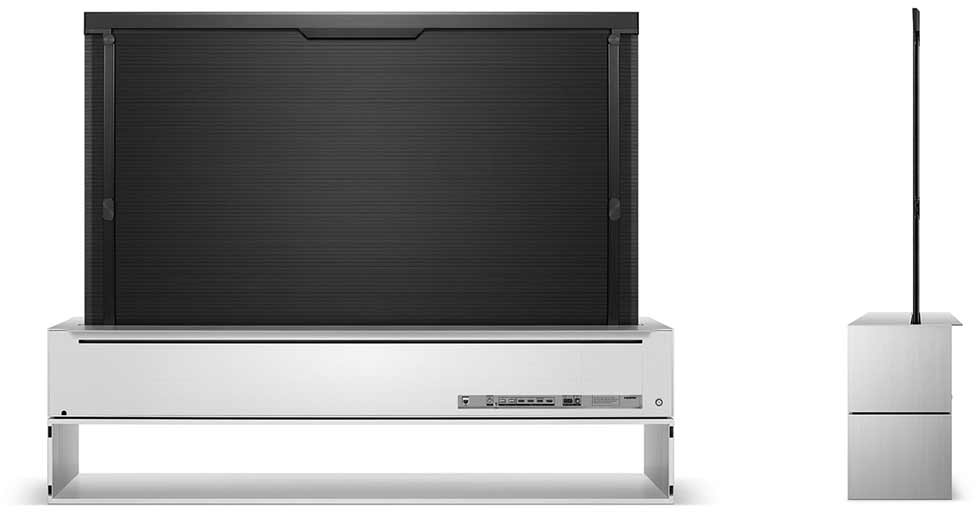 LG has released a mini-series of desktop monitors comprising three models with AMD FreeSync support or up to 75Hz refresh rate, 3-side virtually borderless design for multi-monitor setups, tilt-enabled stand, HDMI 1.4 port, and a D-Sub input. The LG 27MP400 and the LG 24MP400 have IPS displays with 1000:1 contrast ratio, while the LG 22MP400 has a VA panel with 3000:1 static contrast. All three have a typical...

The LG 34WP65C is the latest offering by the South Korean giant for gamers who prefer ultrawide curved displays. This particular model offers a 34" VA panel with a 1500R curvature and a UWQHD resolution - 3440 x 1440 pixels. It supports 10-bit color (whether via FRC or not is not specified) and covers 99% of the sRGB color space. The monitor's typical brightness is 300 nits and the contrast ratio measures 3000:1...

LG has unveiled the LG 32UP550 for Japan but it will most likely be announced for the rest of the world by the end of the summer. This desktop monitor has a display that's sounds identical to the one of the LG 32UN550 and most likely uses the same display panel - an AUO M315QVN01 unit. This is a 4K VA display with 3000:1 static contrast ratio, 90% DCI-P3 coverage, 350 nits of typical brightness, 4 ms GTG response...

LG cites market research firm Omdia that LG OLED TV shipments in Q1 of 2021 were up by 116% compared to the same period last year, the highest among all-time shipments in the first quarter. This is the highest peak season in the TV market and is equivalent to the fourth quarter of last year, when the quarterly shipments were recorded. The rapid growth of LG OLED TVs is even more significant given that the average...

"Display Week attendance exceeded 10,000 worldwide for the first time," said Dr. Takatoshi Tsujimura, president of SID. "The number of participants has been steadily increasing due to the enthusiasm of display technology, even during a pandemic year. People are spending more time at home in front of displays, either working or relying on technology for entertainment. With the innovative technology that is unveiled...

LG Display, the world's biggest OLED panel maker, said introduced an 83-inch OLED TV panel with enhanced luminous efficacy at SID 2021. It is part of the OLED exhibition zone, which is also complemented by a New Value Creation Zone and an Automotive Display zone. Improving the luminous efficiency by more than 20%, the "83-inch next-generation OLED TV panel" has the advantage that the brightness of the screen is...

LG has unveiled another 34-inch desktop monitor with an IPS display and a WFHD resolution - 2560 x 1080 pixels. Dubbed LG 34WP550 it is almost identical to the LG 34WP500, which was announced three months ago, with the only difference being that the new model offers height adjustment. Back to the display. The panel covers 95% of the sRGB color space and offers 5 ms GTG response time. Either way, up to 75Hz refresh...

LG Display will expand its OLED production for TVs in Guangzhou, China by 50%

LG has launched a pair of UltraGear gaming monitors that offer up to 165Hz refresh rate. The LG 27GP850 and the LG 27GP83B are almost identical. The only difference between them is that the first has two USB 3.0 Type-A and a Type-B port, while the second one lacks USB connections. Both have 27-inch QHD Nano IPS displays that offer up to 165Hz via the DisplayPort 1.4 input and up to 144Hz via the two HDMI 2.0 ports...