Samsung has launched the 75" The Terrace Full Sun Outdoor 4K QLED TV in the USA for USD 13,000. The TV's model name is Samsgun QN75LST9T. It features a Solid Metal Design with IP55 rating for water and dust resistance. This model is exclusively created for outdoor usage and can withstand temperatures from -22°F (-30°C) to 122°F (50°C). There's no stand or wall mount bracket included in the package. 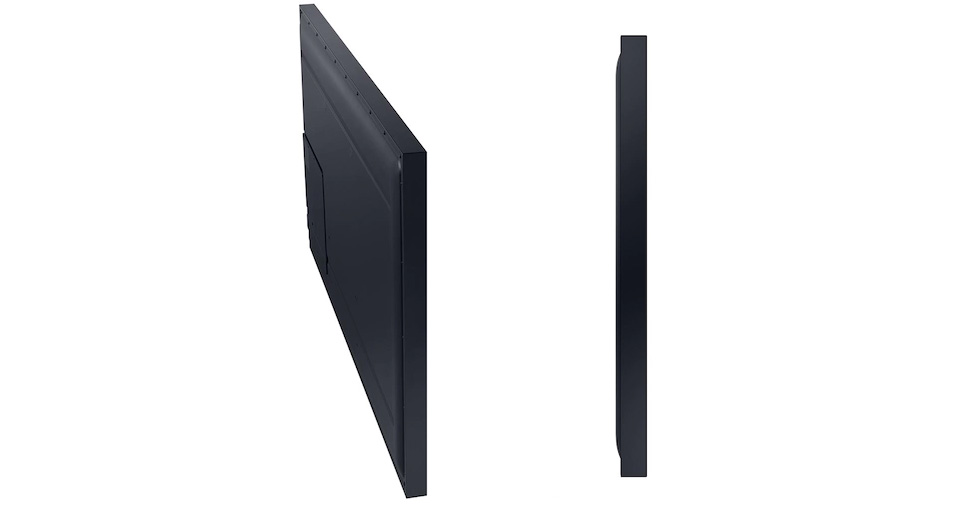 TCL has gradually begun providing some more detailed specifications of the TCL X9 85" 8K OD Zero Mini-LED TV with model name TCL 85X925 Pro. Based on information from TCL Italy and the Czech Republic we could manage to get more details about this model. The TCL 85X925 Pro is built around an 8K QLED display which uses a VA panel. It has a mini LED backlight that employs TCL's OD Zero technology resulting in a very...

Samsung has released a new ultra-wide curved business monitor. The Samsung S49A950UIU is built around a 49-inch SVA display panel with a resolution of 5120 x 1440 pixels, 120Hz native refresh rate, 4 ms GTG response time. The display panel has a 1800R curvature, 100% sRGB and 95% DCI-P3 coverage thanks to QLED technology, 350 nits of brightness, and 3000:1 static contrast ratio. The display panel is most probably...

Samsung Display has detailed its QD-Display (Quantum Dot OLED technology) on its website. The company says that they are being used in the next generation of large displays thanks to their efficient use of light and simple structure. The structure of a QD-Display comprises of a top layer, a QD layer, and a Blue Self-luminescent layer. Quantum Dots are very small semiconductor crystals that emit their own light...

The Samsung Odyssey Neo G9 has been announced today. So far, the model name has been listed as Samsung S49AG95NC but Samsung G95NA will probably be called the global version. The Odyssey Neo G9 joins the Odyssey lineup, taking gaming to the next level with Quantum Matrix technology, supported by Quantum Mini LED display and Quantum HDR 2000 for an immersive gaming experience. The Samsung S49AG95NC utilizes the same...

The 2021 Samsung The Wall is launched in select markets

Samsung Electronics launched the 2021 model of The Wall (Model Name: IWA) globally. A new Micro AI Processor instantly analyzes and optimizes every frame of the video to deliver the best picture quality possible. By using up to 16 different neural network models, each trained in AI upscaling and deep learning technology, the Micro AI Processor can optimize picture quality up to 8K resolution, enhancing contrast and...

Back in April, Samsung China teased the 2021 Samsung Odyssey G9 Neo a.k.a. Samsung S49AG95NC. It seems that the brand is ready to unveil the monitor globally as it released another teaser of the model on its global website. However, the global version is named Odyssey Neo G9. The launch date is set for July 29th. The specs of the monitor have leaked a few times and coupled with a number of teasers from China, we can...

The Samsung 24S40VA is created for web conferencing, education, work, and entertainment

Samsung has unveiled a new monitor created especially for web conferencing, education, work, and entertainment. The Samsung 24S40VA arrives with a pop-up web camera and a built-in microphone for enhanced convenience. When the webcam isn't needed, simply push it down into the monitor to hide it. This smart design offers enhanced security and maintains the sleek look of the monitor, while being easily available with a...

Samsung changes the names of the G70, G50, and G30 Odyssey monitors, once again

A month ago, Samsung unveiled a pair of its 2021 Odyssey G7 and Odyssey G5 monitors. These were the 28" Samsung S28AG700 and the 27" Samsung S27AG500. A couple of days ago, Samsung issued a press release announcing the expansion of its Odyssey lineup with new models. Obviously, the Samsung S27AG500 has been renamed to Samsung G27AG50. The second model - the Samsung S28AG700 has been renamed to Samsung G28AG70 as...

Samsung announced today that all models from The Terrace TV lineup have become the first in the TV industry to be verified for outdoor visibility performance. This verification comes from US-based Underwriters Laboratories (UL), a global independent safety science organization with over a century of experience in driving safety solution innovation. The top 2021 model from The Terrace lineup is the 75" Class The...