MSI has unveiled a duo of eSports monitors from its Optix G series - the MSI Optix G271 and the MSI Optix G241. They feature 27-inch and 24-inch display panels, respectively. Both are IPS with 1920 x 1080 resolution and up to 144Hz refresh rate thanks to AMD Radeon FreeSync. 1 ms response time (boosted) is specified as well. In addition, both monitors feature Frameless Design and a number of features such as Night Vision, Wide Color Gamut, Anti-Flicker and Low Blue Light techs. MSI specifies available tilt adjustment, two HDMI 1.2b inputs, DisplayPort 1.2a, headphone-out jack for each monitor - the MSI Optix G271 and the MSI Optix G241. No further information is available at the moment. 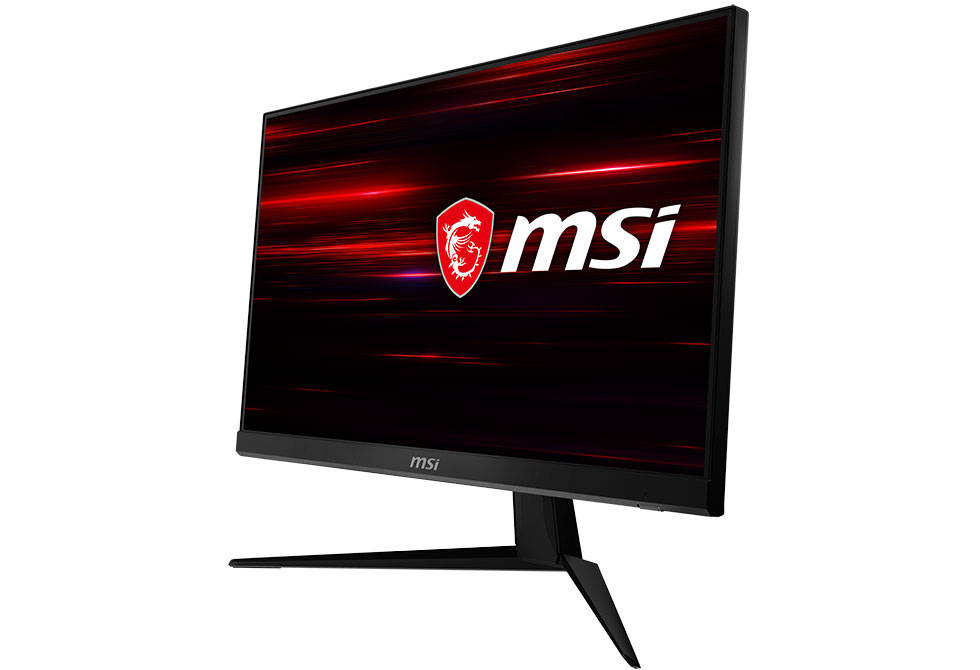 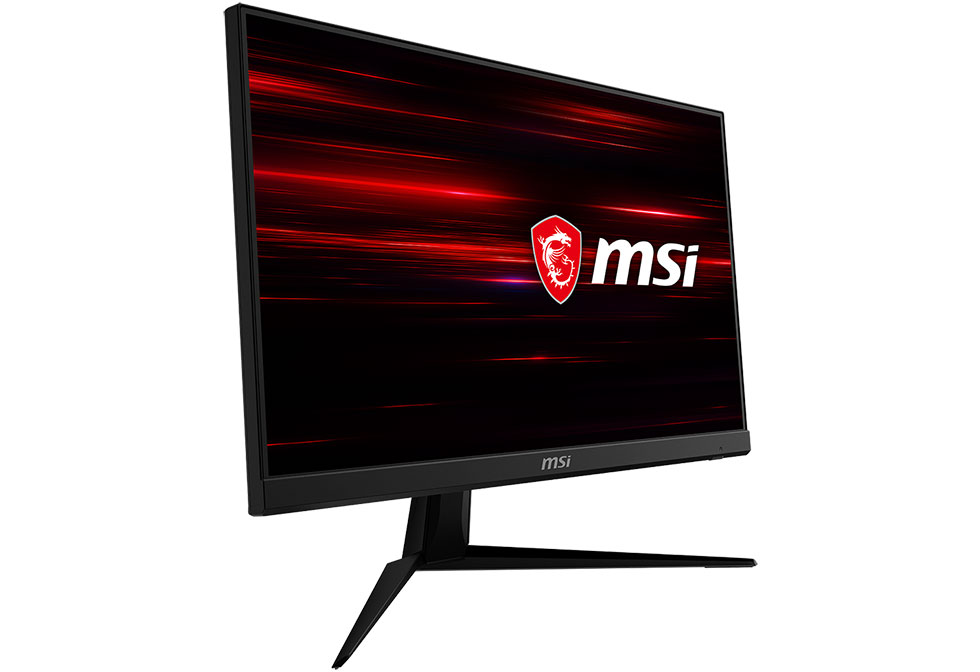 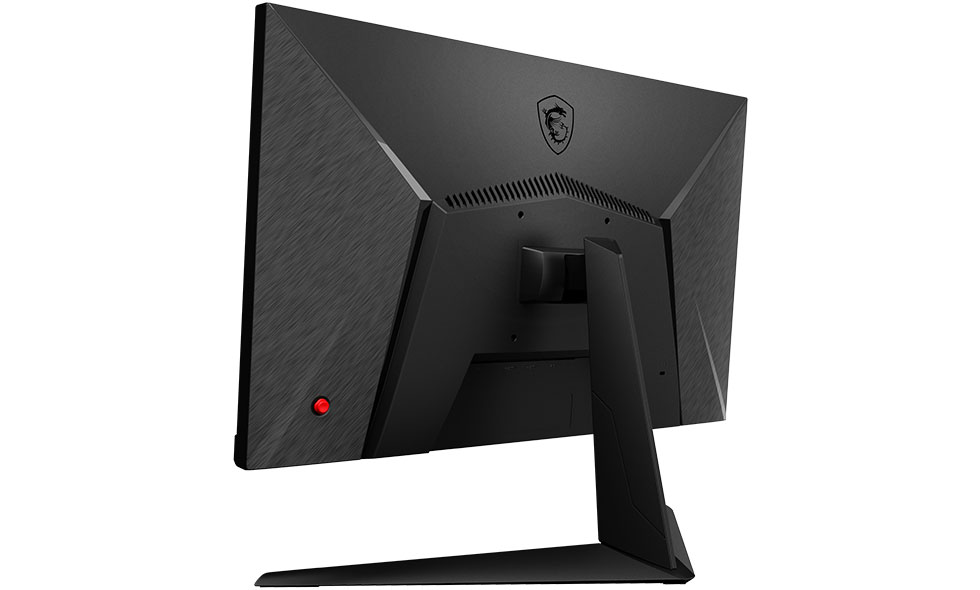 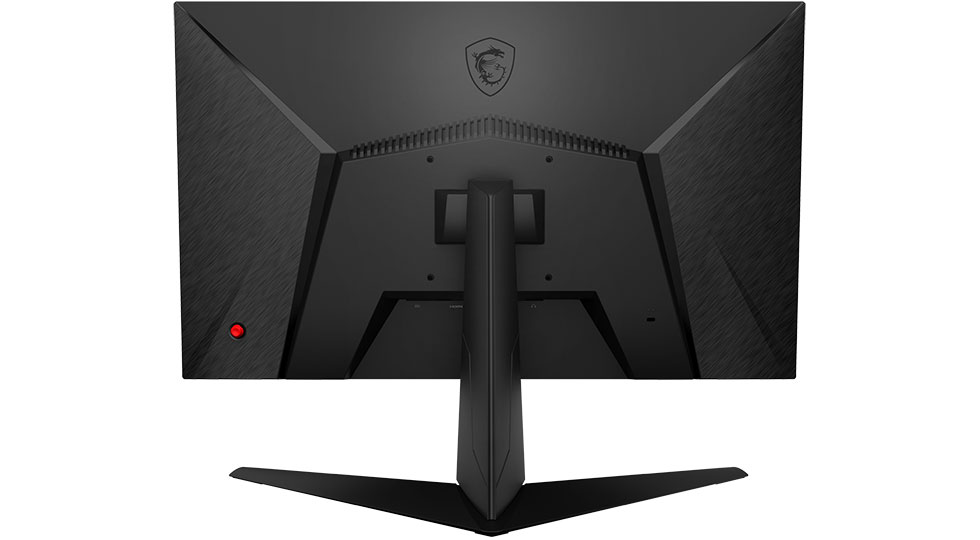 NVIDIA has recently debuted its "Reflex Latency Analyzer" technology on the Asus ROG Swift PG259QNR. Now, MSI is introducing its own e-sports gaming monitor that features this technology - the MSI Oculux NXG253R. If you're using NVIDIA's new GeForce RTX 30-series graphics cards on your PC you will be able to measure the time lag between a mouse click and the muzzle flash in a video game thanks to the Reflex Latency...

MSI PS321QR and MSI PS321URV from the Creator series are launched

The MSI PRO MP241 is a desktop monitor from the brand's PRO Series that is made for both commercial and professional use. It is equipped with a 23.8-inch IPS display with an FHD resolution and is a classic allrounder - suitable for interior design, programming, coding & web design, viewing applications, spreadsheets, and more. Work from home with an online conference call or just enjoy your time at home with a...

MSI has announced a new gaming monitor with a curved display and a WFHD resolution. The MSI Optix MAG301CR features a 30-inch ultra-wide display panel with a resolution of 2560 x 1080 resolution. The curved VA panel offers 3000:1 static contrast ratio and covers 127% of the sRGB color space and 98% of the DCI-P3 color space. The monitor is HDR Ready meaning it delivers better color and contrast accuracy, and...

MSI has announced a duo of eSports Gaming Monitors - the MSI Optix MAG273 and the MSI Optix MAG273R. Both monitors are HDR Ready and are equipped with an IPS panel and provide 1 ms response time and 144Hz refresh rate. They also arrive with the Gaming OSD App, which allows you to control your monitor display under a software window. You can even customize display settings for different software in the app, it will...

A month ago, we reported that the MSI Optix MAG251RX is one of the latest NVIDIA G-Sync Compatible monitors. Back then, this model was not announced yet. Until today. The MSI Optix MAG251RX is a 24.5-inch IPS monitor with an FHD resolution and a 240Hz refresh rate. It offers 1 ms response time (boosted) and 178-degree viewing angles. The panel provides 84% of the DCI-P3 and 107% of the sRGB color space. The typical...

Earlier in November, AOC announced the AOC AGON AG273FCZE in China and now the model is available for purchase in the country. This monitor seems to employ the same panel as the Samsung C27RG5, AOC C27G2Z, MSI MAG272CRX and the Philips 272M8CP. This is a 27-inch VA panel with a refresh rate of up to 240Hz and a 1500R curve. The AOC AGON AG273FCZE offers a typical brightness of 300 nits and a static contrast ratio of...