The Cooler Master GM32-FQ has a 31.5-inch IPS display from BOE with a QHD resolution, 8-bit+FRC color, 130% sRGB and 95% DCI-P3 color gamut, 165Hz refresh rate. The display offers 1200:1 contrast ratio, 250 nits typical brightness and 1 ms MPRT (5 ms GTG overclocked). The monitor supports AMD FreeSync Premium technology and is NVIDIA G-Sync Compatible. Its stand offers height, tilt, and swivel adjustment. The connectivity options include two HDMI ports, DisplayPort, USB hub. A pair of 2W speakers is onboard as well. The monitor will go on sale by the end of March priced at USD 499 MSRP.

The Cooler Master GM32-CQ is equipped with a 31.5-inch VA display panel with a QHD resolution and 1500R curvature. It covers 140% of the sRGB and 94% of the DCI-P3 color space. The display has 400 nits of typical brightness and is VESA DisplayHDR 400 certified. The static contrast ratio is 3000:1. AMD FreeSync Premium is supported for up to 165Hz refresh rate. The monitor is NVIDIA G-Sync Compatible as well. The stand features an embedded ARGB LED lights and offers tilt, height, and swivel adjustment. The connectivity options include three HDMI inputs, DisplayPort, and a headphone jack. There are two integrated 3W speakers, too. This monitor will go on sale in Q1 priced at USD 499 MSRP.

The Cooler Master GM27-FQ ARGB uses a 27-inch Fast IPS display with up to 180Hz refresh rate and 1 ms GTG response time with overdrive. It has 400 nits of typical brightness and 1000:1 static contrast ratio. VESA DisplayHDR400 certification is present. The display covers 97% of the Adobe RGB and 95% of the DCI-P3 color space. It supports AMD FreeSync Premium technology and is NVIDIA G-Sync Compatible. The connectivity and ergonomic options of the stand with embeded ARGB lights are the same as the ones on the Cooler Master GM32-CQ. The Cooler Master GM27-FQ ARGB will go on sale in Q2 priced at USD 549 MSRP.

The Cooler Master GM27-FF features a 27-inch VA display with an FHD resolution, 240Hz refresh rate, 1 ms GTG response time, 250 nits brightness, 3000:1 static contrast ratio. The model covers 90% of the DCI-P3 color space and has a pair of 3W speakers. It has three HDMI ports, DisplayPort, a headphone jack. The stand provides tilt, swivel, and height adjustment. This monitor will go on sale in Q1 priced at USD 349 MSRP. 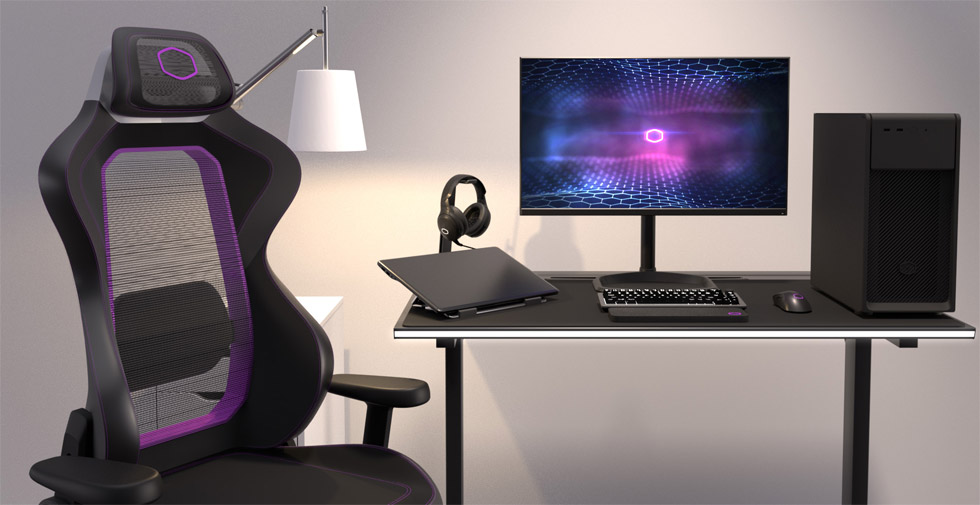 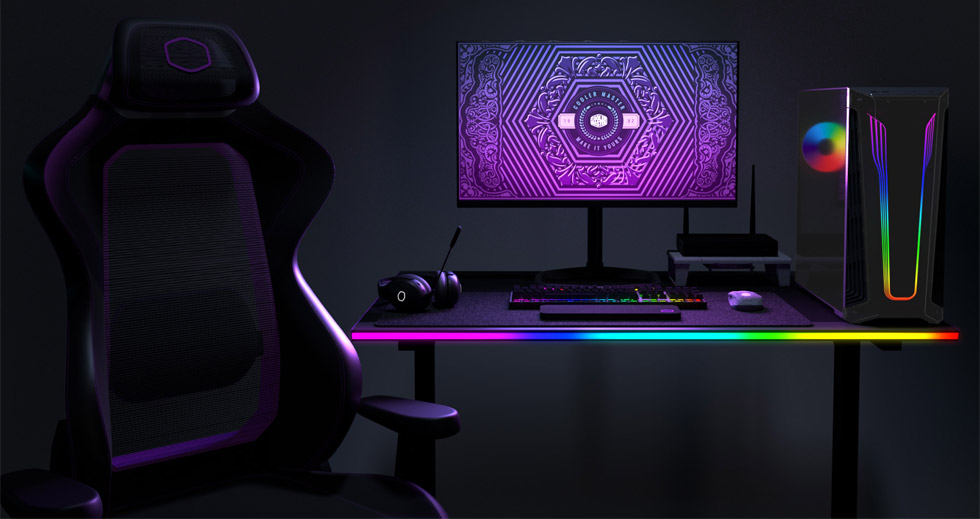