DisplayHDR True Black allows for up to 100X deeper black levels in addition to a greater dynamic range and a 4X improvement in rise time compared to VESA's DisplayHDR 1000 performance tier*. This enables a visually stunning experience for home theater and gaming enthusiasts. The new DisplayHDR True Black 600 level requires a 20 percent increase in luminance compared to the True Black 500 level, which results in a noticeably brighter screen while maintaining the same outstanding black level and color quality typified in OLED displays. 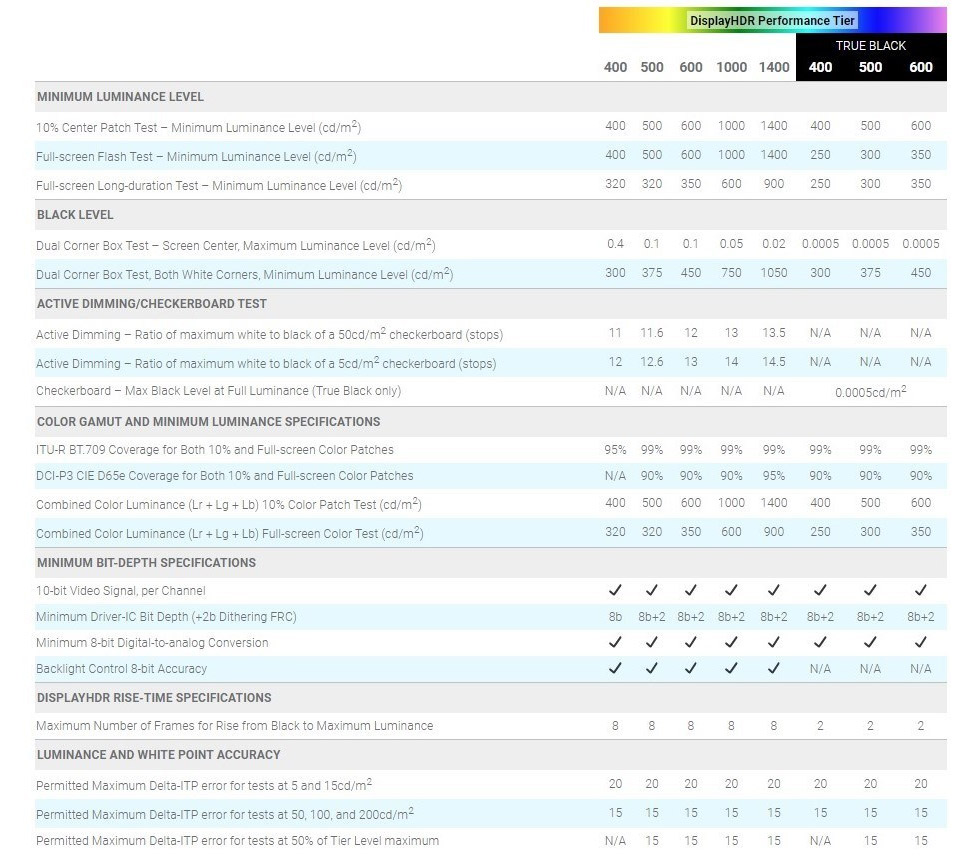 The Video Electronics Standards Association (VESA) has announced a new version of its open standard DisplayHDR specification. The 1.1 edition makes the requirements even more strict but the most important change is the introduction of the DisplayHDR 1400 level, which requires a dynamic contrast ratio that is 3.5X greater than the DisplayHDR 1000 level. The first monitor that has a DisplayHDR 1400 certification is...

VESA releases the DisplayPort 2.0 standard for audio and video

VESA has now published the DisplayPort 2.0 standard for audio and video. This is a major upgrade as it ups transfer rates almost three times from 25.92 Gbps for the DP 1.4a to 77.4 Gbps for the DP 2.0. The new standard enables beyond 8K resolutions, higher refresh rates and HDR at higher resolutions, improved support for multiple display configurations, as well as improved user experience with augmented/virtual...