In the summer of 2019, Cooler Master entered the gaming monitor market with two curved models and in January 2021, it added four new models to its name: Earlier this month, Cooler Master announced four monitors, one of which got unveiled in the first batch from January - the Cooler Master GM32-FQ. The other three are: Detailed specs are scarce and here's what the press release reads. "Cooler Master's new flat Gaming Monitors GM27-FQS, GM27-CFX, GM32-FQ deliver outstanding performance for 'Work & Play' Setups. Designed for the professional user both monitors can be calibrated to perfection for overdrive performance. The GM27-FQS boasts an ultra-fast IPS panel at 165Mhz and 1ms that performs smoothly even under the most extreme conditions while GM27-FQX runs 240Hz framerate with 1ms response time and features quantum dot picture quality. The GM32-FQ presents similar specs and abilities but with a standard IPS panel. The Cooler Master flat Gaming Monitors offer gamers and creatives flagship level quality at an affordable price with 2K resolution, DCP-P3 Color Gamut, and Low Bluelight Mode, all packed in a stylish exterior to give you the best 'Work & Play' Setup anywhere. The GM27-FQS has a wide color gamut of DCI-P3 90% with HDR10 and a Contrast Ratio of 1000:1 for a lively and outstanding screen experience wether playing games or watching the latest movies. The GD32-FQ has a wide color gamut of DCI-P3 95% with 400 nits of brightness and 1200:1 Contrast Ratio for stunning colors on games, graphics or media. The GM27-FQS features an enhanced anti-topple base design with ARGB ambient lighting that illuminates your table setup with customizable hues and patterns. All Gaming Monitos offer ergonomic customization with height, swivel, and tilt adjustment for good posture." 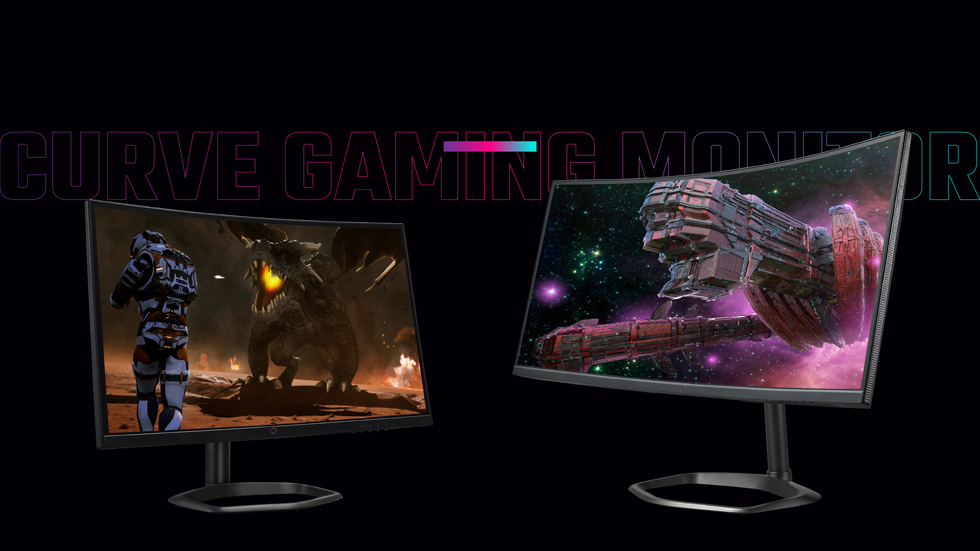 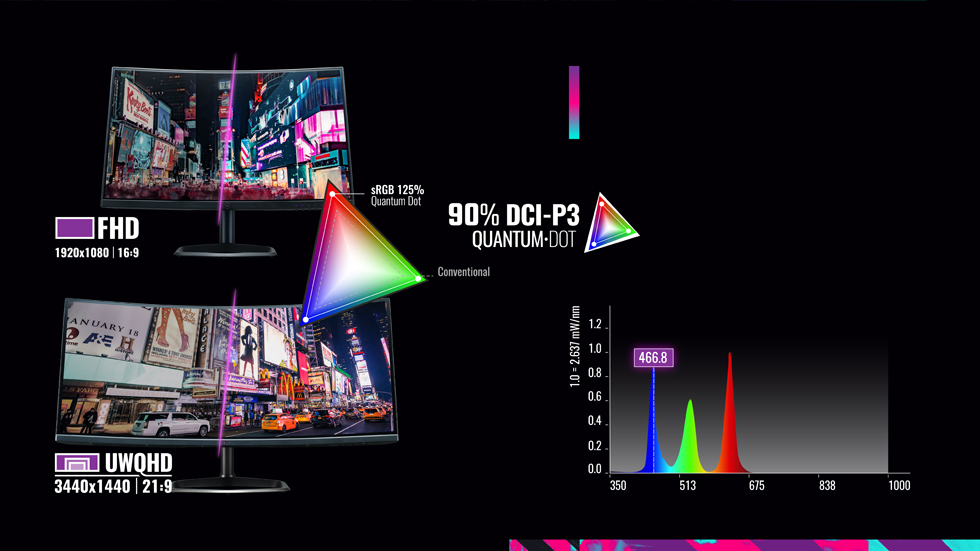 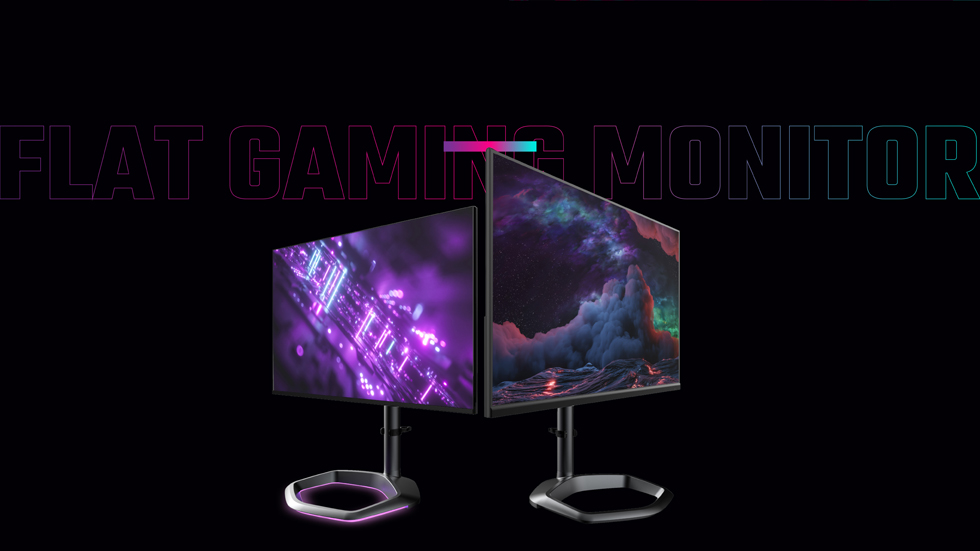 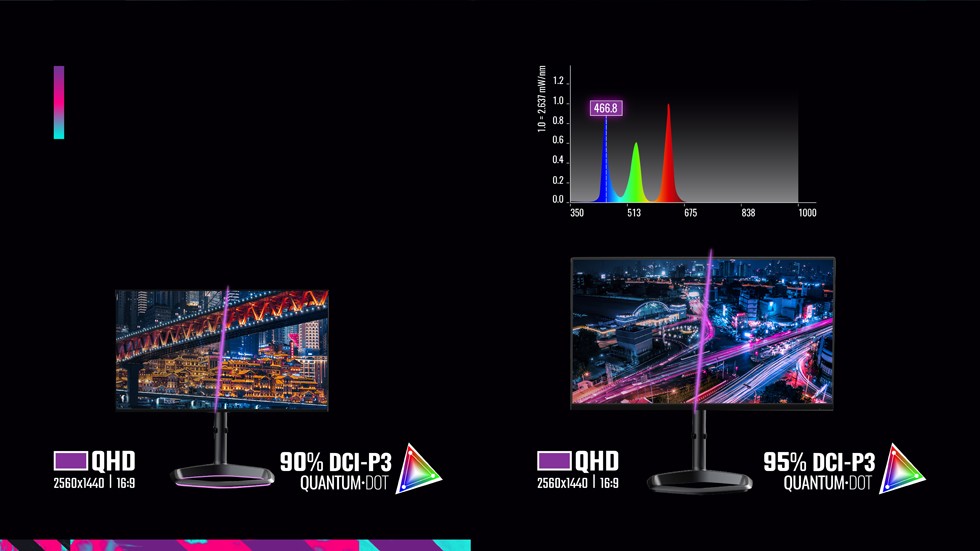