Samsung has announced the T37F series of desktop monitors, which comprises of three models: These monitors have IPS display panels with FHD resolution and 75Hz refresh rate thanks to AMD FreeSync support. They are very power efficient and use various technologies for protecting eye sight, too. The ergonomic options are limited to tilt adjustment only. VESA wall mounting is available. Multi-monitor setups are also possible because of the minimalist bezel. The connectivity options include an HDMI 1.4 input and a DisplayPort 1.2. 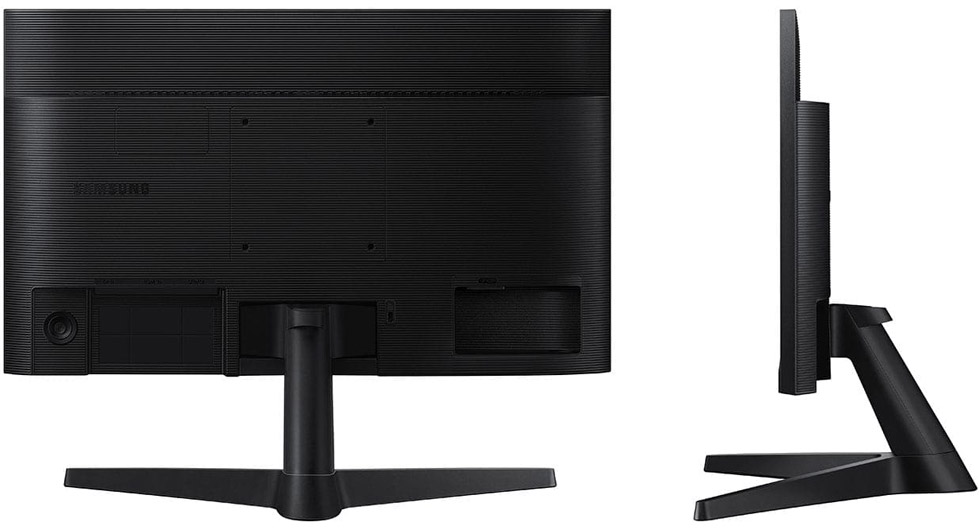 DigiTimes reports supporting various unconfirmed resources from South Korean media that Samsung has postponed plans on suspending LCD production. Earlier this year, Samsung said it will halt its LCD production and will focus on QLED, Mini LED, and other display technologies. It has even started investing in converting several of its factories from LCD to QD-OLED production lines with the first QD-OLED products to be...

For some time, Samsung has been cooperating with multiple brands to promote the development of the HDR10+ format. Today, the company announced an expansion of the format features dubbed HDR10+ Adaptive. This is an improvement to the open-source HDR10+ format, which optimizes video display quality according to the ambient light conditions. Elaborating on the matter, Samsung said that HDR10+ Adaptive supports dynamic...

The Samsung UN86TU9000 is the first TV model from the Samsung TU9000 Crystal Display series. Currently, there's no information on whether it will be available in other sizes and other markets. This is a 85.6-inch TV with an IPS display panel and a Direct LED backlight that employs Samsung's Supreme UHD Dimming technology. The native refresh rate of the panel is 120 Hz but it supports VRR via AMD FreeSync Premium...

Earlier today, Samsung unveiled a new Micro LED TV as promised. The first Samsung display that uses Micro LEDs was The Wall presented in 2018 which was targeted to the B2B market. The new 110-inch Micro LED TV from today is created especially for end-consumers and home entertainment. Unlike conventional TV displays, the RGB Micro LEDs each emits both light and color by itself, allowing you to experience natural...

IDC: home office and distance learning are a major push to the increased computer monitor demand

In the latest report from IDC about the Q3 of 2020 PC monitor volume is said that this market experiences a "tremendous demand fueled by working and learning from home". The PC monitor volume grew by 15.9% in Q3 of 2020 compared to Q3 of 2019. Global shipments far surpassed expectations at more than 37.5 million units, a number last exceeded during the third quarter of 2012. The IDC Quarterly PC Monitor Tracker from...

Samsung has announced that its CES 2021 event is scheduled for 11. Hence, this is the day on which the company will introduce its new line of QLED TVs and other display technologies. Part of the 2021 Samsung QLED TVs have already receied FCC and RRA certification. Just like all other CES events, Samsung's will be streamlined from the company's headquarters and anyone can follow up. It will start at 6 AM Pacific...

Today, Samsung launched its Smart Monitors from the M7 and M5 series in South Korea. They are powered by its own Tizen OS that is usually found on Samsung's smart TVs. These are the M7 Series and the M5 series which include the 32" 4K Samsung 32M70A, the 32" FHD Samsung 32M50A, and the 27" FHD Samsung 27M50A. The Samsung 32M70A features a 32-inch VA display panel with a 4K UHD resolution, 250 nits typical...

Samsung will introduce a Micro LED TV on Thursday

Korean news agency Yonhap reports that Samsung will present a new Micro LED TV during a webinar on Thursday. At the CES 2020 ni January, Samsung introduced new 88-inch and 150-inch models of its Micro LED TV brand, the Wall, completing its full lineup of home cinema-use Micro LED products with 75-, 88-, 93- and 110-inch display sizes. Back then, Han Jong-hee, head of the visual display business at Samsung said the...

The National Radio Research Agency of Korea has certified 2021 Samsung QLED TVs, 2021 LG NANO TVs, and 2021 LG LCD TVs. Currently, we could spot two 2021 Samsung QLED TVs - the 65-inch Samsung KQ65QA70A and the 32-inch Samsung KQ32LST03BF from The Frame series. It looks like Samsung has decided to open a new page in the naming nomenclature of its TVs and from next year there will be an "A" next to "Q" and the suffix...

Samsung Display will commence trial runs at its Q1 line for QD-OLED panels in December. The factory is located in Asan, South Korea and is a Gen 8.5 production line for 2200 x 2500 mm sheets. The site has received full equipment in July earlier this year and everything should be ready by the end of the year. However, it will take around 3 months to finalize the setup and production process and around 6 months to...