Chinese online retailer TaoBao has listed the Acer XV272U X. This gaming monitor is the successor of the Acer XV272U P from 2018 and is part of Acer's Nitro XV2 series. While the looks do not seem to have changed much, the new model offers a number of upgrades.

For starters, the Acer XV272U X most probably uses AUO's M270DAN08.0 AHVA Fast IPS panel, which offers QHD resolution (2560 x 1440), supports up to 240Hz refresh rates, and covers 99% of the Adobe RGB color space. The older model sports an Innolux panel, but the 240Hz IPS Innolux panels are expected no earlier than Q3 of 2020 and the LG 240Hz IPS panels will arrive no earlier than the fourth quarter of the year.

The monitor is listed on the online retailer's website for CNY 5499, which translates to around USD 770 / EUR 707. Availability and pricing outside China are yet to be announced. 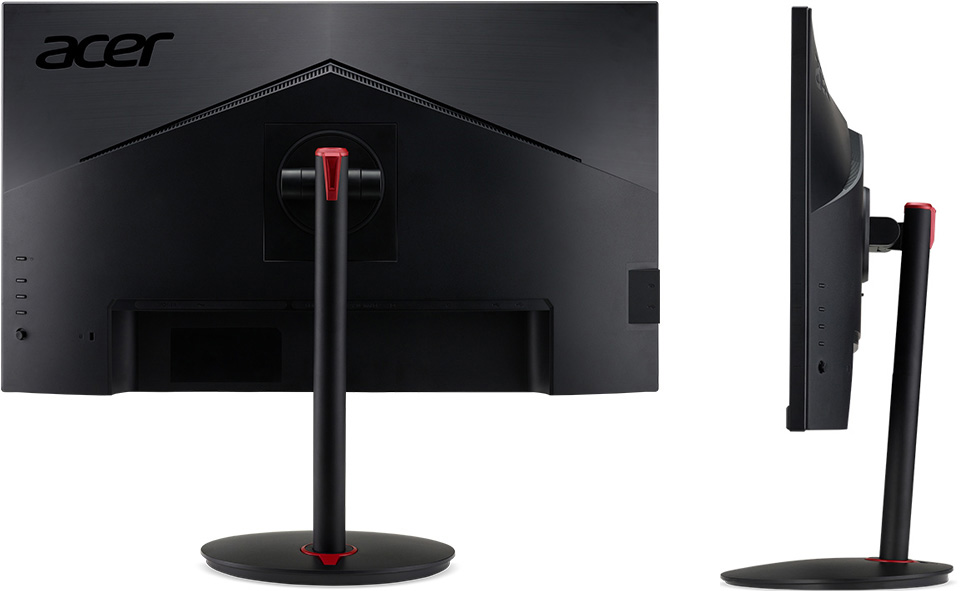 Acer rolls out its latest gaming products including a number gaming monitor from the Predator series. Acer Predator X25 for fast 360Hz Gaming The Acer Predator X25 is a 24.5-inch gaming monitor with an FHD resolution and 360Hz refresh rate. It supports the latest NVIDIA G-SYNC processors. Its LightSense feature allows it to adjust the brightness and color temperature according to the ambient light conditions...

The Acer Predator XB323U has gone on sale in China. This gaming monitor features an overclocked refresh rate of up to 170Hz. It supports NVIDIA G-Sync and Adaptive-Sync technologies and offers 0.5 MPRT. The model features a 32-inch IPS display panel with a QHD resolution and 10-bit color support. It covers 99% of the Adobe RGB color space and is DisplayHDR 600 certified as it provides 600 nits peak brightness and...

The Acer CB282K smiiprx enlarges Acer's CB2 series of desktop monitors. It features a 28-inch IPS display with a 4K UHD resolution and 10-bit color support (8-bit + FRC). The monitor supports HDR10 and AMD Radeon FreeSync technology, even though the maximum vertical refresh rate is 60Hz. The display offers a typical brightness of 300 nits (the true HDR10 support might be at question here, more details are probably...