The Asus ROG Swift PG32UQR has just been unveiled. The closeless in name to the Asus ROG Swift PG32UQ suggests both models are similar in terms of specifications. Indeed, the only major difference we could spot is that via the DisplayPort the new model can reach 155Hz refresh rate, while the older model remains at 144Hz. Unless this is a typo on the Asus website and the new model is also stuck with 144Hz. Another difference is that there's no mention of AMD FreeSync certification for the new model. All in all - that's all about the differences between the two.

Both monitors are equipped with a 31.9-inch 4K IPS display with a W-LED backlight and Quantum Dot Color technology. It supports 10-bit color bit depth and covers 160% of the sRGB and 98% of the DCI-P3 color space. With a peak brightness of 600 nits and a typical one of 450 nits, the two models are VESA DisplayHDR 600 certified. Most probably they use the AUO M320QAN02.3 display panel. Both are NVIDIA G-Sync Compatible with ELMB Sync and Asus Aura Sync lighting. Both support a number of features including Variable Overdrive, GamePlus, GameVisual, Trace Free Technology, Ultra-Low Blue Light technology, flicker-free technology, etc. The PG32UQR and PG32UQ are TUV Rheinland certified for eye safety. Each is fitted with two full-band HDMI 2.1 inputs supporting 4K @ 120 Hz via consoles, DisplayPort 1.4 with DSC, two USB 3.0 Type-A ports, a USB Type-B port, and a headphone jack. The stand ensures height, tilt, and swivel adjustment. 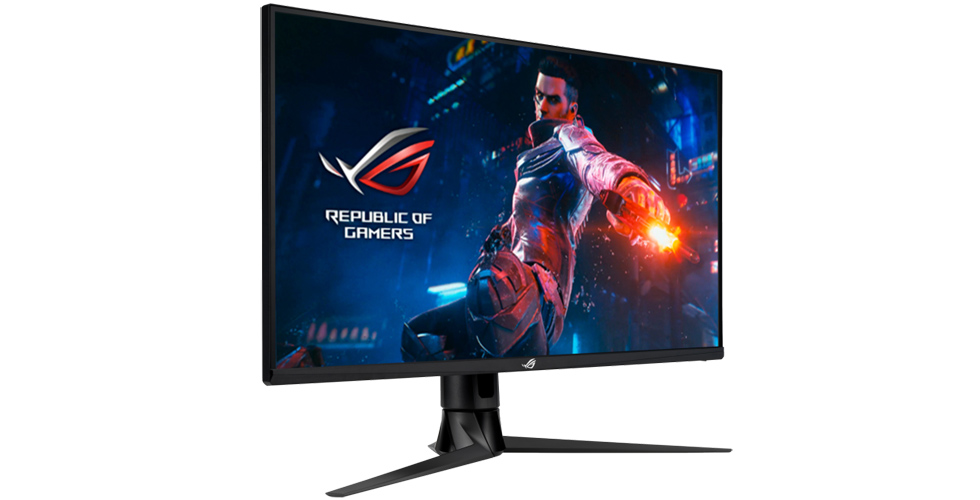 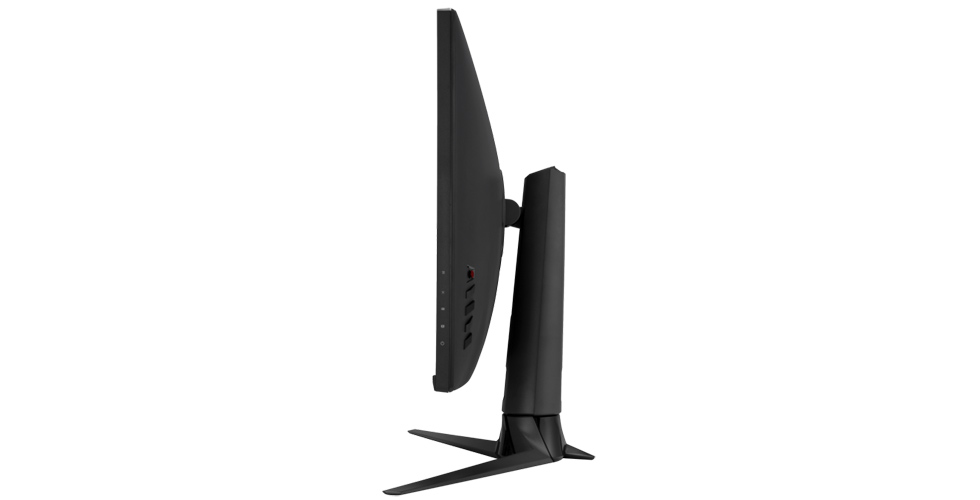 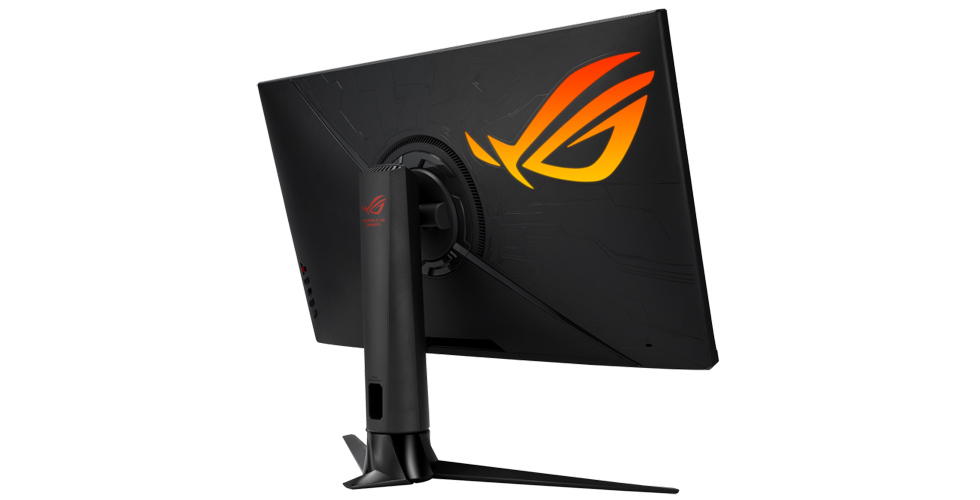 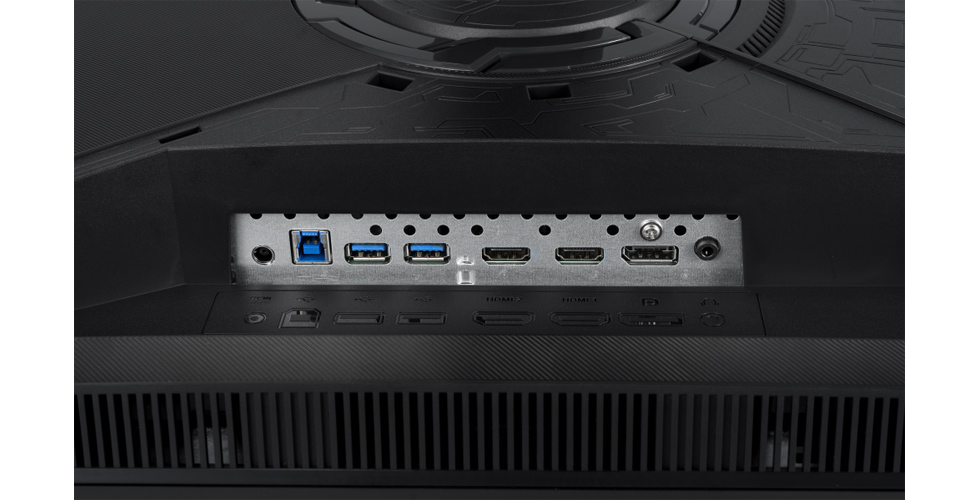 Asus will take part in the IFA 2022 in Berlin that sets off later this week. In the display category of products, Asus will present the ProArt Display OLED PA27DCE which debuted at Computex 2022 in May earlier this year. This monitor measures 26.9 inches with 4K resolution (3840 x 2160) and boasts 350 nits of peak brightness. The display offers 10-bit true color and a wide 99 percent DCI-P3, 99 percent Adobe RGB and...

Asus Republic of Gamers (ROG) today announced the availability of the Swift OLED series gaming monitors. These displays feature the latest generation OLED panels that offer greater efficiency and brighter visuals, as well as a sub-pixel layout that provides extreme levels of detail and clearly-defined text to upgrade the viewing experience. The 42‑inch Asus ROG Swift PG42UQ is designed for immersive desktop gaming...

Earlier today, as part of Gamescom 2022, Asus Republic of Gamers (ROG) unveiled a number of gaming products. The "Have It All" event was held at Dock2 in Cologne, Germany. Among the latest motherboards, AIO coolers, PSU, networking products, and peripherals, Asus presented two new gaming monitors and four that were already known since CES 2022. The first new model is the Asus ROG Strix XG32AQ very similar to the...

The Asus ROG Strix XG32UQ has arrived offering some enticing specs and features. For starters, this gaming monitor is built around a 32-inch Fast IPS display with a 4K resolution. The typical brightness of the screen is specified as 450 cd/m², while the peak one is 600 cd/m², hence the VESA DisplayHDR 600 certification. The display panel covers 130% of the sRGB color space and 96% of the DCI-P3 one. Most probably...

The Asus VP289Q is a new Eye Care+ desktop monitor that features TÜV Rheinland-certified Flicker-free and Low Blue Light technologies to ensure a comfortable viewing experience. It uses a 28-inch IPS display with a 4K resolution, 350 nits of typical brightness, 5 ms GTG response time, and HDR10 certification. Most likely, the display panel is an Innolux M280DCA-E3B one. The display covers 100% of the sRGB and 90% of...

The Asus PA248CNV ProArt is unveiled with a 24.1" IPS display

The Asus PA248CNV ProArt display has been unveiled today sharing a lot in common with another ProArt Display that dates back to two years ago - the Asus PA278QV. Both monitors feature a 24.1-inch IPS display panel with a resolution of 1920 x 1200 pixels and 100% sRGB and 100% Rec.709 accuracy. The monitors are CalMAN Verified and arrive factory calibrated with color accuracy of ΔE

Asus has finally released the complete specifications and features of the Asus PA348CGV is a 34-inch ultra-wide monitor (3440 x 1440 px) designed to satisfy the needs of creative professionals, from photo and video editing to graphic design. ProArt Display PA348CGV is factory calibrated and Calman Verified to deliver superb color accuracy (∆E

The Republic of Gamers is launching new equipment for the EVANGELION project. The Asus ROG Strix XG27AQM EVA Edition and the Asus ROG Strix XG27AQM-G EVA Edition are handsomely clad in the EVA-01's purple and green color scheme. With an overclocked refresh rate of 270 Hz and a speedy 0.5 ms GTG response time as well as with ELMB Sync and NVIDIA G−SYNC Compatible they are all set to eliminate ghosting and deliver a...