LG 25GR75FG - the latest UltraGear gaming monitor was named the official display of the League of Legends EMEA Championship (LEC) 2023. The new monitor will make its debut during the upcoming LEC season, which begins this weekend, supporting players from the region’s top teams as they battle it out for tournament honors. The 25GR75FG is being adopted by LEC for the 2023 season, which is being held in a brand-new format by merging Europe, Türkiye and CIS with the Middle East and North Africa (MENA) to create EMEA, a united competitive League of Legends Esports region.

Optimized for esports, the LG 25GR75FG has been upgraded from its predecessor with the help of feedback from LEC players. The design, features, and capabilities of the new UltraGear model make it an ideal choice not only for pro players but for anyone who loves the thrill of competitive gaming. It is built around a 24.5-inch FHD IPS display with a 360Hz refresh rate and a 1ms GTG response time. The monitor arrives with an NVIDIA G-Sync module and NVIDIA Reflex Latency Analyzer. It has a 3-sided bezelless design and is VESA DisplayHDR 400 certified. Its stand offers full ergonomy with a clockwise pivot, +/-30 degrees of swivel, -5 to 15 degrees of tilt, and up to 110 mm of height adjustment. The connectivity options include two HDMI 2.0 inputs, DisplayPort 1.4 input, a USB 3.0 upstream port and two USB 3.0 downstream ports, and a headphone jack. 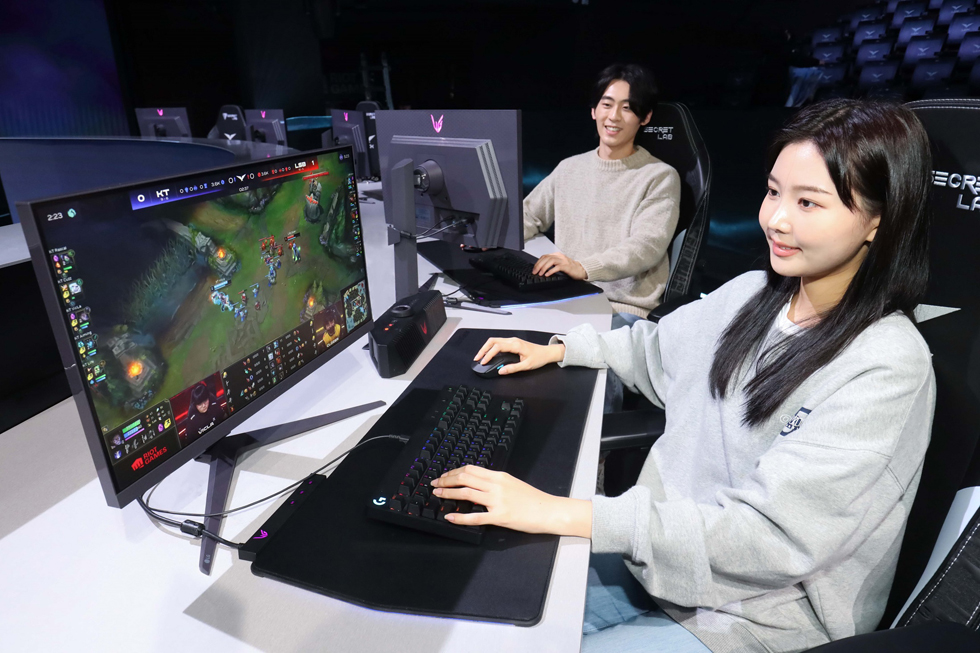 LG Electronics has just announced its most advanced OLED TVs. With best-in-class picture quality, powerful image processing technologies and an improved webOS platform that includes even smarter features and services, the company's latest OLED TVs deliver an even better viewing experience. A decade after LG introduced the world's first OLED large-screen TV, the company continues to lead the premium TV market. The...

LG Display announced today that it will unveil its 45-inch ultra-wide OLED and 27-inch OLED displays optimized for gaming in January at CES 2023. Through these cutting-edge products, the company aims to strengthen its leadership in the high-end gaming market. LG Display's new gaming OLED displays boast the fastest response time of 0.03ms, making them the first-ever OLED displays for monitors to provide a refresh...

LG Electronics announced that it will be making an in-person return to CES, operating a physical exhibition booth, and holding its LG World Premiere press conference on the ground in Las Vegas this January. The press conference, themed 'Life's Good,' is scheduled to get underway at 08:00 (PST) on January 4 at the Mandalay Bay Convention Center. To begin the event, CEO William Cho will take to the stage to present...

LG is ready with two other smart monitors. In addition to the LG 32SQ780S, the brand will also launch in the USA the LG 32SQ730S and the LG 43SQ700S. LG's solution is created to enhance home life by enabling a remote workstation, home exercising, next-level gaming, and various entertainment applications, including popular streaming services, without a PC connection. Supporting LG TV's acclaimed webOS 22, this model...

LG Electronics is exhibiting its latest lineup of premium UltraGear OLED gaming monitors - LG 27GR95QE and LG 45GR95QE - at CES 2023. Equipped with the world's first 240Hz OLED panel, which is exclusively manufactured by LG, the new 27- and 45-inch models deliver a record-breaking GTG response time of fewer than 0.03 ms, not to mention superior self-lit picture quality complete with accurate, lifelike colors and...