The TV is named Samsung QN75LS03T and is built around a 4K VA panel with Edge LED backlight and 10-bit color support. It has a native refresh rate of 120Hz and employs several features that make it stand out from the crowd and really be on the artsy side. For starters, the 2020 models arrive with Art Mode 3.0. The Art Store is there as well. The built-in Motion Sensor detects when you walk into the room to automatically turn on and display your favorite selections. The built-in Brightness Sensor adjusts to your room for a realistic display. Set the Motion Sensor timer, so when you leave the room, the screen turns off automatically to save energy. You will still be able to buy and customize various frames to fit your environment best.

The wall mounting is available with Samsung's No Gap Wall-Mount with One Invisible Connection and there's a Studio Stand as an accessory (sold separately). The Samsung QN75LS03T also arrive with Ambient Mode+ which mimics the wall behind it and elevates your space by turning the screen into décor, artwork, the weather, today's headlines, and more. The Adaptive Picture feature optimizes the TV by analyzing the picture and the room's lighting conditions so it displays it at its best. The TV has a 2.2CH sound system with a total power output of 40W. It also features Active Voice Amplifier which enhances the voices in the scene so they prevail over the ambient noise. Other useful features such as mobile mirroring, Multi View, support for Alexa, Bixby, Google Assistant, Apple HomeKit and Apple Airplay 2 are there as well. 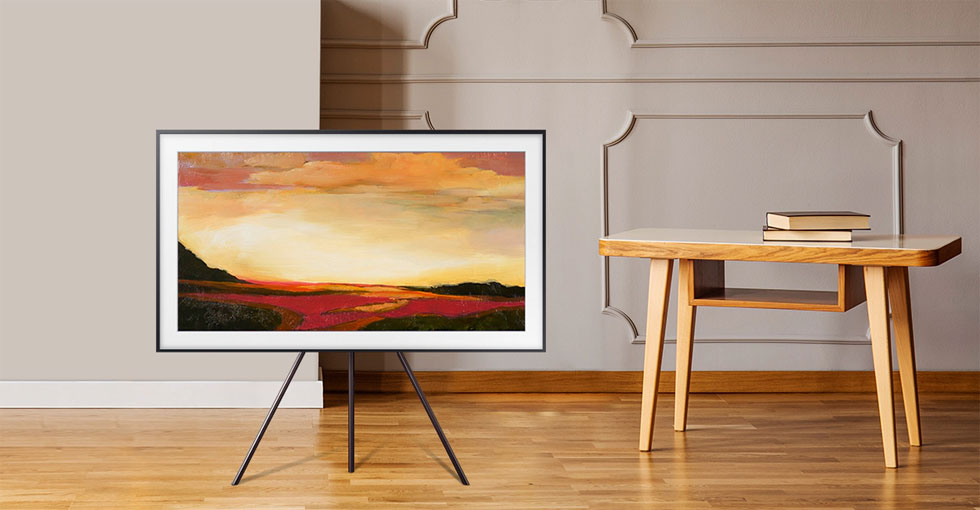 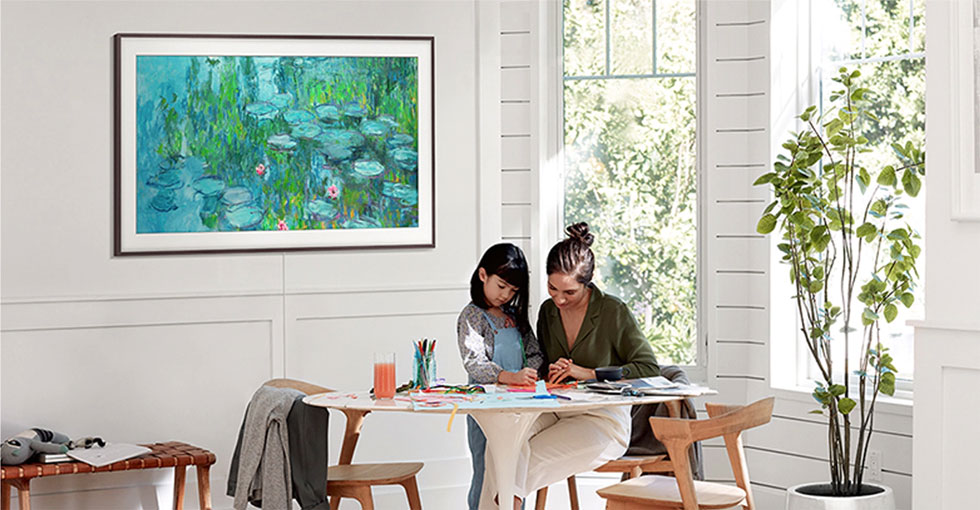 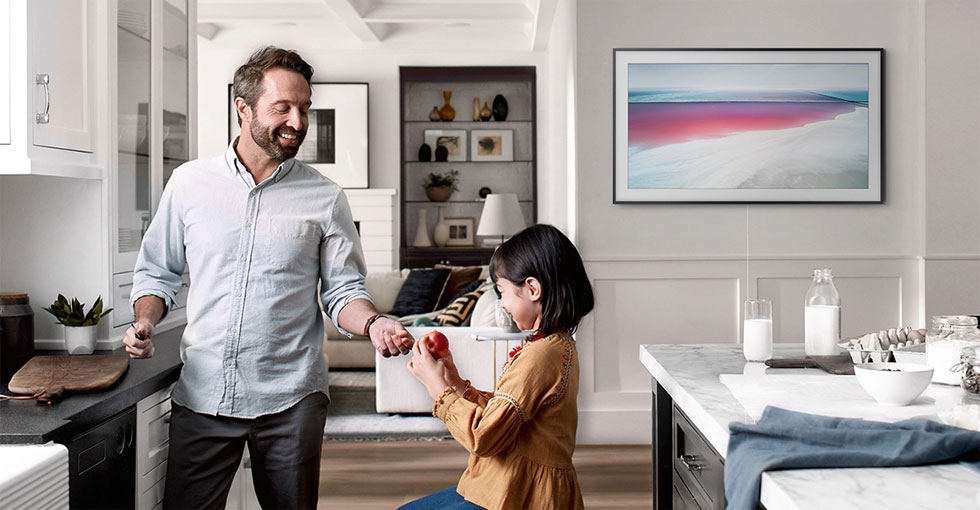