The Gigabyte AORUS FI32Q is a new gaming monitor that arrives with a 31.5-inch Super Speed IPS display with a QHD resolution (2560 x 1440). The display is VESA DisplayHDR 400 certified with 350 nits typical brightness. The panel covers 120% of the sRGB and 94% of the DCI-P3 color spaces. It offers 8-bit color support and 1 ms GTG response time. The refresh rate is 165Hz (native) and can be overclocked to 170Hz. The model supports AMD FreeSync Premium and is NVIDIA G-Sync Compatible. 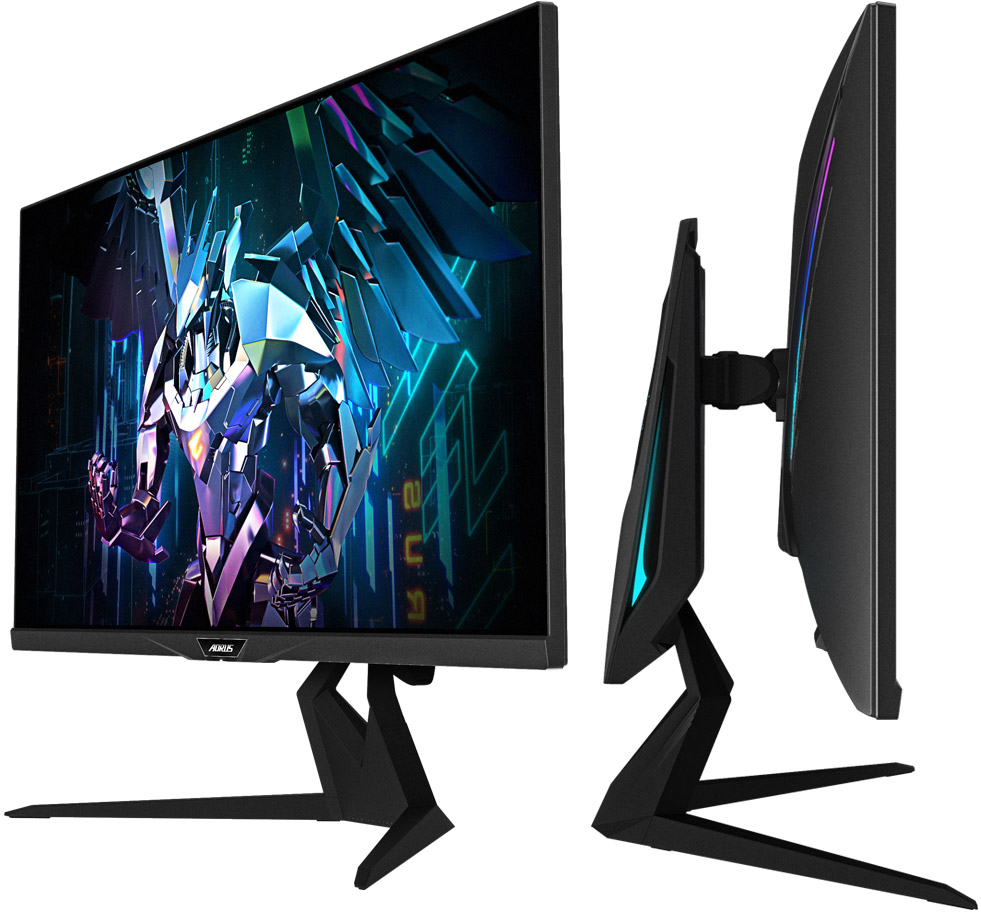 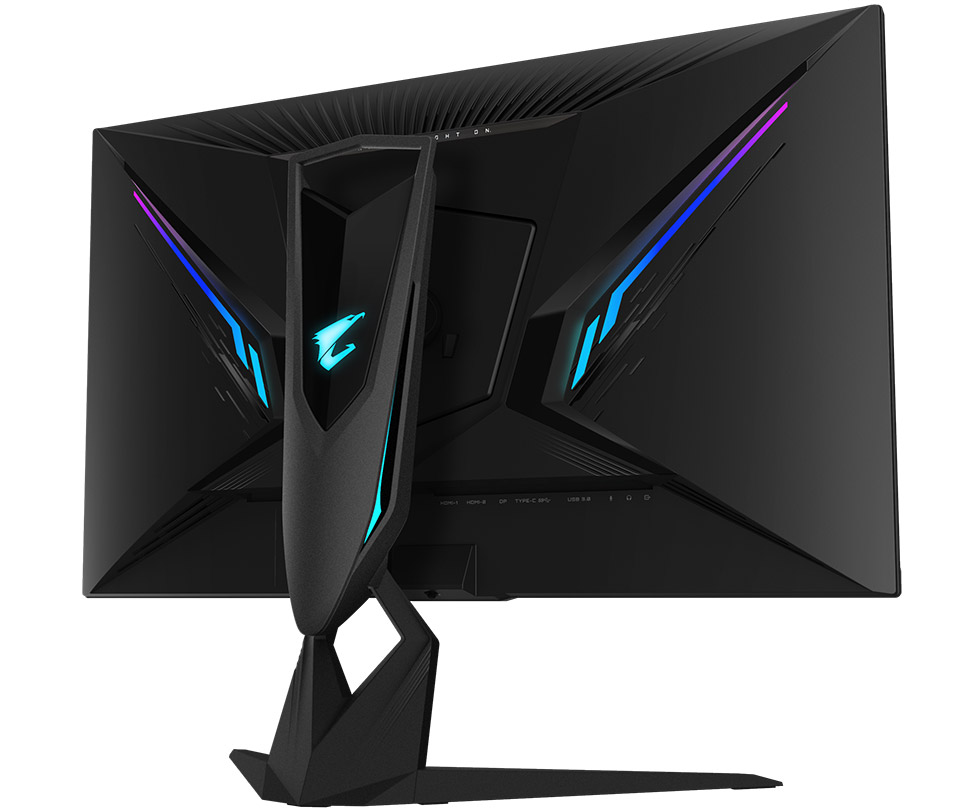 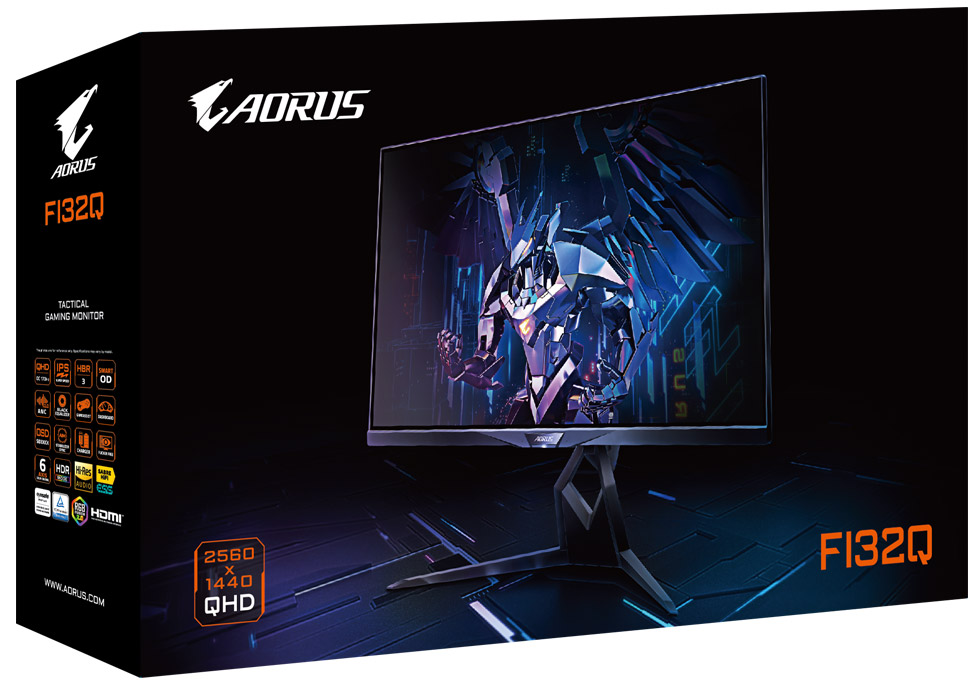 Today Gigabyte announced a trio of gaming monitors - the G27F, G27QC and G32QC, each supports AMD Radeon FreeSync (FreeSync Premium Pro for the 32-inch model) and is NVIDIA G-Sync Compatible. The three monitors also have the Gigabyte Auto-Update feature, Black Equalizer, GIGABYTE Gaming Features, Low Blue Light and Flicker-Free techs. Every model is equipped with a Stand with Easy Adjustments. Gigabyte G27F The...

At the end of May, Gigabyte introduced the curved AORUS CV27F. It now expands this lineup with the curved AORUS CV27Q. The gaming monitor features a 27-inch VA panel with a WQHD resolution (2560 x 1440) and a 1500R curvature. The Adaptive-Sync and FreeSync 2 technologies allow it to support variable refresh rate from 48 Hz to 165 Hz. The GTG response time is 1 ms, which is most probably achieved under special...

After unveiling the curved AORUS CV27F gaming monitor a couple of days ago, now Gigabyte introduces the AORUS KD25F. It has a 24.5-inch flat panel with a WLED backlight and 1080p resolution. The display covers 100% of the sRGB colour space and offers 400 nits typical brightness as well as 1000:1 typical contrast ratio. The response time is 0.5 ms (MPRT) and the refresh rate can reach up to 240Hz thanks to AMD's...

Gigabyte introduced the world's first tactical monitor. It has "all the tactical features which make this monitor a perfect choice for gamers that loves AAA games and media entertainment." The AORUD CV27F is created especially for gaming. It features a 27-inch 8-bit VA panel with a 1500R curvature, 1 ms response time and FHD resolution. The display covers 90% of the DCI-P3 colour space, is VESA DisplayHDR certified...

Today Gigabyte has announced the world's first tactical gaming monitor. The AORUS AD27QD has a 27-inch IPS display with a 2K QHD resolution (2560 x 1440) and a 144Hz refresh rate in 1ms (MPRT) response time. The 10-bit display panel covers 95% of the DCI-P3 colour space and has passed the VESA certified DisplayHDR 400 standards. With the AMD Radeon FreeSync​ technology on board, the monitor provides a fluent gaming...