Vizio is yet to unveil its 2022 lineup of TV but some details have been unveiled as the new Vizio M-Series Quantum X 4K HDR Gaming Smart TV has become a CES 2022 Innovation Awards Honoree in the Gaming category. More specifically, this is the 50-inch Vizio M50QXM-K01 which features 48-120Hz VRR support at 4K, and also offers 48-240Hz VRR support at 1080p. This lightning-fast 240fps frame rate doubles the highest frame rate currently available in other consumer TVs and virtually eliminates ghosting with razor-sharp images with superbly smooth and natural motion during fast-action gameplay. Gaming is further enhanced with a high contrast picture from the active full-array local dimming backlight, a spectacular range of color provided by Quantum Dot technology, and premium gaming features like Auto Low Latency, Dolby Vision Auto Gaming, and HGiG game HDR. For a completely immersive audio experience, the TV is equipped with DTS:X, Dolby Digital+, AC-4 decoding, and Dolby Atmos eARC pass-through, with Virtual:X surround sound and Bluetooth wireless headphone support. The TV’s elegant and refined industrial design features a metal, 3-side nearly bezel-less design that gives a very minimalistic, clean look enabling zero-distraction gaming. The TV stand offers additional design flexibility thanks to its two adjustable positions that allow users to lower the height of the TV for better viewing comfort or to raise the TV to provide additional clearance for a sound bar. In addition to being a premium gaming TV that supports 1080p at 240Hz, VIZIO's HDR Gaming Smart TV is also an excellent 4K/120Hz entertainment platform featuring VIZIO’s SmartCast operating system. 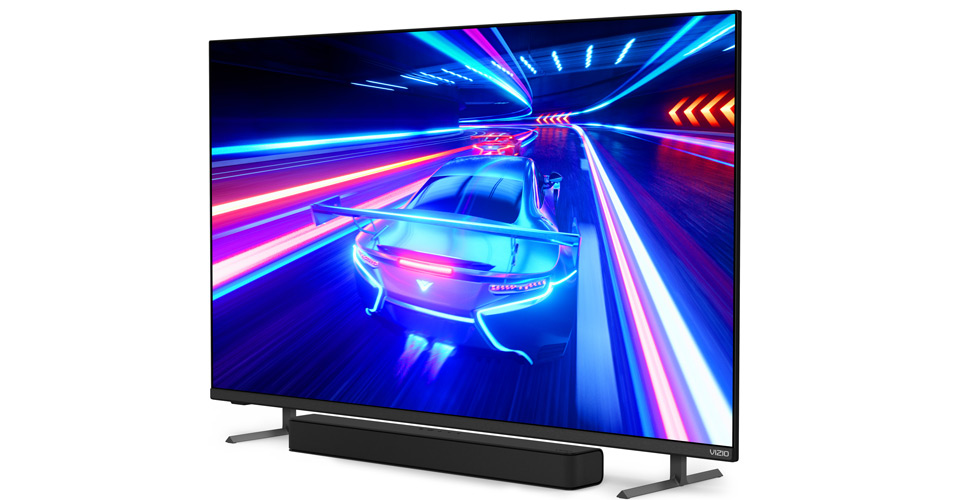