BenQ announced a new monitor from its Zowie series. The Zowiei XL2731 is created especially for e-sports. Its display has a 27-inch diagonal size and a 1080p resolution. The 144 Hz refresh rate and 1 ms response time ensure smooth visuals - a big concern for e-sports fans. The panel offers a typical brightness of 320 cd/m2 and a static contrast ratio of 1000:1. The connectivity options of the model include DVI-DL, 2x HDMI 2.0, DisplayPort 1.2, 3.5 mm audio jack. The stand offers a complete set of adjustments - height, tilt, swivel, pivot. As usual, Low Blue Light and Flicker-Free techs are provided. The Black eQualizer feature is also present. It makes dark areas more contrast and lightens them up without making the other areas brighter. The Color Vibrance has 20 levels for fine-tuning preferred colour tones. 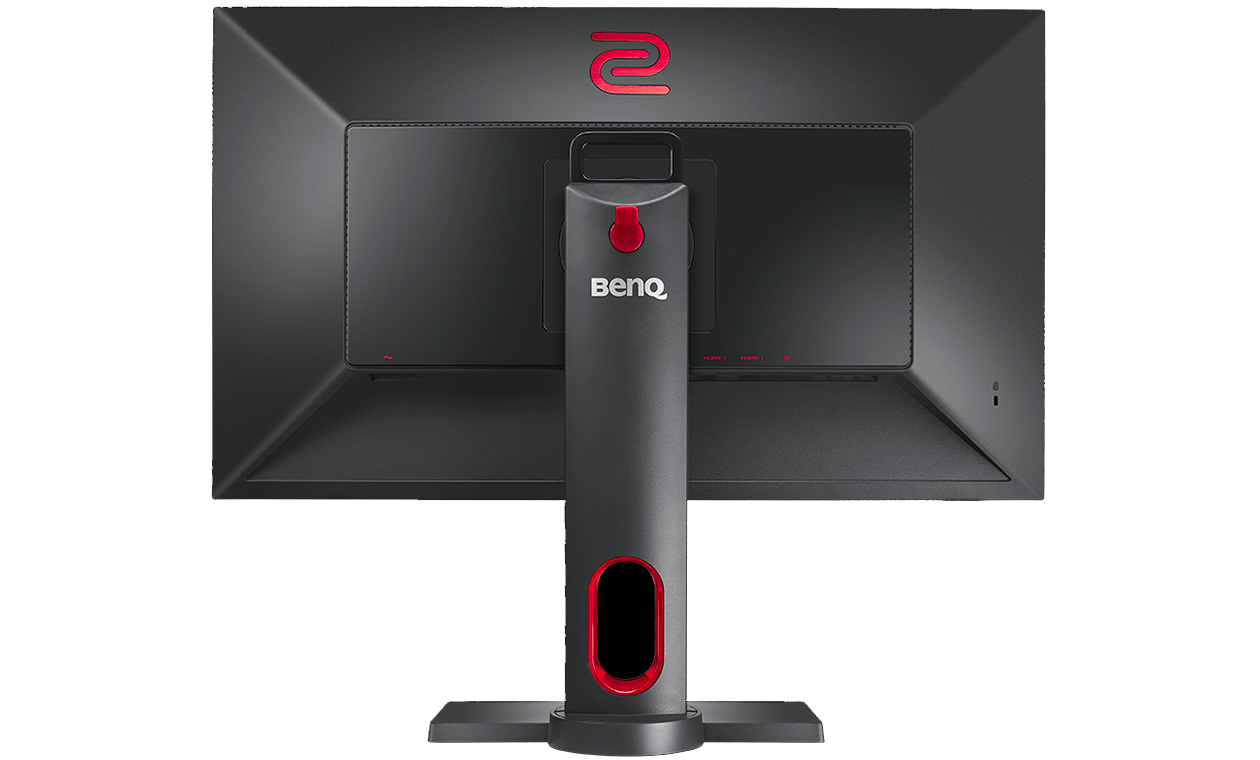 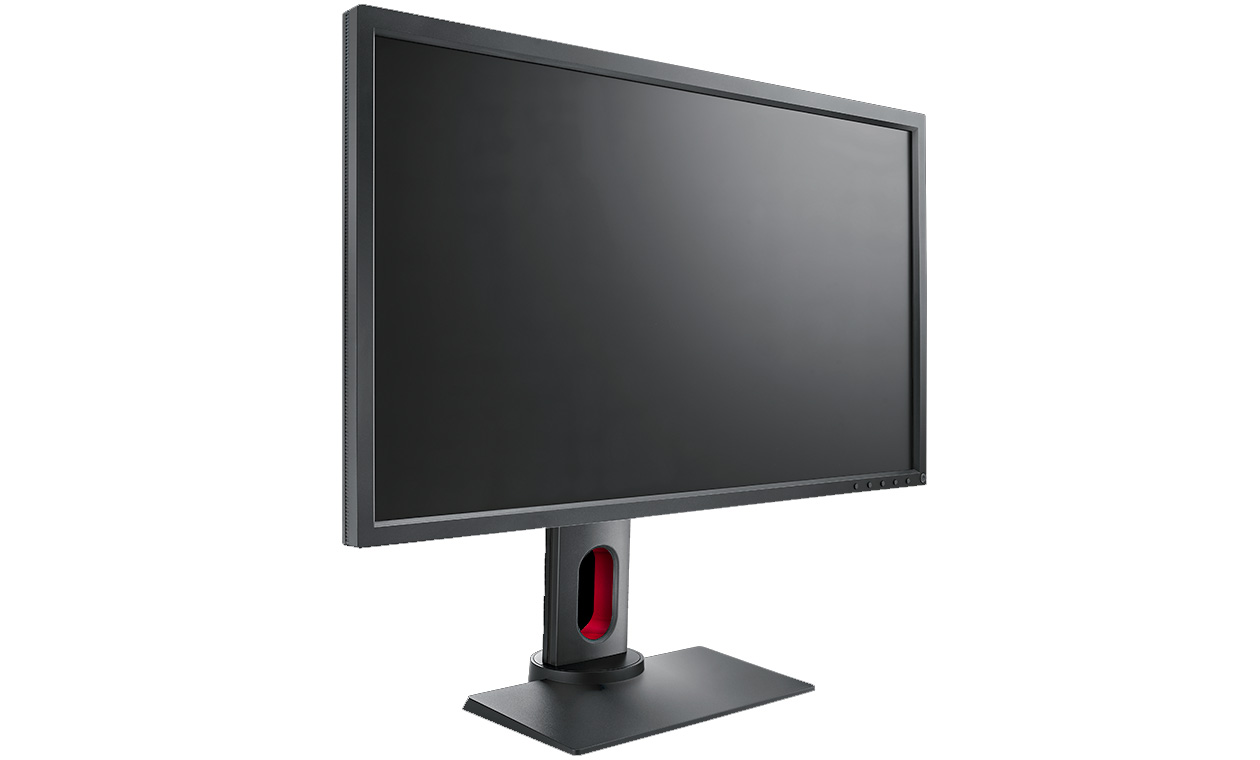 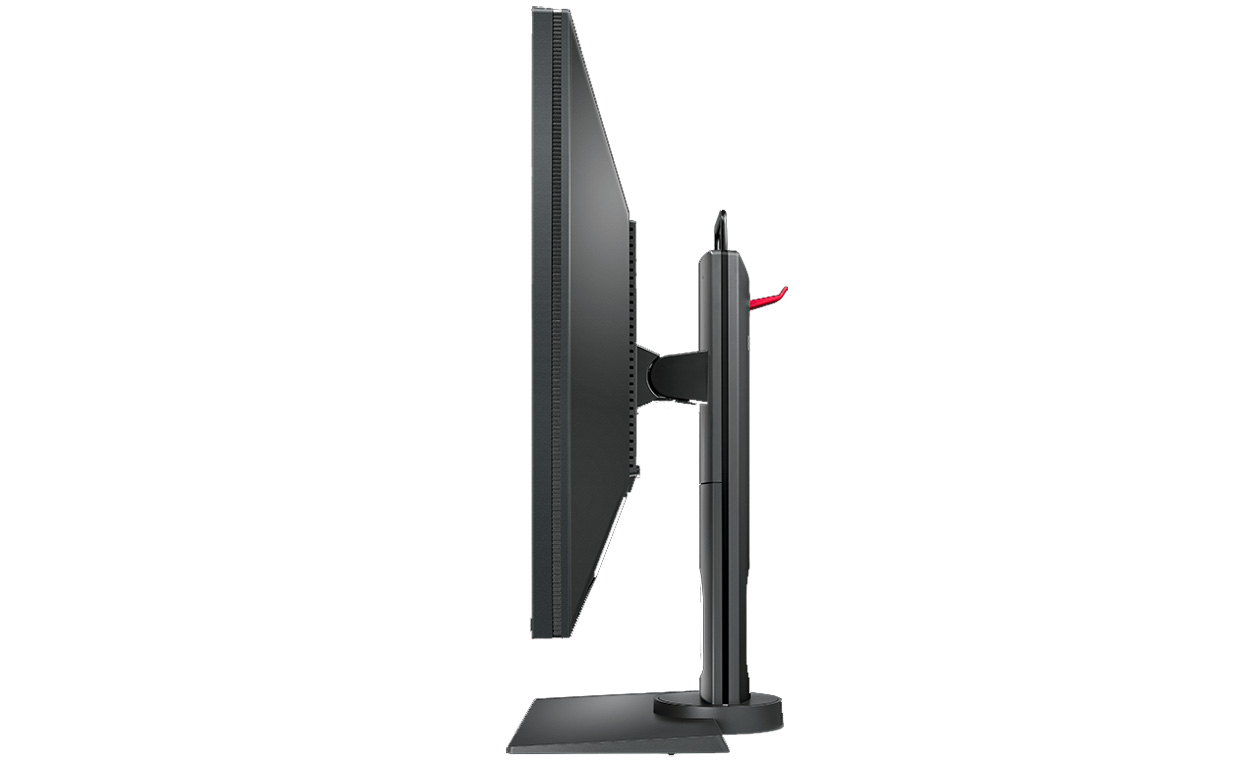 BenQ has announced a duo of MOBIUZ gaming monitors - the BenQ EX2510 and the BenQ EX2710. These are 144Hz monitors with 1 ms MPRT and AMD FreeSync Premium. They have FHD IPS panels with HDRi technology and feature dual 2.5W speakers optimized by treVolo. A DSP (Digital Signal Processor) with three customized sound modes is available as well. Light Tuner lets you choose from 20 color settings for your favorite...

The main selling point of the BenQ GW2475H is its edge-to-edge panel and ultra-slim bezels which is complemented by a premium hairline-brushed base and glossy black accents to create a minimalist and sophisticated look. The monitor has a 23.8-inch IPS panel with a 1080p resolution, 250 nits typical brightness, 1000:1 static contrast ratio, 72% NTSC color space coverage. The model is equipped with two HDMI 1.4 ports...

BenQ has unveiled a new monitor from its DesignVue Designer series. The Benq PD2705Q features a 27-inch IPS panel with a QHD resolution (2560 x 1440). The display panel covers 100% of the sRGB/Rec. 709 color space achieving Delta E ≤ 3 color accuracy and offers a typical brightness of 300 cd/m². The static contrast ratio is 1000:1. The GTG response time is 5 ms and the native refresh rate is 60Hz. The monitor is...

BenQ has expanded its DesignVue lineup of monitors with the BenQ PD3420Q which features a 34-inch ultra-wide display with a resolution of 3440 x 1440. The IPS panel supports 10-bit color and covers 100% of the sRGB and 98% of the DCI-P3 color space. The typical brightness of the model is 350 cd/m² which reaches 400 cd/m² in HDR Mode. The static contrast ratio is 1000:1. The monitor is VESA DisplayHDR 400 certified...

BenQ expands its photographer monitor lineup with the BenQ SW321C

BenQ has just listed its latest photographer monitor dubbed BenQ SW321C. This series is dedicated to offering higher colour accuracy that will satisfy discerning professionals. This specific model is adorned with a 32-inch IPS panel that covers 99% of Adobe RGB, 100% of sRGB/Rec. 709, and 95% of DCI-P3/Display P3 colour gamuts. The unit offers a 4K (3840 x 2160) resolution, 10-bit colour, 250 nits of brightness and...

BenQ has announced a new gaming monitor that supports refresh rates of up to 144Hz and HDRi Technology. BenQ EX2780Q features a 27-inch IPS panel with a resolution of 2560 x 1440 pixels (WQHD) and a 16:9 aspect ratio. It covers 95% of the DCI-P3 colour space and with its brightness of 350 nits, it bears the VESA DisplayHDR 400 certification. The monitor's top refresh rate of 144Hz is possible thanks to the Free Sync...

BenQ introduces an ePaper mode to a duo of upcoming monitors

Later in the summer, BenQ will launch two new monitors that will arrive with ePaper mode. Generally, this feature will make the screen look like an e-reader's one so there's as little strain on the eyes as possible. However, this is not the only feature focused on eye protection. BenQ's exclusive Eye-Care Technology includes low blue light and flicker-free techs. The brightness intelligence one ensures optimal...

BenQ has announced a new desktop monitor that has 1ms response time and 75Hz refresh rate. The BenQ GL2460BH is equipped with a 24-inch TN panel and an FHD resolution. It has a typical brightness of 250 nits and 1000:1 static contrast ratio. The horizontal and vertical viewing angles are 170 and 160 degrees, respectively. The model has two 1W stereo speakers, a D-Sub port, DVI and HDMI, 3.5 mm jack. The stand offers...

BenQ has announced a new curved gaming monitor with a 32-inch QHD display (1440 x 2560). The curvature measures 1800R. The VA panel of BenQ EX3203R employs a Brightness Enhancement technology and covers 90% of the DCI-P3 colours space, supports HDR and FreeSync 2 with refresh rates of up to 144Hz. The GTG response time is 4ms. The typical brightness measures 400 cd/m2 and the static contrast ratio is 3000:1. The...

The curved BenQ EX3501R is released

BenQ has announced a 27-inch desktop monitor dubbed EW277HDR. It has a VA panel with a resolution of 1920 x 1080 pixels and a native 3000:1 static contrast ratio. It covers 93% of the DCI-P3 colour space and 100% of Rec. 709, and has a peak brightness of 400 cd/m2. The monitor supports High Dynamic Range (HDR) and employs the Brightness Intelligence Plus Technology along with BenQ's Eye-care Technology and Smart...

BenQ has presented a new series of desktop monitors - the G80, with minimalist style and progressive eye-care

BenQ is not new to offering monitors especially aimed at providing enhanced eye-care. With the new BenQ EW2770QZ goes a step further in this direction with the integration of the Brightness Intelligence Plus Tech. It reduces eye strain in any lighting environment, while colors stay original for a picture perfect content. This is achieved by using a light sensor that detects both color temperature and ambient light...