Huawei announced that it will release its first Mini LED TV on July 29th. The Huawei Vision V75 Super a.k.a. Huawei Smart Screen V75 Super will have 46,080 super-mini LEDs for a finer light control. The brand has also teased it will have a 20-unit audio system and will run on HarmonyOS 2.0.

Huawei also teased a huge TV that will also debut along with the Mini LED model - the Huawei Smart Screen V98 - a TV with a 98-inch diagonal size. More information about the products will be added when they are announced at 19:30 Beijing time on July 29th. 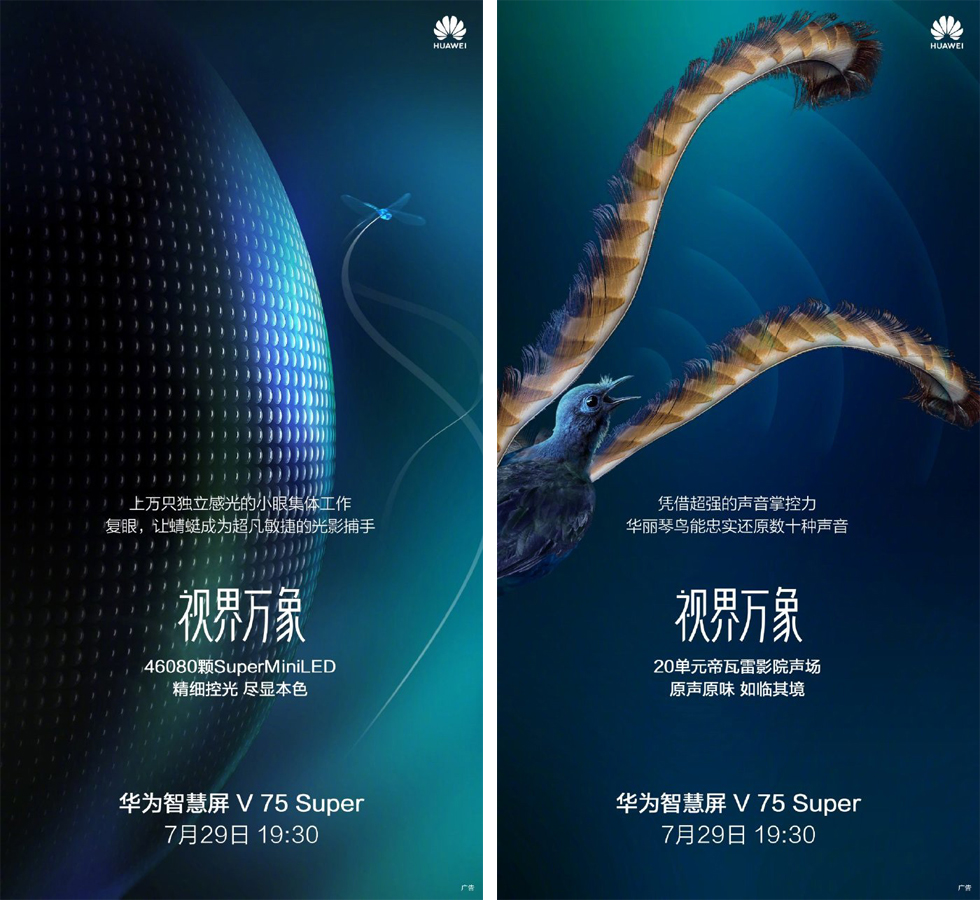 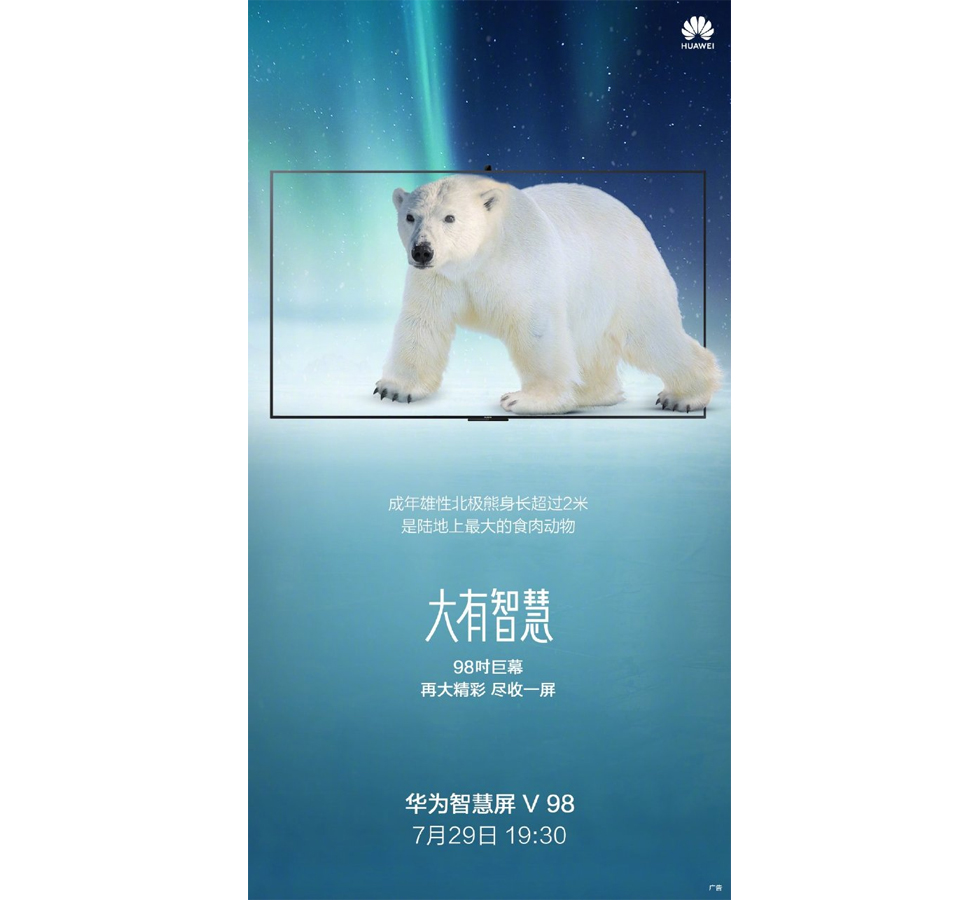