The Huawei MateView GT is the second desktop monitor released by the brand today. Targeted at gamers, it offers a 34-inch VA panel with a 1500R curvatures, WHQD resolution (3440 x 1440), and 4 ms GTG response time. The monitor is capable of providing up to 165Hz refresh rate but Huawei did not detail which technology is supported exactly. The display covers 100% of the sRGB and 90% of the DCI-P3 color space. The typical brightness measures 350 cd/m² and the static contrast ratio is 4000:1. It also supports HDR10. For this model, the stand can be removed for 100x100 mm VESA wall mounting. Height and tilt adjustment are enabled. The connectivity options of the Huawei MateView GT include a USB Type-C port for power supply only, a Type-C port with DP Alt Mode, DisplayPort 1.4, two HDMI 2.0 inputs, a 3.5 mm jack with 2-in-1 interface (headphones and microphone). Finally, the model arrives with a built-in SoundBar with two digital microphones enabling far-field voice interaction, two 5W speakers, and a LED strip with 8-color lights. This monitor costs EUR 549 in Europe and CNY 3549 in China. 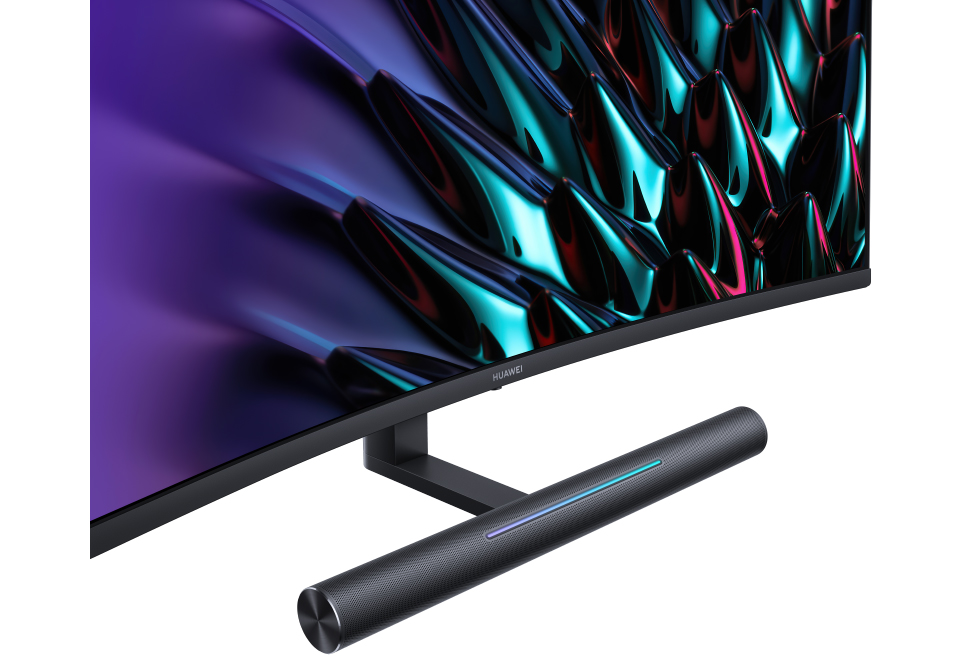 Huawei announced that it will release its first Mini LED TV on July 29th. The Huawei Vision V75 Super a.k.a. Huawei Smart Screen V75 Super will have 46,080 super-mini LEDs for a finer light control. The brand has also teased it will have a 20-unit audio system and will run on HarmonyOS 2.0. Huawei also teased a huge TV that will also debut along with the Mini LED model - the Huawei Smart Screen V98 - a TV with a...