LG Display has announced that its OLED TV panels have obtained the "Eye Comfort Display" certification from TÜV Rheinland - one of the most renowned authorities in the field. The independent organization has performed the test in accordance with the ISO 9241-307 standard which covers three main points of interest: blue light emission, light reflection and flickering, image quality.

LG's 65-inch OLED TV emits 34% blue light which is way below the 50% threshold. For comparison, a 65-inch LCD TV set emits 64% blue light. As long as it concerns the second parameter, LG's OLED panels scored 0.87% in light reflection which is half of that of LCD panels. Moreover, the tests have shown that the panels are essentially flicker-free. Finally, in the picture quality area, the standard was met in all areas including wide colour gamut and high dynamic range (HDR). The result is that LG's OLED display panels are beneficial for eye health and LG said that it will encourage its partners from Sony, Hisense, Panasonic, Philips which uses LG's panels to also use the TÜV's certification mark.

"TÜV Rheinland is an internationally renowned independent testing service provider with many years of experience in the test certification field. We congratulate LG Display on receiving the certification, and we will provide the necessary support for the company to get additional international recognition for the quality of OLED, the next-generation display technology," said Holger Kunz, EVP of Products, TÜV Rheinland.

LG Display is the world's only large-sized OLED producer and currently manufactures a variety of 55, 65, and 77-inch UHD OLED panels at its Paju plant. With the completion of the 8.5G-level Guangzhou OLED plant, which has a monthly production capacity of 60,000 units (based on the introduction of glass panels) in the second half of 2019, the production capacity of 70,000 units per month can be increased to 130,000 units per month. 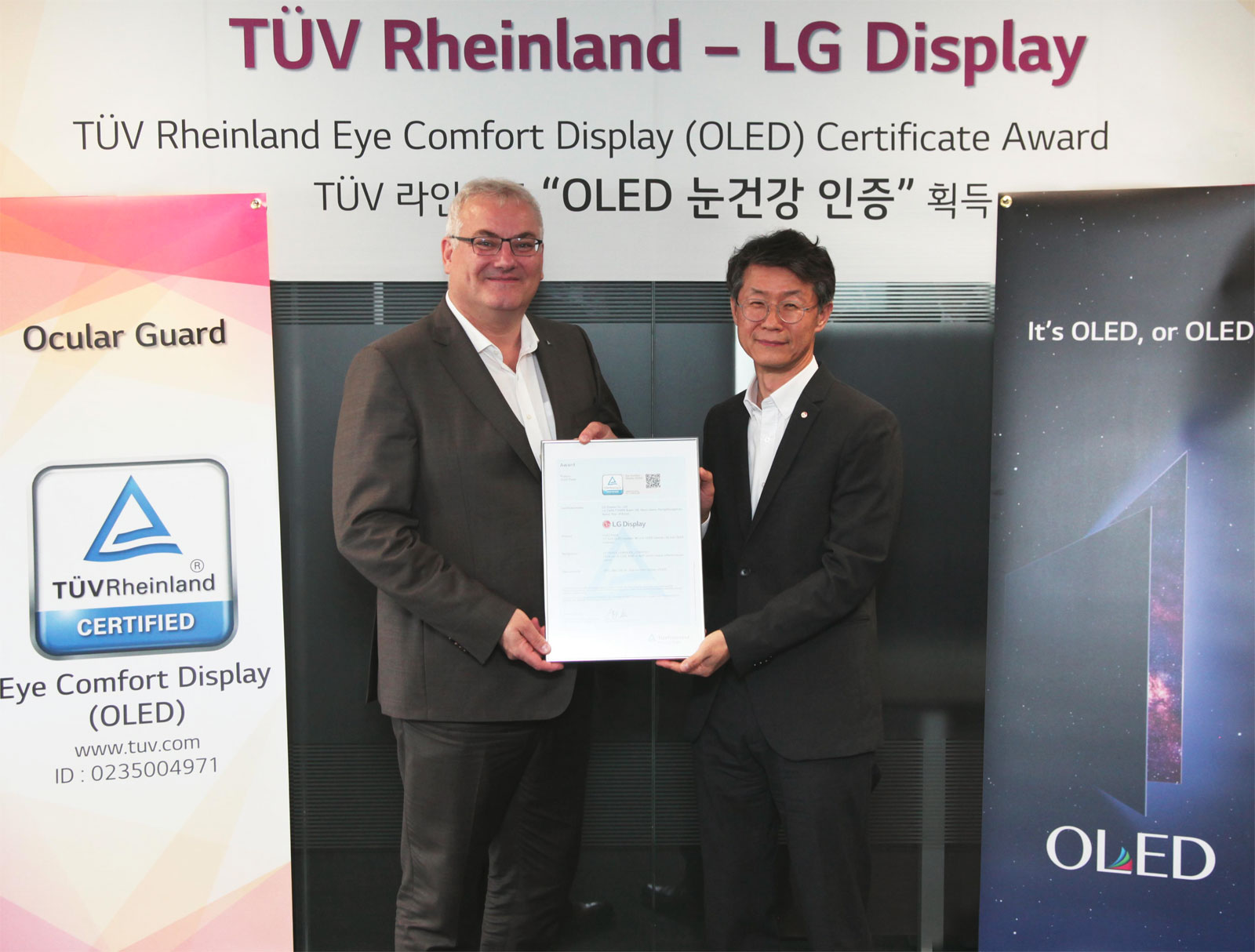