If you're a professional in the photography and video production field and you need a desktop monitor for colour critical applications then you might consider the NEC MultiSync PA311D. This beast of a monitor costs USD 3,000 and in Europe, it is priced around EUR 3,600. With this monitor, you get real 4K resolution (4096 x 2160 pixels) on a 31-inch high-performance IPS display panel with a 1400:1 contrast ratio and 350 nits typical brightness. The monitor supports true 10-bit colour with a 14-bit 3D LUT for impeccable accuracy and supports all professional colour spaces (sRGB, Adobe RGB and DCI-P3) and standard video colour spaces (Rec. 709, Rec. 2100). Additionally, it supports the HLG and PQ HDR standards.

The NEC MultiSync PA311D is also quite feature-rich. It includes NEC's custom colour processor, the SpectraView II Engine, an always-on backlight sensor for stable colour and brightness for the life of the display, as well as a low-latency mode when working with live video. Additionally, Picture in Picture, Picture by Picture and ICC profile support simplify colour-critical workflows. The MultiProfiler software provides complete control over the five picture modes. DisplaySync Pro controls three computers with only one keyboard and mouse.

The NEC MultiSync PA311D is equipped with two DisplayPort 1.2 inputs with 10-bit support, two 10-bit HDMI inputs, and a USB Type-C port with 65W of power delivery, two USB 3.1 Type-B upstream ports and three USB 3.1 downstream ports. There's also an Ethernet port. The stand offers height adjustment of up to 150 mm, tilt and swivel adjustment. It can also be removed for VESA-compatible wall mounting and you have a choice here - 200 x 100 mm or 100 x 100 mm holes. 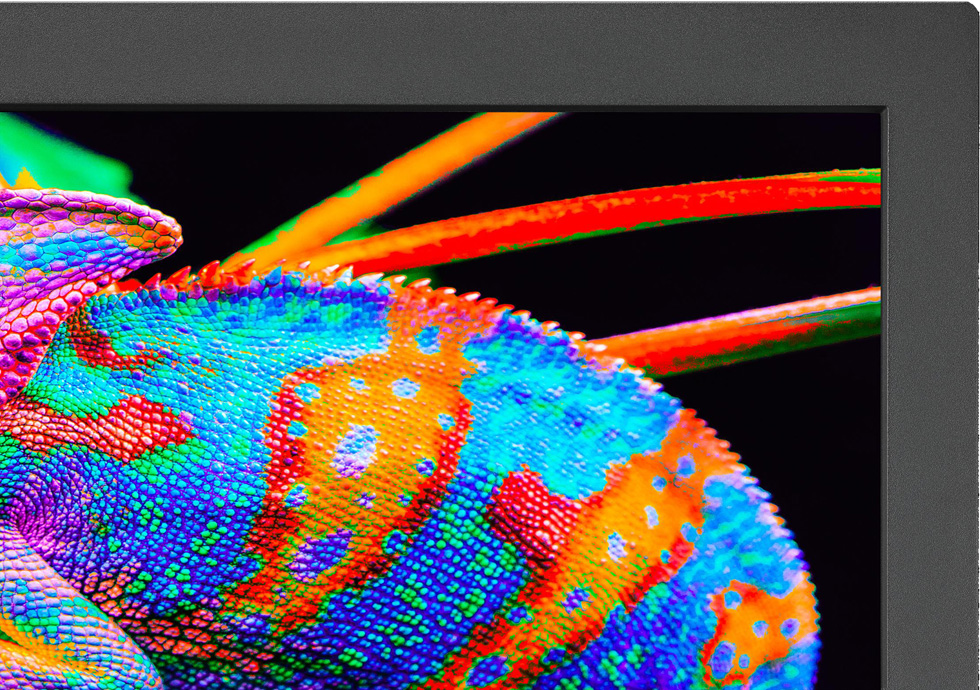 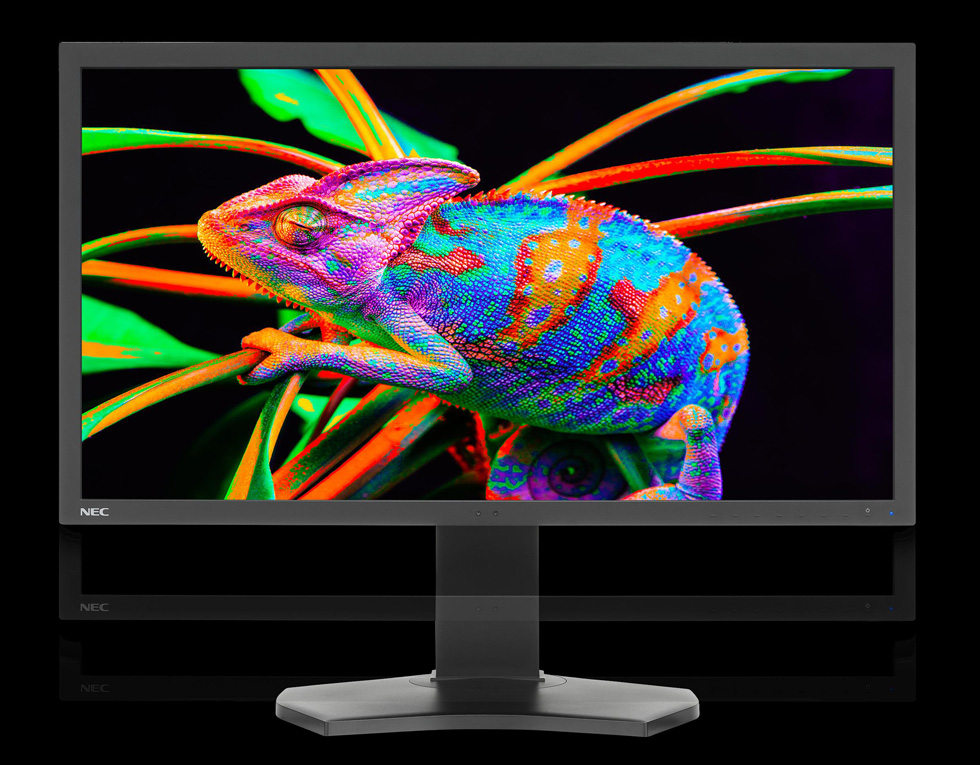 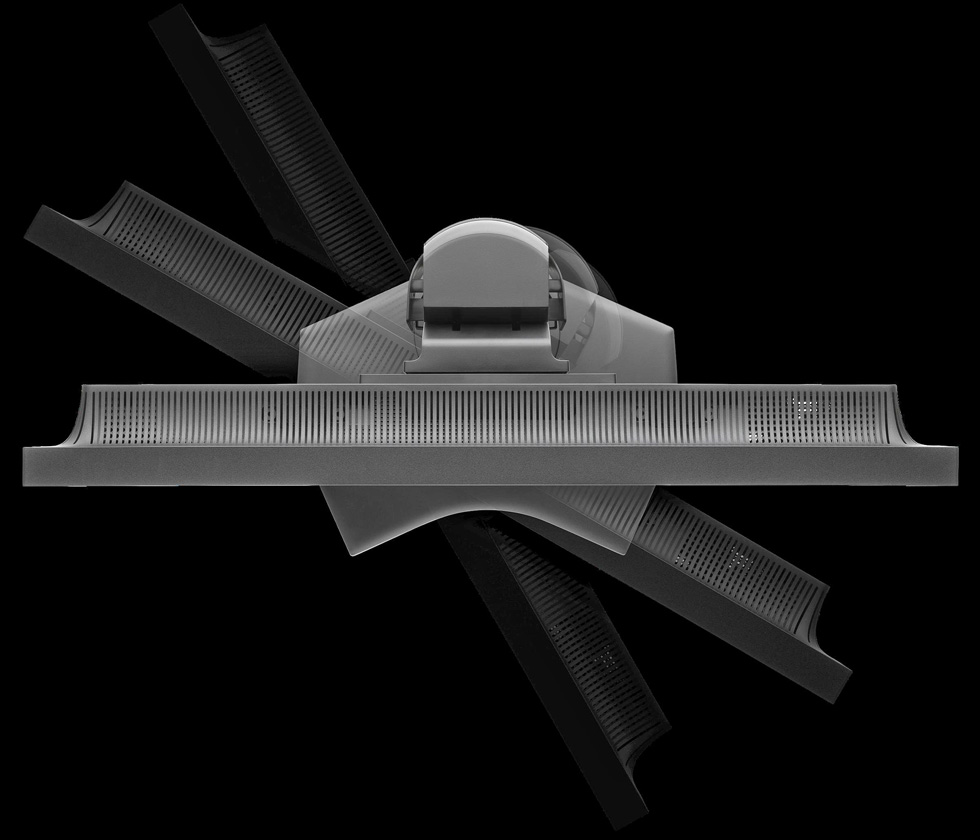 Today, NEC Display has announced two new desktop monitors "designed with business users in mind". Both devices have 27-inch IPS panels with 1080p resolution and three-sided narrow bezel (1mm) design that allows for multi-monitor setups. The display panels offer a typical brightness of 250 cd/m2 and a static contrast ratio of 1000:1. The typical response time is 6 ms. The first model is MultiSync E271N. It features...

NEC MultiSync EA295WMi is the latest desktop monitor by NEC that is suitable for a number of environments including corporate, financial, healthcare and broadcast ones. It features a 29-inch IPS panel with a 21:9 aspect ratio and 178° horizontal/vertical viewing angles. It is coupled with internal programmable 14-bit 3D lookup tables (LUTs) that ensure accurate colour rendition. The model support PiP and PbyP so it...

NEC PA243W is the latest addition to NEC's range of professional wide gamut desktop monitors. It features a 24.1-inch AH-IPS display with a white gamut W-LED backlight and a resolution of 1920 x 1200 pixels. The typical brightness measures 350 cd/m2 and the static contrast ratio is 1000:1. Viewing angles (h/v) are 178°/178° and the response time measures 8 ms. The monitor covers 112.4% of the Adobe RGB colour space...

NEC has announced a new ultrawide curved monitor at a very competitive price. The MultiSync EX341R-BK has a 34-inch SVA panel with a 1800R curvature, 21:9 aspect ration and a 3440 x 1440 native resolution. It utilizes a W-LED backlight and has a typical brightness of 290 cd/sq.m. along with a 3000:1 contrast ratio. Vertical and horizontal viewing angles are specified as being 178°. The GTG response time is measured...

NEC MultiSync EA245WMi is a 24-inch desktop monitor with an ultra-narrow bezel and an AH-IPS panel and a W-LED backlight. The panel has a resolution of 1920 x 1080 pixels and a 16:10 aspect ratio. Its typical brightness and static contrast ratio are 300 cd/sq.m. and 1000:1, respectively. The panel covers 72% of the NTSC color space and 100% of the sRGB one. Its GTG response time is 6 ms. The monitor arrives with a...

NEC E245WMi-BK is the latest offering by the company from its MultiSync E series. This is a 24-inch, wide-screen (16:10) desktop monitor with slim design. It features an AH-IPS panel with an LED backlight, a 1920 x 1200 native resolution, brightness of 250 cd/m2 and a 1000:1 static contrast ratio. A DisplayPort, DVI-D and VGA inputs are also on board. The stand provides full ergonomic adjustment, including height...

If you're familiar with the NEC MultiSync PA322UHD, then the PA322UHD-2 won't be a surprise in terms of specs. The new model from NEC's MultiSync series has the same features as its predecessor with added connectivity slot, which allows 4K UHD input via a switchable DisplayPort 1.2 and an HDMI 2.0 option called Open Pluggable Specification (OPS). This is of special use to everyone working with image and video...

NEC made official two professional-grade monitors from its MultiSync EA series. The EA305WMi and the EA275WMi are wide-screen displays, designed for dual monitor configurations. Both feature NEC's exclusive ControlSync tech empowering you to control up to six displays in a multi-monitor configuration. The models also arrive with a smart sensing technology, which automatically sets a suitable brightness level...

A day after the announcement of the MultiSync E233WM desktop monitor, NEC presented the 75-inch X754HB display. It is made especially for environments that demand high brightness like front-facing store windows and outdoor applications. The display has been designed to withstand overheating from direct sunlight that would otherwise ruin normal displays by integrating thermodynamic cooling fans. In addition, it has a...

NEC made the MultiSync E233WM-BK desktop monitor official. With a 23-inch TN panel and FHD resolution, the display has a slim design and packs many eco-friendly features. It does radiate less heat, compared to previous generations, uses less packaging and maximizes recycled plastics in its production. In addition, its a carbon footprint meter improves energy efficiency. The W-LED backlight is mercury-free and the...

NEC has just announced its latest desktop monitor from its MultiSync E-series. Named E203Wi-BK, the new display is targeted at corporate and small-to-medium-sized business users. It features a 20-inch AH-IPS panel with a resolution of 1600 x 900 pixels. The W-LED-backlit panel provides 178-degree-wide viewing angles, excellent color accuracy and consistency. It has an aspect ratio of 16:9 and a typical brightness...